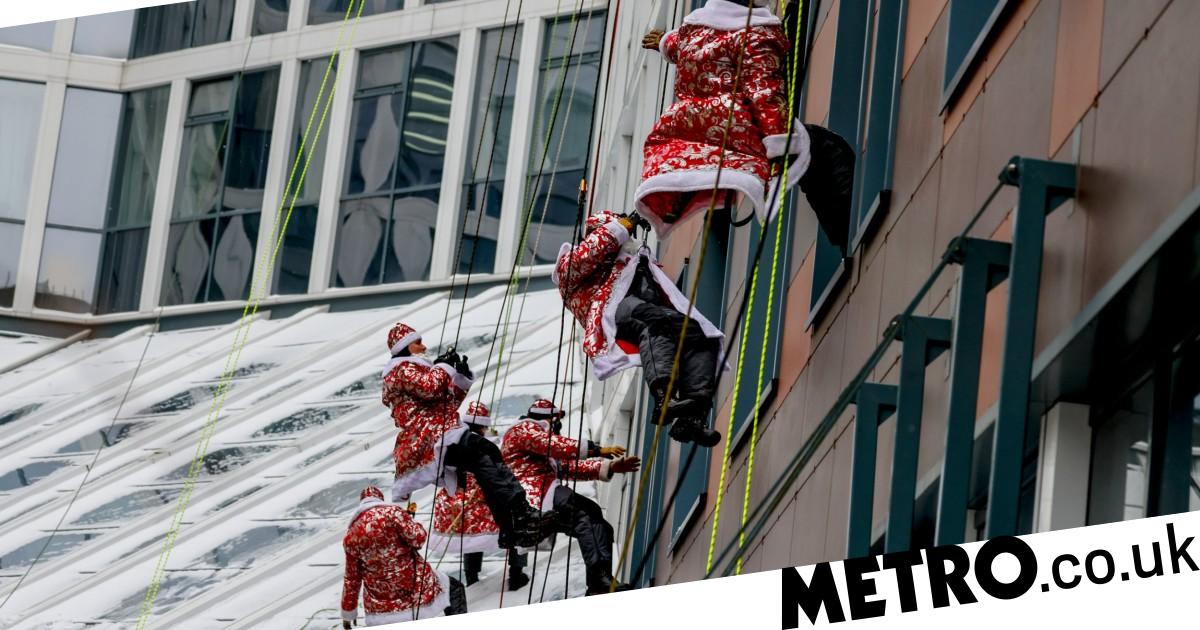 It’s not every day you see dozens of Santas rappelling down the side of a hospital, but that’s what happened in Russia earlier this week.

The stunt, which was designed to bring some festive cheer to children spending the holidays as inpatients, took place at Morozovskaya Children’s Hospital in Moscow on Christmas Eve.

Fifty members of the city’s fire and rescue department donned Santa Claus costumes – or Grandfather Frost as he is also known in Russia – to appear at the hospital’s windows.

The Santas were accompanied by snow maidens and a brass band playing traditional music.

The team used specialist climbing equipment to descend six storeys to delight youngsters who are currently being treated in the hospital and the staff looking after them.

The annual event, which has been running for eight years, also saw patients receive gifts from the visiting Santas.

Moscow is not the only city where Father Christmas has been spotted abseiling down buildings this year.

In Italy, members of the Italian alpine rescue dressed up and rappelled down the side of Rome’s Umberto I hospital to bring a smile to children on its paediatric ward on Thursday.

While in Slovenia, climbers dressed as Father Christmas rappelled down the side of Ljublijana’s children’s hospital to spread some much needed festive joy.