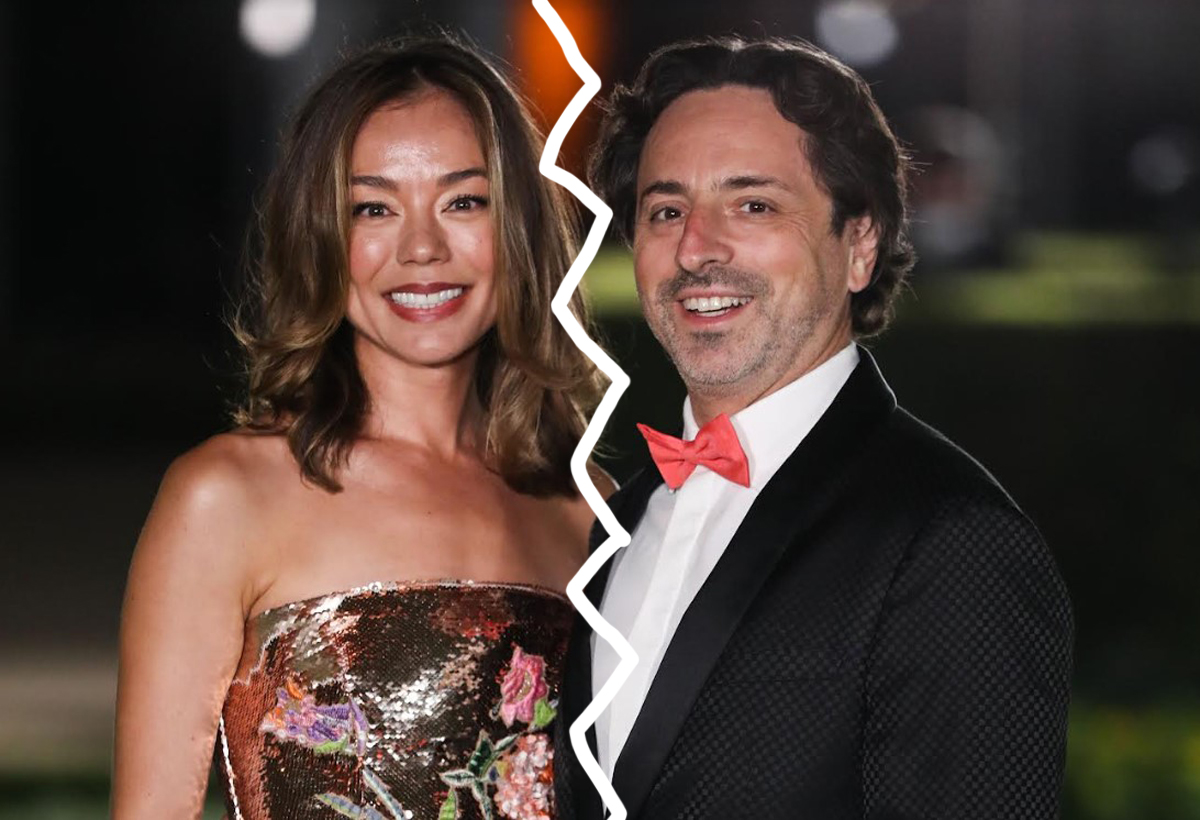 Sergey Brin, co-founder of Google, is filing for divorce from his (second) wife!

As you may recall, after the billionaire divorced his first wife Anne Wojcicki in 2015, they both jumped back into the dating game right away. For a brief period of time Anne was linked to former New York Yankees player Alex Rodriguez. Sergey started seeing Nicole Shanahan, who would become his second wife, that same year.

The pair were married in 2018, but after 4 short years of marriage, they too are going their separate ways. The court filings state that the couple has “irreconcilable differences” — ah, the old standby — and it is reported that they have been separated since December 2021. The divorce filings were brought public just days after the billionaire purchased a Malibu mansion for $13.5 million. It’s going to make one hell of a bachelor pad!

Related: Johnny Knoxville Files For Divorce After Over A Decade Of Marriage!

A lot of the details of Sergey and Nicole’s relationship and separation are under wraps, but one thing is for sure — they both want to protect their daughter! The child, who was born in 2018, is being kept out of the spotlight for fear of “kidnapping” or “harassment” amid the divorce. That doesn’t seem to be the only reason they’re keeping matters private, though! According to Insider, the papers filed by Brin’s legal team state:

“[Brin] is a co-founder of Google and one of the wealthiest and most famous technology entrepreneurs in the world. Because of the high-profile nature of their relationship, there is likely to be significant public interest in their dissolution and child custody issues.”

They aren’t wrong! Billionaire divorces are automatically a hot topic!

Speaking of exorbitant sums, the couple are allegedly paying big bucks for a private judge to keep all details of their split closely guarded! The judge charges $950 PER HOUR! Divorce proceedings are no quick matter, either, sometimes taking months or even years… That’s a lot of hours…

For the seventh richest man in the world, these numbers probably mean very little — especially if it saves him half his assets in the long run!

In the past few years, we’ve seen so many billionaires get divorced — from Jeff Bezos to Bill Gates — even Dr. Dre and Kim Kardashian! Whether this is some strange trend among the .1%, or if Cupid is just taking away all his arrows from the rich and famous, it’s definitely proving that money doesn’t buy happiness! At least, not a happy marriage…