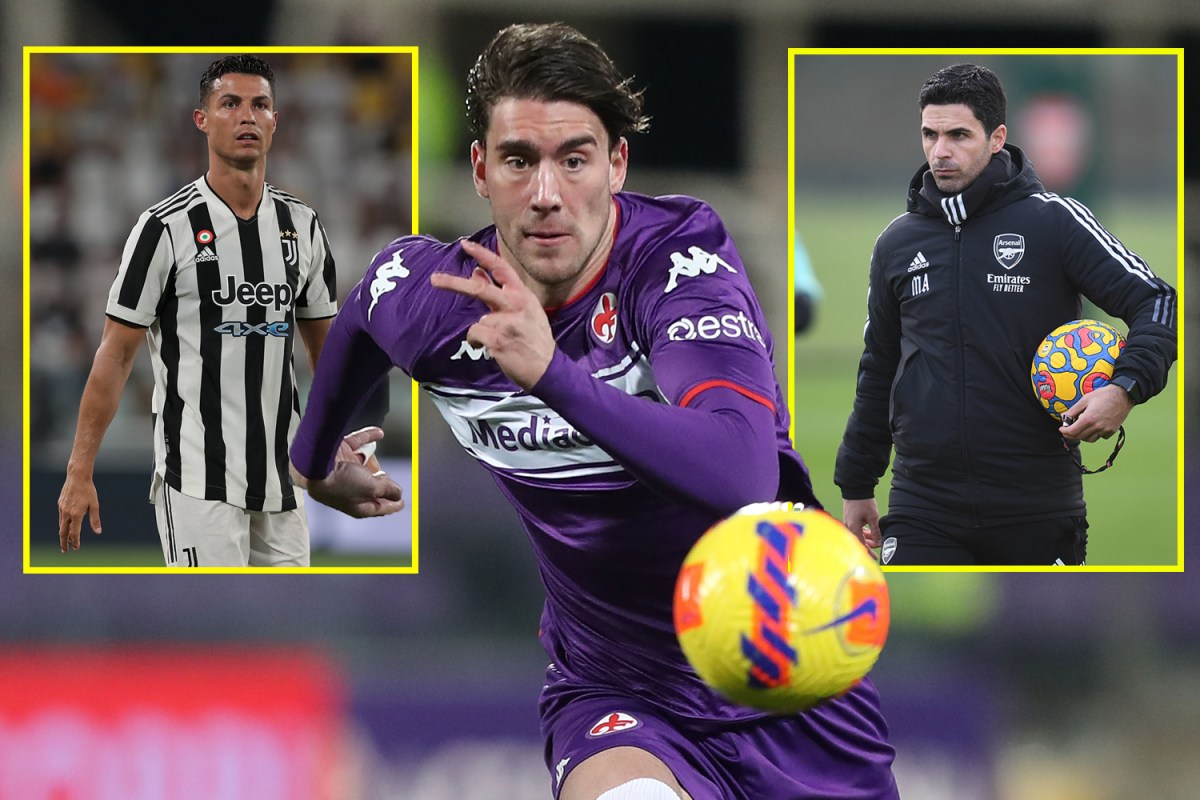 Arsenal and Manchester City will be on red alert with Dusan Vlahovic appearing set to leave Fiorentina.

The Serbian striker, who has been heavily linked with a Premier League move, showed he has exactly what it takes to thrive in the top flight as he equalled a Cristiano Ronaldo Serie A record.

As he pulled a goal back for Fiorentina in a 2-2 draw against Sassuolo, Vlahovic scored his 33rd Serie A goal in 2021, equalling Ronaldo’s record set in 2020.

Vlahovic will be out on his own if he can net in Fiorentina’s clash at Verona on Wednesday night.

Fans of the Florence-based side will be extremely proud of their player, who has more league goals this calendar year than Lionel Messi and Mohamed Salah (both 24).

However, amid the breaking of the record and eclipsing the Paris Saint-Germain and Liverpool stars, there will be sadness among the Fiorentina faithful as comments from director Joe Barone suggest Vlahovic won’t be at the club much longer.

Barone said: “Dusan and his agent have turned down our new contract proposal. We offered the best salary in Fiorentina history.”

But a whole host of Premier League clubs will be licking their lips about this development with the January transfer window round the corner.

City and the Gunners are tipped as frontrunners to sign the player, who once described himself as the ‘Belgrade Ibrahimovic’.

Arsenal are said to be on the lookout for a new frontman with Pierre-Emerick Aubameyang’s future at the club uncertain amid an apparent fallout with Mikel Arteta.

Pep Guardiola’s side are top of the league at the moment without a top, top striker in their ranks. Signing Vlahovic could see them blow the rest of the division out of the water this term.