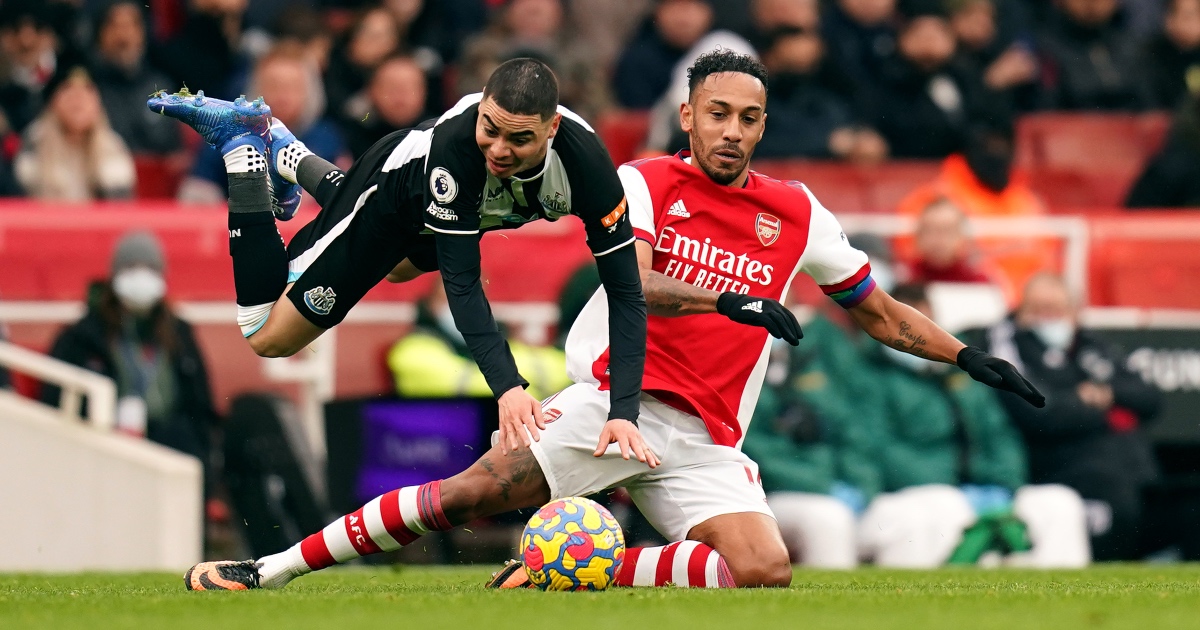 Former Chelsea striker Tony Cascarino has urged Newcastle to rethink their pursuit of Pierre-Emerick Aubameyang as he “doesn’t see this deal being a good one at all.”

Aubameyang is out in the cold at Arsenal after a disciplinary breach saw him stripped of the captaincy.

He hasn’t played since December 6 and is being linked with a move away from the club in the January transfer window.

BT Sport failed us all on Arsenal v Manchester City

According to reports, Newcastle have approached the Gunners over a potential loan move, with a view to making the deal permanent in the summer.

The Magpies are flush with cash after October’s PIF takeover and are ready to spend big as they look to avoid relegation.

Defensive reinforcements are the main priority but with Callum Wilson out injured, the club have been forced to assess alternative forward options, such as Aubameyang and Anthony Martial.

On paper, signing either of these players would be a major coup for a relegation-threatened side but Cascarino has identified a number of reasons why the Gabonese striker wouldn’t be the right fit for Eddie Howe‘s side.

“He’s someone who is not in the Arsenal first-team, let’s get that right,” he told talkSPORT.

“Do you want a player who is going to show commitment, running, doing all the ugly stuff in the game that you’re going to need to survive? Does he do that very well? I’d say that’s the worst part of his game.

“Is he a quality footballer that can turn a game in a moment? At his best, yes. But when has he last done that regularly? Not very often this season, even towards the end of last season.

“I don’t see this deal being a good one for Newcastle at all. I think it will be more of an air of is Aubameyang doing Newcastle a favour and I probably think, no, he’s not going to be doing them a favour.”

Newcastle are two points adrift of safety and have won just one match all season. Their next league game is a home fixture against Watford.