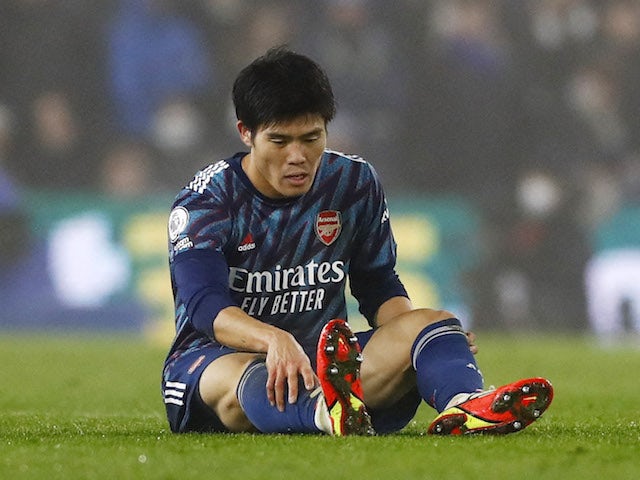 Arsenal have confirmed that Takehiro Tomiyasu, Cedric Soares and Ainsley Maitland-Niles will not be involved against Norwich City after testing positive for coronavirus.

None of the trio was named in the starting lineup or on the bench for the encounter at Carrow Road, with Tomiyasu’s absence originally thought to be down to his injury scare.

However, the Gunners subsequently revealed that the three players had contracted COVID-19, with Ben White starting at right-back in the absences of Cedric and Tomiyasu.

With no Maitland-Niles in the squad for the Boxing Day clash, Mikel Arteta has elected to call upon Charlie Patino for a spot on the bench after the 18-year-old scored on his debut for the club in the EFL Cup thrashing of Sunderland.

Albert Sambi Lokonga and Pablo Mari are among the substitutes after recovering from their own COVID-19 episodes, and Rob Holding partners Gabriel in defence with White at right-back.

Furthermore, there is still no place in the squad for Pierre-Emerick Aubameyang after the 32-year-old was stripped of the captaincy earlier this month.