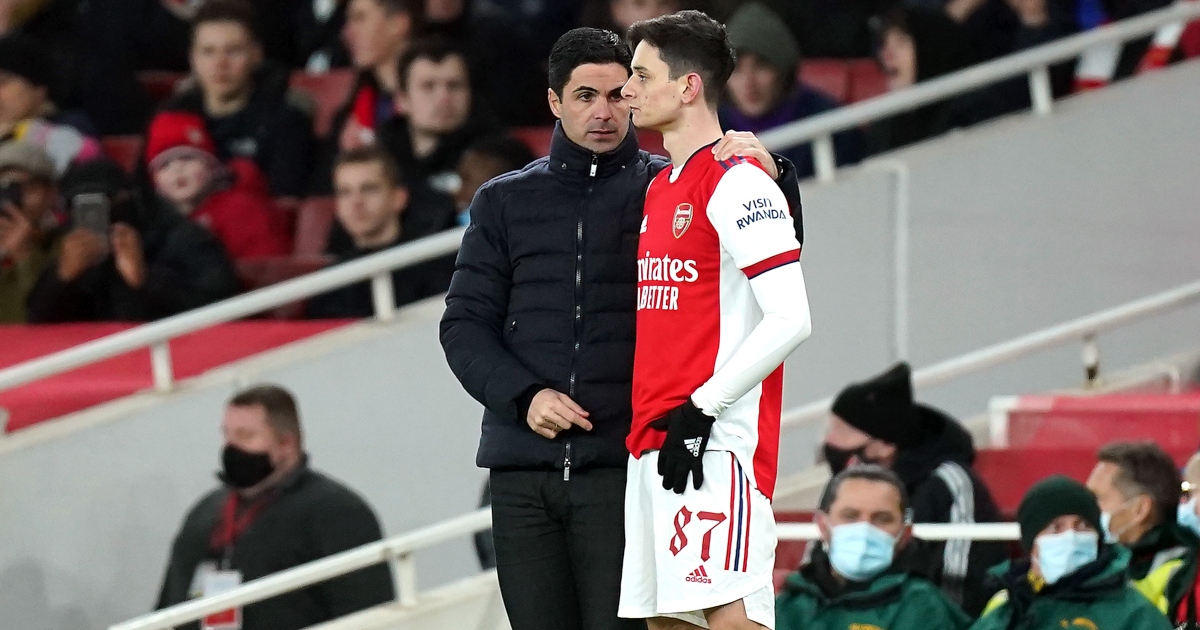 The 18-year-old made a goalscoring debut in Tuesday’s 5-1 win over Sunderland to help the Gunners qualify for the Carabao Cup semi-finals.

Highly-rated Patino has been a regular in England age groups and has consistently been talked up by those at the club’s Hale End academy.

Could the Carabao Cup add some fizz to flat international breaks?

With Arsenal set to lose central midfielders Thomas Partey and Mohamed Elneny for the majority of January due to their involvement at the African Cup of Nations, Arteta was asked if that could mean more chances for the teenager.

He said: “Charlie is with us more and more in training sessions. Tuesday was his first competitive match, which was a beautiful day for him and everybody involved in the club.

“We’ll go slowly from there. If we need him, we will use him if the numbers are quiet but we have to throw him in there when we believe he’s ready.

“He’s making the right steps and we’re really happy with where we are.”

Patino is the latest Arsenal academy graduate to be trusted by Arteta, who has helped nurture the talents of Bukayo Saka and Emile Smith Rowe during his two years at the Emirates.

Two other products from Hale End in Folarin Balogun and Eddie Nketiah also started in the midweek success over Sunderland, with the credit being directed towards the coaches in the youth-team set-up.

Arteta added: “I am delighted but that is down to all the work that has been done in the academy and at the club for many years.

“This is the fruits of that work and now it is about finding the right moments to give opportunities to these kids and finding the space in the squad to be able to do that.”

While Nketiah scored a hat-trick in Tuesday’s thrashing of the Black Cats, the forward could leave in the summer with his current contract running down.