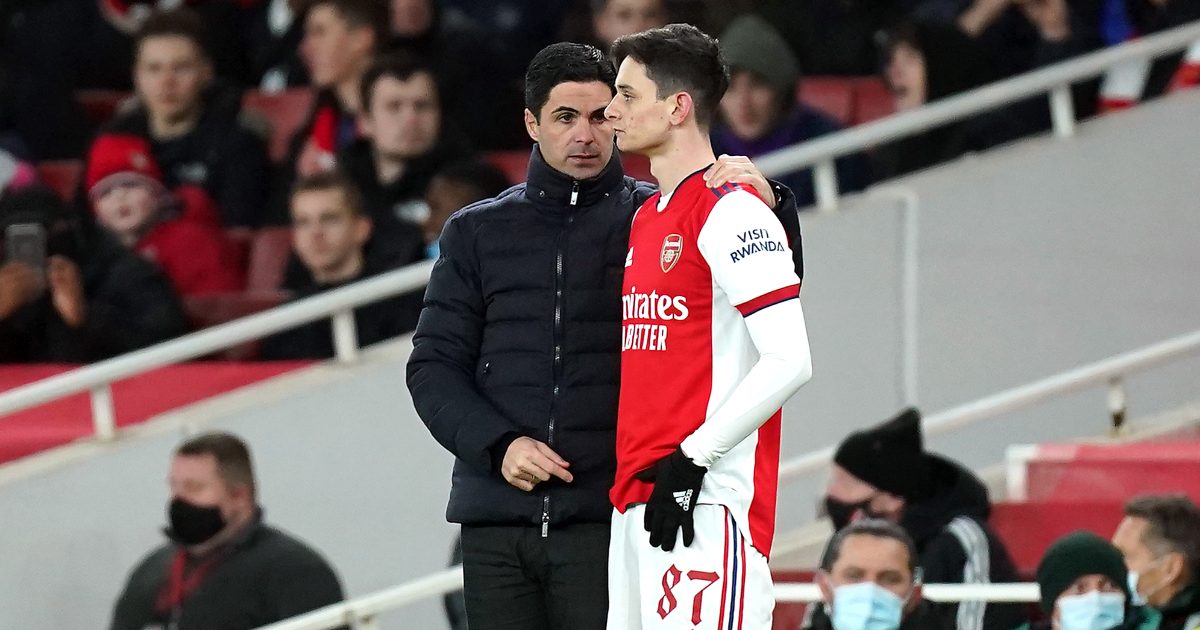 After knocking Sunderland out of the Carabao Cup, Mikel Arteta insisted that he “really wants” to keep Arsenal forward Eddie Nketiah.

The Gunners beat West Brom, AFC Wimbledon and Leeds United to reach the quarter-finals of the Carabao Cup.

Arteta made nine changes for their last eight tie against Sunderland. Nicolas Pepe, Emile Smith Rowe, Folarin Balogun and Nketiah were among those who came into the starting eleven.

Ranking every manager by their impact since being appointed

Nketiah made a big impact at the Emirates as he scored a hat-trick to help his side advance. Pepe netted in the first half and 18-year-old Charlie Patino debutant added another late on as Arsenal won 5-1.

The remaining Carabao Cup quarter-final ties take place on Wednesday night. Arteta said after beating Sunderland that he is keen to keep Nketiah.

🗣 “It’s what he does every day in training, puts the ball in the back of the net.”

Mikel Arteta says the club and himself are trying to convince Eddie Nketiah to stay at the club pic.twitter.com/H1AVe6Zi3M

The forward is out of contract next year and he has reportedly rejected a new contract:

“I have been very consistent with what I think of Eddie, how much we like him and his contribution to the team every time he plays has been top,” Arteta told Sky Sports.

“The only thing is he wants more minutes. That’s his desire. I really want him to stay here and that is what we are trying to do. Eddie is a really important part of the squad.”

On Patino, Arteta added: “He didn’t (disappoint) he is a player who has a lot of personality, I’m delighted for him. He is a kid we like so much. To have his debut like that and score a goal, it’s something special.”

Nketiah said post-match that he is “eager” to play: “I’m desperate to play football, every player wants to play. All I can do is keep working hard. It will sort itself out, hopefully I get opportunities.

“I’m eager to play football, I’m here under contract and as long as I play for Arsenal I will give it my all. If the manager needs me I will be ready to help the team.

“This competition is where I have been getting starts, whenever I’m asked to play I will do my best and help the team. I’m ready when the manager needs me.”