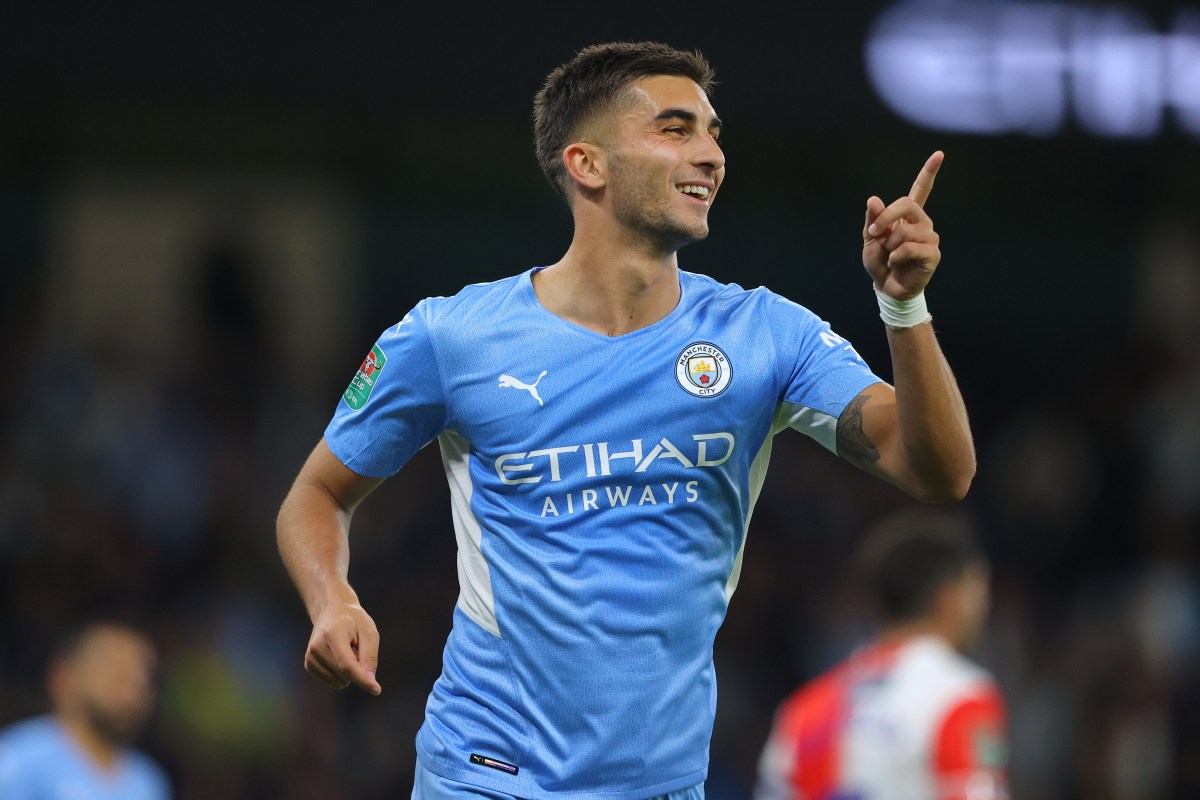 Ferran Torres is set to join Barcelona from Manchester City in a deal worth over £50million, according to reports.

It’s claimed the 21-year-old will join the club in January after just a season-and-a-half at the Etihad Stadium, where he has helped Pep Guardiola win the Premier League title and Carabao Cup.

According to The Athletic, the deal has been signed with the transfer worth an initial £46m, plus add-ons.

Torres started the season brightly for the Premier League champions but a fractured foot has seen him miss several weeks of action.

The Spaniard joined the club from Valencia in the summer of 2020 for a reported fee of £20m and, whilst Guardiola will be disappointed to lose a promising youngster and see him return to LaLiga, the boss will at least be happy to see the club make a handsome profit.

With Sergio Aguero recently retiring, Barcelona are in need of reinforcements up front and, despite their financial woes, they appear to have found a way to secure the deal.

Since the departure of Lionel Messi last summer, the Catalan giants have been on a huge rebuild that has seen several names depart and plenty of younger players be promoted from the academy.

Whilst Barca are a long way from getting back to the heights they’re used to, the development of players such as Gavi, Ansu Fati and Pedri are bound to get the club back to where they belong.

Alongside the three promising youngsters, Torres is set to give new manager Xavi a much needed boost as the club look to secure Champions League football next season.