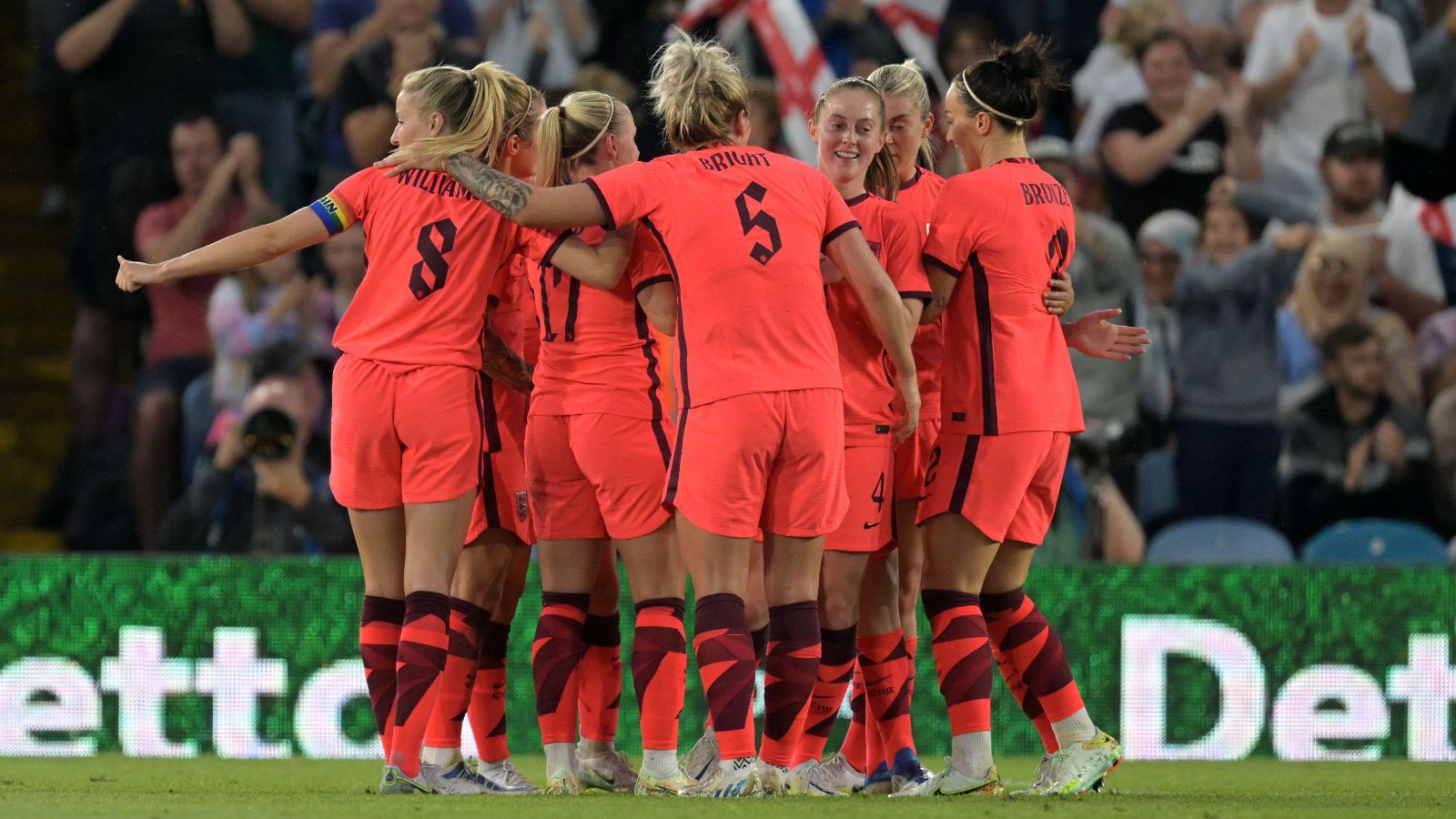 Beth Mead scored a brace for England as they hammered the Netherlands 5-1 at Elland Road in a warm-up game ahead of this summer’s European Championships.

The Lionesses fell behind early on as Lieke Martens found the net. Lucy Bronze equalised for England before Sherida Spitse’s penalty went wide.

The hosts capitalised on this missed chance as Mead made it 2-1 moments later. Ella Toone and Lauren Hemp added efforts with around 15 minutes to go.

Whisper it, but England are looking good for the WEuros

Mead subsequently netted her second late on to complete a superb victory for Sarina Wiegman’s side against the team she led to Euro 2017 glory and the 2019 World Cup final.

England are now 13 games unbeaten since Wiegman took charge of them, with this 11th win of her tenure a major confidence boost a few days out from the start of their Euros campaign.

The Lionesses play the final of their three warm-up fixtures against Switzerland in Zurich next week before taking on Austria at Old Trafford in the tournament’s opening match on July 6.

Wiegman made five changes to her starting line-up from last week’s 3-0 win over Belgium at Molineux, with those coming into the team including Rachel Daly, for whom it was an emotional occasion as she won her 50th cap.

Leeds fan and former player Daly was playing for the first time at a ground she had attended with her family since childhood, nine months on from the death of her father Martyn.

Also brought into the team was Fran Kirby, whose early delivery was headed wide by Hemp, and Beth England, who was unable to touch the ball past Sari Van Veenendaal following a cross from the same source.

The visitors – currently managed by Englishman Mark Parsons – were then relieved to see the ball go wide when Van Veenendaal’s kick bounced off Hemp in their area, before going close at the other end as Mary Earps did well to block Lineth Beerensteyn’s shot with her leg.

Soon after, a miscued Millie Bright pass led to a corner for the Netherlands and the resulting delivery from Spitse was headed by Martens past Earps to put the Netherlands in front on 22 minutes.

England responded with a low free-kick from Alex Greenwood on the half-hour mark that was comfortably dealt with by Van Veenendaal, then drew level moments later when Bronze hit a spinning effort from the right side of the box which looked to have been intended as a cross, and the ball went over the goalkeeper and into the far top corner of the net.

The Netherlands were presented with the chance to reclaim the lead early in the second half when they were awarded a penalty following Greenwood’s challenge on Danielle Van De Donk, referee Sandra Bastos pointing to the spot after a VAR review and watching the incident back on the pitchside monitor.

But Spitse was unable to mark her milestone appearance by converting the spot-kick, sending her effort from 12 yards off the post and wide – and instead it was England who grabbed the lead themselves within seconds as Hemp crossed from the left and Mead, who had come on at half-time, slid in to divert the ball home.

The Netherlands reacted by brining on record scorer Vivianne Miedema, while England made a triple substitution, including the introduction of Toone.

And after unsuccessful attempts by Hemp and Daly, Toone made it 3-1 with a curling shot from the edge of the box that Van Veenendaal made a hash of trying to keep out.

Number four was swiftly added when Toone hit the post, the Netherlands failed to clear and Hemp volleyed in, and Mead then completed the rout in the 90th minute, striking past Van Veenendaal after dancing around Dominique Janssen.