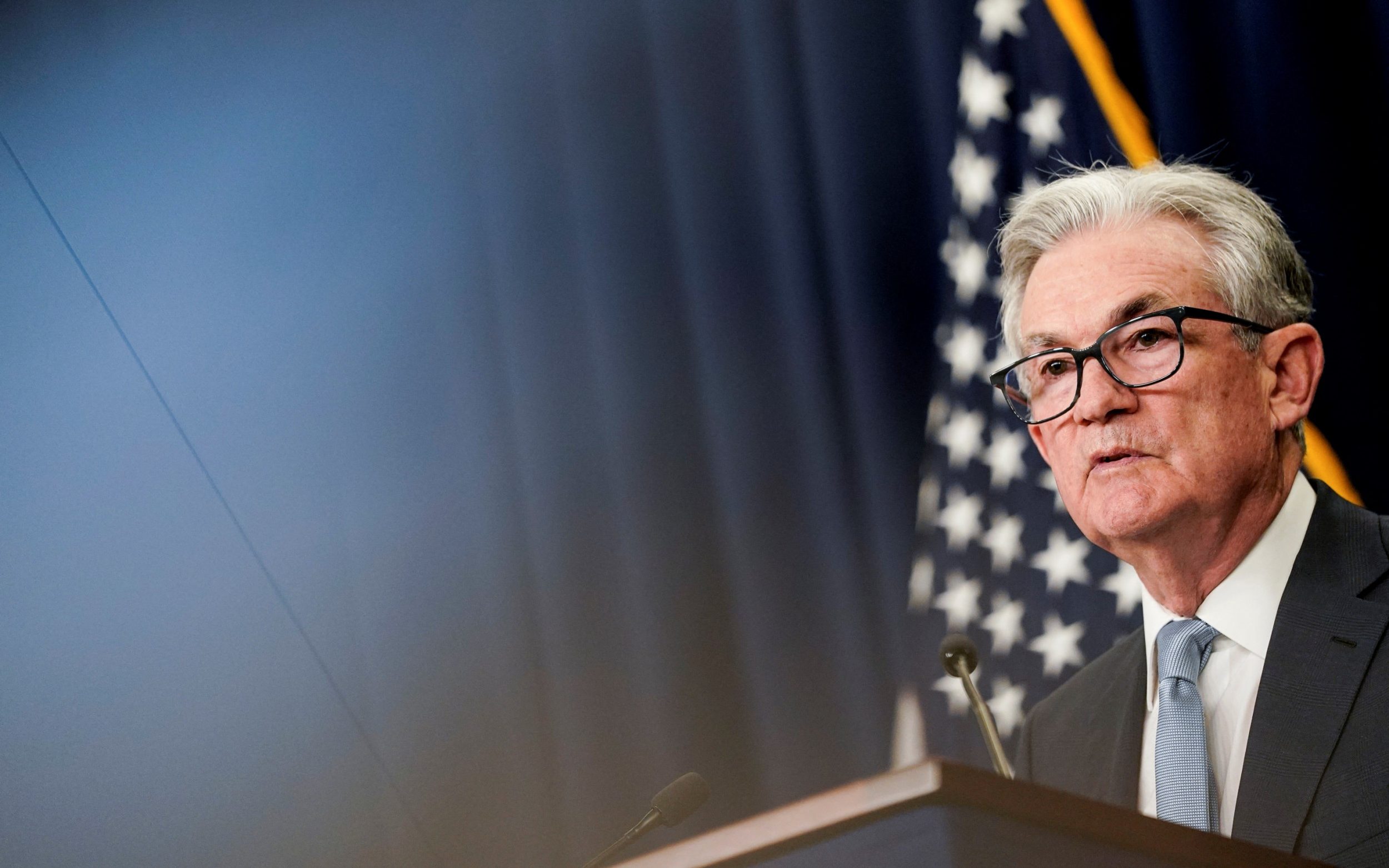 Martin Beck, chief adviser to the EY Item Club, said higher US interest rates and the lower pound put more pressure on the Bank of England to accelerate rate rises.

He said: “It puts more pressure on them to tighten. But whether they would want to be seen to do that too obviously is another question – if they are, it might undermine confidence. If people say they are [raising rates sharply] because the pound is dropping, it suggests an element of panic.”

Traditionally the Bank would “look through” the inflation caused by a drop in sterling and let the impact fade over time, but now “as it is combining with other inflationary forces, the Bank will be more concerned”, said Mr Beck.

Fears of recession are also limiting the MPC’s appetite to follow the Fed. The UK economy registered a surprise 0.3pc contraction in April.

The Organisation for Economic Co-operation and Development predicts zero growth next year, the weakest forecast for any major economy.

But Mark Carney, a former governor of the Bank, said central bankers “need to catch up with their economies”, suggesting they “front load” rate increases.

He said: “They’ve been behind the curve, they’ve acknowledged this.

“And they need to start to get interest rates above inflation effectively, or at least inflation expectations.”

Inflation is currently running at 9pc in the UK, its highest level since the early 1980s and four and a half times the Bank’s 2pc target.

The Bank has so far raised interest rates from 0.1pc to 1pc since December, but Michael Hewson at CMC Markets said the surge in the dollar effectively undoes much of the Bank of England’s work to try to take the edge off inflation.

“Since December the pound has dropped 10pc against the US dollar, and is down 15pc over the past 12 months, completely negating any effect higher rates might have had in controlling import inflation,” he said.

“The effect of the decline in the pound has been to push Brent crude prices in sterling terms to over £100 a barrel and – given that commodities are priced in US dollars – has magnified the inflationary shock to the UK economy on other food price measures as well.”

George Buckley, chief UK economist  at Nomura, said that a 10pc fall in the pound typically adds around 0.75 percentage points to inflation over the subsequent year.

“It is more than any other major developed economy – more than Europe, the US or Japan. We are more sensitive as we have more imports and exports relative to GDP than those countries,” he said, noting that the pound is closing in on the low level of $1.16 last seen in the 1980s.

However, it does not automatically mean that the Bank will bow to the pressure. The fall in the pound should only boost the rate of inflation in the relatively short term, before prices level off again.

In the past, Mr Buckley said, the Bank of England has taken the view that a rise in interest rates in the US should slow the world’s largest economy, hitting a key export market for British businesses and so slowing the UK in turn, potentially reducing the need for rate rises here.

Fed policymakers slashed their forecasts for economic growth while raising predictions for inflation.

They now think the economy will grow by just 1.7pc this year and the same again in 2023, down from forecasts in March that GDP would rise by 2.8pc and 2.2pc in those respective years.

At the same time, inflation is getting worse, averaging 5.2pc across the year as a whole, rather than the 4.3pc they had anticipated in March.

Analysts fear sharply higher borrowing costs risk a recession in the US later this year or in 2023, with dire consequences for the rest of the world.