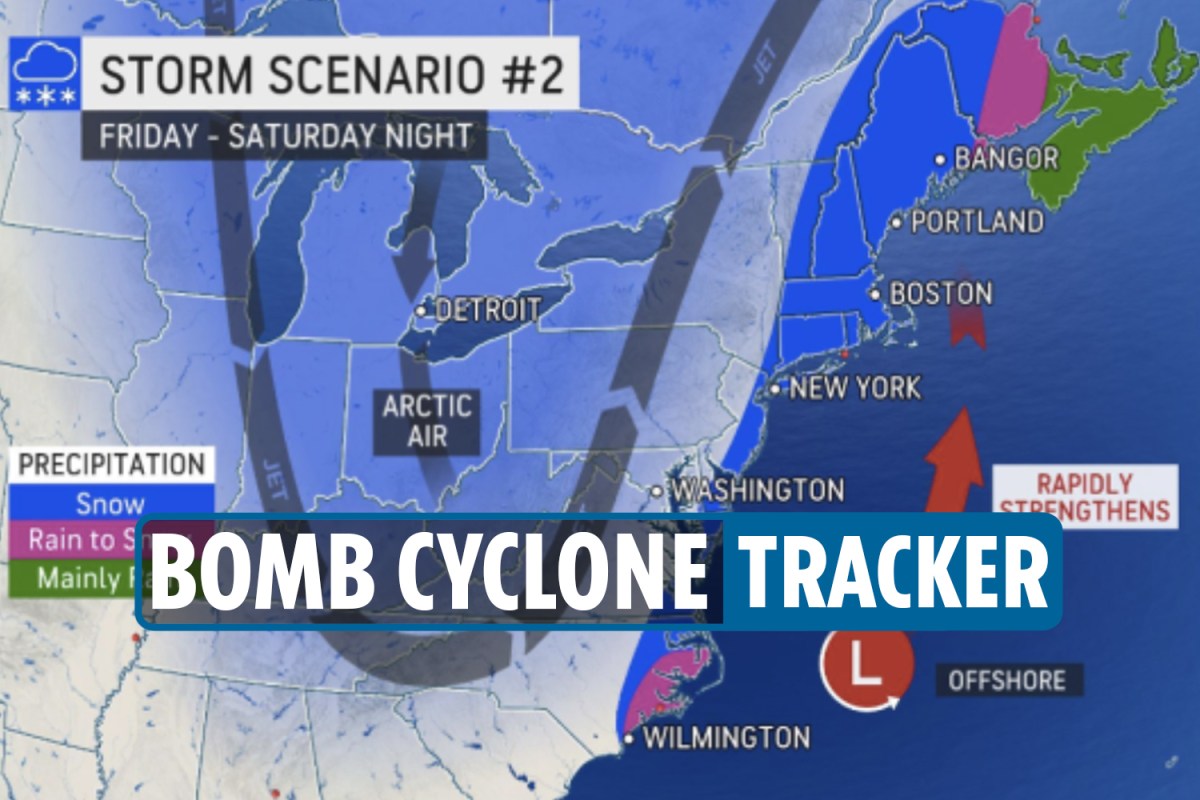 FORECASTERS have issued a bomb cyclone warning with up to 20 inches of snow predicted to hit this weekend.

The Northeast could see its first ‘bomb cyclone‘ blizzard in four years, according to meteorologists.

As the region braces itself for another winter storm this weekend forecasts show New York City could see as much as 20 inches of snow, NBC reports.

The potential nor’easter is expected to form off the Mid-Atlantic by the Carolinas late this week and charge up the East Coast over the weekend.

As of Thursday, the track of the storm shows central and eastern Long Island to New England could be hardest hit.