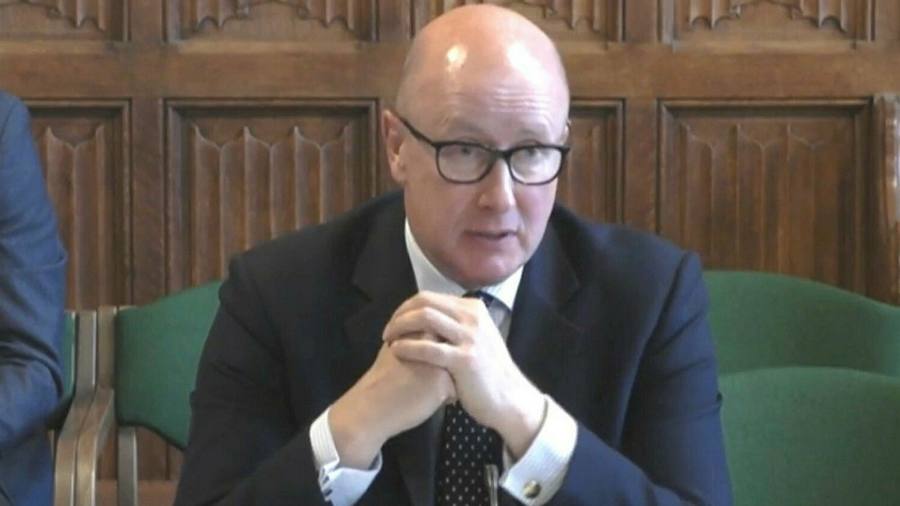 Lord Christopher Geidt on Wednesday became the second ethics adviser to quit under Boris Johnson’s premiership, a day after expressing his “frustration” over the “partygate” affair.

Geidt’s resignation caught Downing Street by surprise and his departure will raise further questions over Johnson’s conduct and overall standards in his administration.

The adviser said this week it was “reasonable” to conclude the prime minister had breached the ministerial code over Covid-19 lockdown parties. He set out his reasons for quitting in a private letter to Johnson.

Number 10 insiders said Geidt’s resignation was “a total surprise” and that he had indicated only this week that he would like to continue in the job for another six months.

On Wednesday, after weeks of speculation that he was on the brink of resignation, Geidt quit, announcing his decision in a terse statement shortly before 7pm.

In the announcement released by the government, he said: “With regret, I feel that it is right that I am resigning from my post as independent adviser on ministers’ interests.”

A government spokesman on Wednesday night expressed “disappointment” but added that Geidt had been asked this week “to provide advice on a commercially sensitive matter in the national interest”.

No further details were given on what the issue was — or whether it played a contributory part in Geidt’s resignation — but the spokesman added that “no decision had been taken pending that advice”.

Geidt’s departure will refocus attention on Johnson’s conduct in Downing Street, a week after he survived a confidence vote among Tory MPs by 211 votes to 148.

The adviser, former private secretary to Queen Elizabeth, was recruited by Johnson in April 2021 and lasted little over a year in the job. He told MPs to laughter, this week that it had been an “exceptionally busy” year.

Geidt’s first task was to investigate the financing of Johnson’s refurbishment of his Number 10 flat. He was criticised for not being thorough enough in probing the prime minister’s claim that he was unaware that financing was coming from a Tory donor. Questioned by the Commons public administration committee on Tuesday, Geidt acknowledged: “How can I defeat the impression that it’s a cosy, insufficiently independent relationship? It’s very hard. But I’m trying my best to work with what I’ve got.”

He described himself as an “an asset of the prime minister . . . rather than a free-orbiting adviser”, even though he felt Johnson had given him new powers to initiate his own investigations.

In the end, the strains of the job and the public criticism of him — some media reports portrayed him as “a stooge” — appear to have taken their toll.

Geidt had said it was “reasonable” to suggest Johnson may have breached the ministerial code when he was fined during the partygate scandal. He demanded a statement from Johnson to explain his conduct and the prime minister cleared himself of any breach.

He told MPs the “ordinary man or woman” might have concluded Johnson had breached the code, given he had received a fixed-penalty notice. The code requires ministers to comply with the law.

Geidt suggested he warned Johnson he would quit if he did not explain his conduct: “Resignation is one of the blunt but few tools available to the adviser. I am glad that my frustrations were addressed in the way that they were.”

Angela Rayner, deputy leader of the Labour party, said: “The prime minister has now driven both of his own handpicked ethics advisers to resign in despair. If even they can’t defend his conduct in office, how can anyone believe he is fit to govern?”

Lord Nick Macpherson, former Treasury permanent secretary, said it was hard to see any credible figure volunteering to take on Geidt’s role as it was currently configured.

“Even if the ethics adviser’s powers are increased, the system is only as strong as the PM’s commitment to high standards,” he said on Twitter.