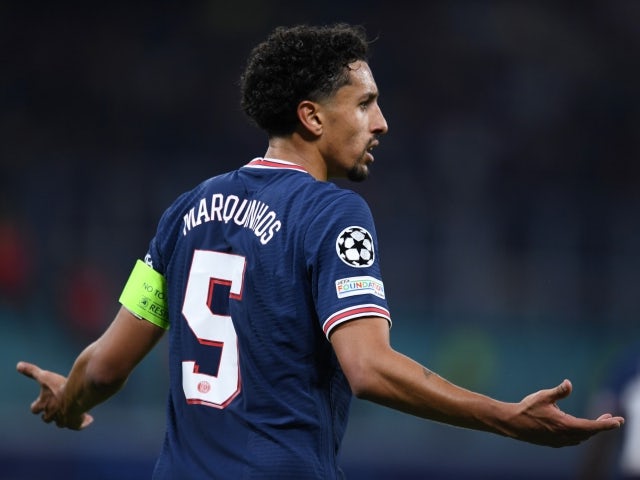 Chelsea reportedly suffer a major blow in their pursuit of Paris Saint-Germain centre-back Marquinhos, who is set to sign a new long-term contract.

Chelsea have reportedly suffered a major blow in their pursuit of Paris Saint-Germain centre-back Marquinhos.

The Blues were heavily linked with the 27-year-old over the summer, however a transfer to Stamford Bridge failed to materialise.

Thomas Tuchel‘s side are believed to still hold an interest in the Brazil international ahead of the winter window, as they seek to replace Antonio Rudiger and Andreas Christensen who are both out of contract next summer.

However, journalist Fabrizio Romano has revealed that Marquinhos is set to sign a new long-term contract with PSG until either June 2026 or 2027, ending any potential rumours of an exit from the Parc des Princes.

The report adds that the defender will commit his future to the Parisian outfit for the prime years of his career and his new deal is set to include Champions League and Ligue 1 bonuses.

Marquinhos has enjoyed a trophy-laden career with PSG since joining from Roma in 2013, winning a total of 25 domestic trophies, including six Ligue 1 titles.