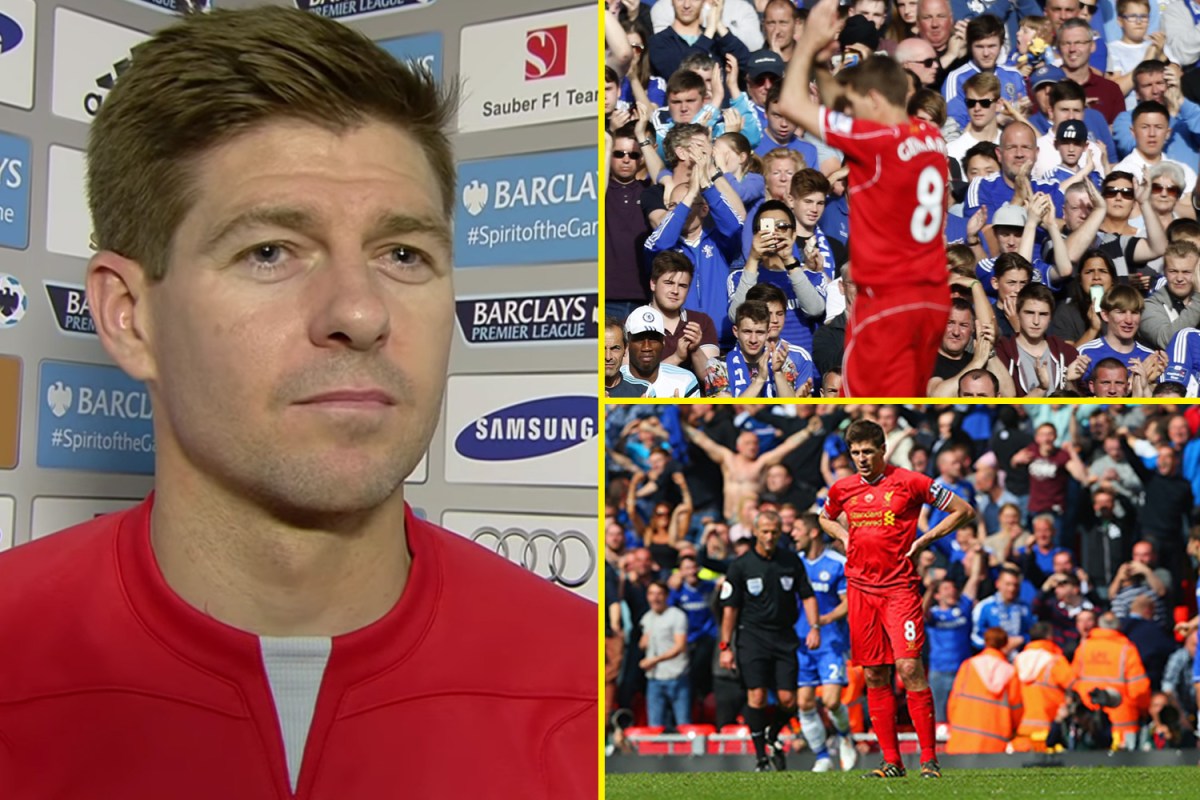 No matter how deep, beneath every football rivalry lies a thin layer of respect.

For Chelsea, Steven Gerrard was on the top shelf of enemies, right next to Tottenham and Norwegian referee Tom Henning Ovrebo.

He personified a war between the Blues and Liverpool which established itself during his career, as the two clubs seemed to meet in the Champions League every season.

Maybe it was the fact many considered him better than Chelsea hero Frank Lampard, or because he eventually rejected the chance to sign for Jose Mourinho’s side in 2005, despite originally packing his bags.

And it has to be said, for all his outstanding brilliance in a Liverpool shirt, Gerrard became an easy target for the Stamford Bridge faithful.

It started with an own goal in the 2005 Carling Cup final, with many at the time suggesting the midfielder was merely opening his account for Chelsea.

Five years later, Gerrard would claim a crucial assist for the Blues, with a sloppy backpass that allowed Didier Drogba to score in a 2-0 victory, which put the 2009/10 title within their grasp.

But the relationship between Gerrard and Chelsea will forever be defined by one moment: the slip in 2014.

The following season, when Gerrard played his last match at Stamford Bridge, that song rang around the ground for 79 minutes.

But much like he did down the years, the Reds legend gave as good as he got, scoring Liverpool’s equaliser in a 1-1 draw.

Then one of those transcendent sporting moments happened when he was substituted.

Led by Mourinho, the Chelsea fans rose to their feet to clap Gerrard off the pitch, wilfully exposing that thin layer of respect which was there all along.

For Gerrard, though, there was nothing left but ill-feeling, mixed with a bit of banter.

When asked about the reception, Gerrard said: “I was more happy with the ovation from the Liverpool fans.

“Chelsea fans have had respect for a couple of seconds today but have slaughtered me all game.

“I’m not going to get drawn into wishing Chelsea fans well. It was nice of them to turn up for once today.”

Gerrard will face Chelsea for the first time since that day when his Aston Villa side host Thomas Tuchel and co. on Boxing Day.

Have six years done anything to cool his hatred for the Blues? It would appear so.

He told a press conference on Wednesday: “There’s a lot that has happened, but for me it’s very much water under the bridge.

“I’m sure I’ll get a little bit of stick off the Chelsea fans, but I certainly welcome that, it’s part of the banter in the game.

“But this is not about me and my playing days against Chelsea, it’s very much about Aston Villa and Chelsea, which is completely different.”

Aston Villa vs Chelsea is live on talkSPORT at 5.30pm on Boxing Day