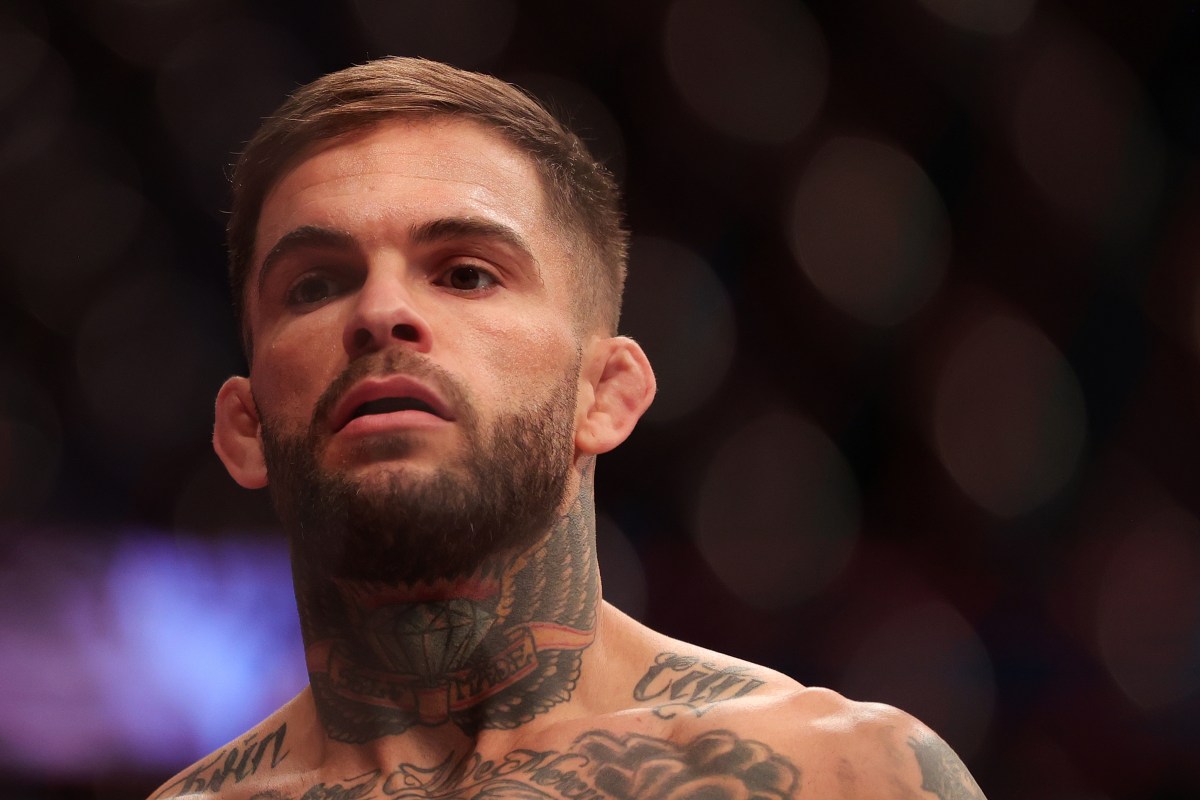 Cody Garbrandt’s uncle and former coach Robert Meese says if his nephew suffers another knockout loss it will be curtains for his career.

Meese, who trained Garbrandt since he was a child, also believes the severe weight cuts he has endured may have damaged his body.

The 30-year-old, a former UFC bantamweight champion, has suffered five defeats in his last six fights and included four knockouts.

“If Cody gets knocked out again, I am pretty sure his career is over, But Cody can come back, George Foreman hit a bump in his career and came back and he had more fun and made more money and won the heavyweight title,” he said.

“So, Cody can come back, but he needs to learn fight defence, let your defence set up your offence, he’s been stopped four times, but then look at the Rob Font fight he went all rounds with Rob. In terms of weight cutting, has he done damage to his body?”

Garbrandt has tried his hand at multiple weight divisions, most recently at flyweight losing out to Kai France in the first round, and Meese says you don’t know how the weight feels until fight night.

He said: “In terms of cutting weight, I can only speak about what I know. I was preparing for a fight, and I had to cut extra weight at the last minute due to the opponent. So, I had to get down to a certain weight.

Defeating Dominick Cruz at UFC 207 back in 2016, with a performance being dubbed one of the greatest displays in a UFC title fight, Garbrandt had the world at his feet.

Since then, back-to-back losses to former teammate TJ Dillashaw, along with losses to Pedro Munhoz, Rob Font and most recently Kai France, the former champion has only one win since that night at UFC 207 and Meese believes his nephew needs to go back to what got him to the top.

“To be honest I’m not sure, if he goes back to what got him there then yes, but the difference back then was Cody was hungry, he knew what he wanted. He used to be the first one at the gym and the last one to leave,” Meese said.

“Then for example before the fight with TJ we would be calling Cody asking where he was at. For the TJ fight I never really worked with Cody one on one like I did in all his previous fights.

“Before the TJ fight Cody just seemed like he always had other stuff to do. I don’t know if Cody fell out of love with it at that time.”

Garbrandt faced off against Dillashaw on two occasions and suffered losses via TKO on both occasions, and the coaching team at Team Alpha Male all had their concerns going into the fight.

Meese added: “Going into the TJ fights we were concerned, because there was a change in Cody. When Mike Tyson was knocking everybody out and then he lost he didn’t have that same fire, it happens to fighters.

“To fight TJ, we had a good plan, TJ always pulls hard to the right, that’s why TJ got hit by the right by Cody. So, we would double pump the right or throw the right hand, lead first instead of a jab.

“That method is proved because TJ got knocked out by Henry Cejudo by him throwing a lead right and a kick. In preparation for the fight Cody wasn’t 100%.

“Cody was missing shot combinations on the mitts in camp, I told him if he’s missing the mitts he will miss in the fight.

“We all knew Cody wasn’t at his best going into that fight, me, Urijah Faber, Chris Holdsworth we all knew.”

Garbrandt has been actively seeking a fight with Sean O’Malley, who rejected the proposal.

Meese added: I think he should just train train and train. It would be nice to get that O’Malley fight, but hey O’Malley said it right why would he fight Cody. But if I am Cody, train to win, have some fun, and if his next fight is his last fight enjoy it.”