David Beckham has opened up about his wife Victoria Beckham‘s regrets over her behaviour as a famous WAG in the 2000s.

The soccer superstar admits there was a lot of behaviour that went on – particularly during the 2006 FIFA World Cup – that wasn’t quite appropriate.

“Looking back, that whole culture, there was a lot of attention, and whether people behaved themselves in the right manner, I don’t know,” he said in conversation with former Manchester United teammate Gary Neville on the Overlap podcast.

READ MORE: Why we won’t see Prince Louis again for a while

He revealed Victoria herself says, “What was I doing? What was I wearing? Why would I do that?” when looking back on her time supporting her husband alongside other wives and girlfriends. Other notable WAGs of the time included Colleen Rooney and Cheryl Cole.

At the time, the player’s partners drew a lot of negative criticism, with allegations their behaviour led to the team’s sub-par performance in the tournament.

During the world cup in Germany, the WAGs attracted a mass of attention around town as they stepped out in eye-catching outfits across the city in between cheering on their partners.

“There was more spoken about the WAGs than the football,” David reflected. “At that time, for the players, you want to focus on the tournament rather than anything else.”

At the time of the world cup, Beckham was the captain of the England team, but he doesn’t regret having the families join the players in Germany: “There was a lot of attention around the families but I always believed, as an England captain, having the kids around and wives or girlfriends wasn’t a bad thing.”

This trip down memory lane about WAG culture comes just after the current head of England’s soccer team has banned the wives and girlfriends from starring in a fly-on-the-wall World Cup documentary later this year. He apparently won’t even use the term WAG, as he believes it is disrespectful.

In the same conversation, David opened up about one of his bad habits that really annoys Victoria.

He also admitted his favourite Spice Girls song is ‘Say You’ll Be There.’ 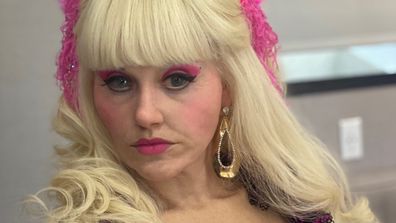 Actress’ own husband didn’t recognise her in new role