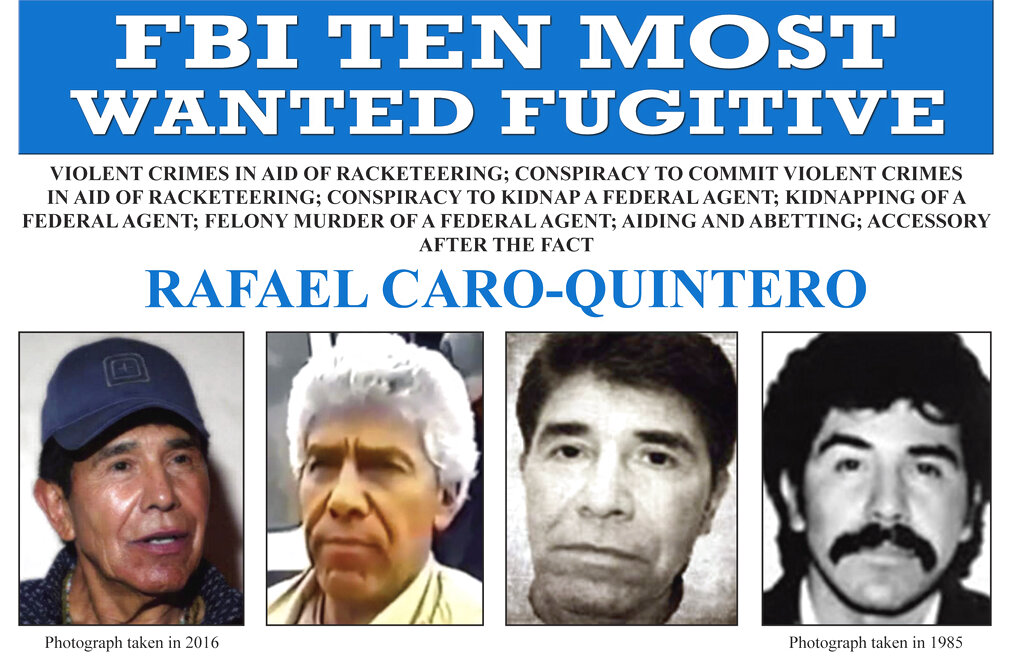 Rafael Caro Quintero, whose role in the murder and torture of a US anti-narcotics agent in 1985 was profiled in the Netflix drama series Narcos: Mexico, has been captured by a joint law task force.

Quintero was a cofounder of the Guadalajara Cartel, considered one of the most powerful drug trafficking organizations in Mexico during the 1980s.

The Netflix series focused on the early days of the Mexican drug cartels. Several factions united and increased operations from a loosely organized group of growers and dealers into a sophisticated multinational business. On the series, Quintero was played by Tenoch Huerta.

The violent group was notorious for torturing and killing Drug Enforcement Administration agent Kiki Camarena. Caro Quintero was among those convicted in that death.

Caro Quintero spent 28 years in prison Camarena’s murder, but was released in 2013 on a technicality by a Mexican judge, embarrassing the previous government. He then vanished and allegedly returned to drug trafficking as part of the Sinaloa Cartel, according to US officials. He was in the FBI’s Top 10 most wanted fugitives list and had a $20 million bounty on his head, a record for a drug trafficker.

“It is probably one of the most important captures of the last decade in terms of importance to the DEA,” said Mike Vigil, the DEA’s former chief of international operations.

The US government hailed Caro Quintero’s arrest and has requested his extradition. “This is huge,” White House senior Latin America adviser Juan Gonzalez said on Twitter.

The Mexican Navy said Caro Quintero was caught in the municipality of Choix in the northwestern state of Sinaloa, one of Mexico’s drug-trafficking heartlands. He was found in shrub land by a military-trained female bloodhound named Max, the Navy said.