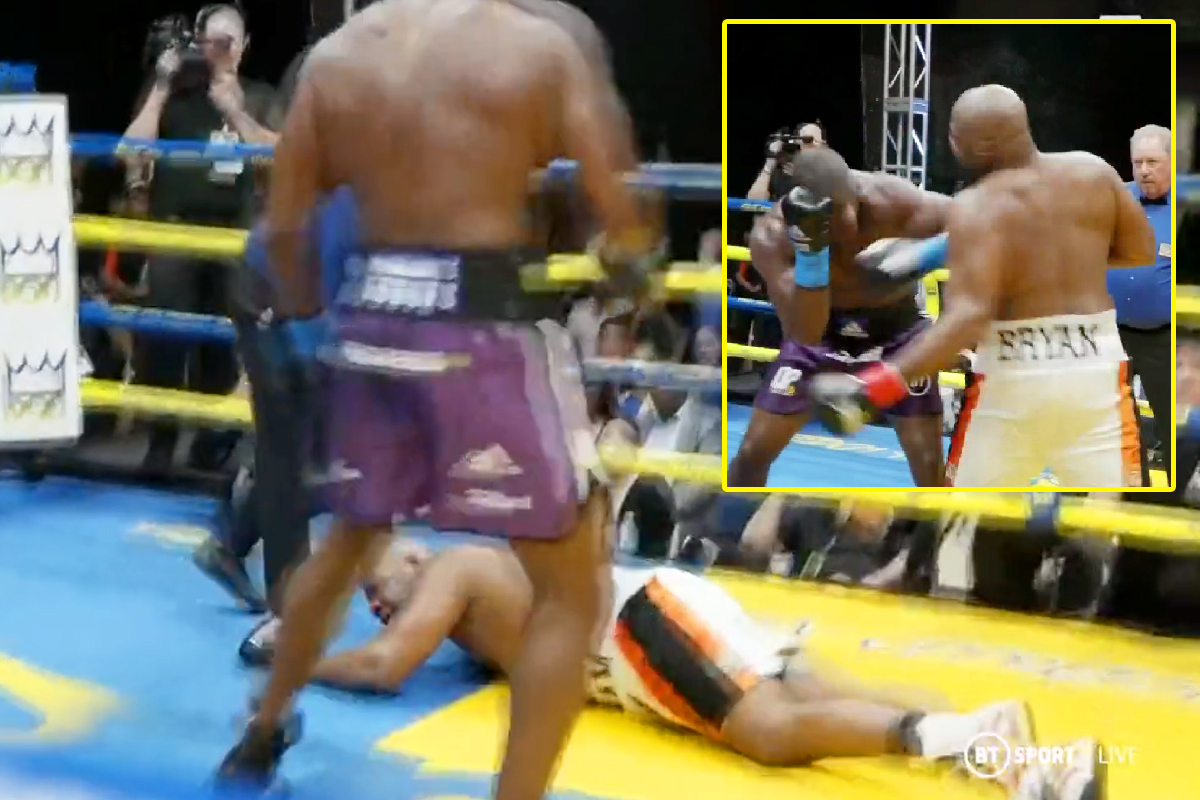 Daniel Dubois knocked out Trevor Bryan in round four on Saturday night in Miami to claim the WBA ‘regular’ heavyweight belt.

This is the lesser version of the WBA crown, which is generally not regarded as a true world title as Oleksandr Usyk currently owns the legitimate WBA ‘super’ belt.

Nonetheless, it was an impressive performance and a big win for Dubois on away soil in America.

The fight began with a dominant opening round for Dubois, who landed a couple of clean right hands which his opponent did well to stand up to.

Bryan barely threw a punch in the first three minutes and appeared to land absolutely nothing of note.

Round two saw consistent holding from the American and further attempts to break up the Brit’s momentum.

Bryan managed to find a home for a few shots of his own, but looked to be briefly stunned by a jab in the final moments.

In the third, Dubois continued in control and made a breakthrough with a big left hook.

The 24-year-old began to unload, but Bryan managed to remain on his feet and survived to the bell.

Dubois knew he had little to fear in round four and so pushed his assault further.

Another left hook sent Bryan stumbling back into the ropes and the writing was on the wall.

Not long later, Dubois landed a third big left hook which proved to be the final punch of the fight.

It send Bryan crashing face down to the canvas, with the referee waving off the contest as a result.

Dubois said post-fight: “Now it’s official, now we can make some massive fights in the future.

“I’m just so grateful for this.”

When asked who he wants to face next, his trainer Shane McGuigan suggested Dillian Whyte as a potential foe.

He later added: “Dillian Whyte, Joseph Parker, all the names out there, they’re all on my hit list.”