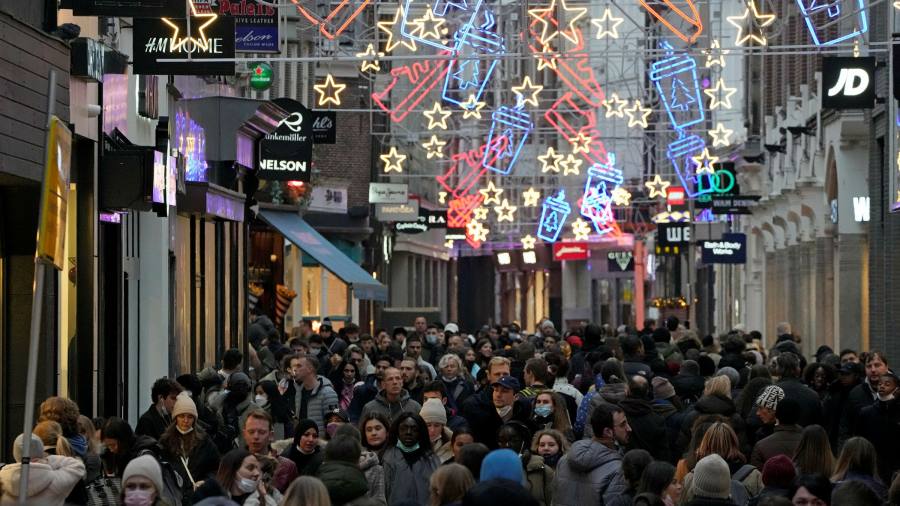 The Netherlands has become the first EU country to re-enter a strict nationwide lockdown, in a response to the spread of the Omicron Covid-19 variant that will shutter swaths of the economy until at least mid-January.

Tough new restrictions to close all bars, restaurants, non-essential shops, cinemas, and gyms will kick in from Sunday morning and last until at least January 14. Professional sports events will take place without crowds and homes can invite a maximum of four guests during the Christmas period, to be reduced to two after the holidays.

Dutch prime minister Mark Rutte told journalists on Saturday that the measures were “unavoidable” in the face of a variant which is spreading “even faster” than authorities had expected. “We have to intervene now to prevent it from getting worse,” said Rutte. 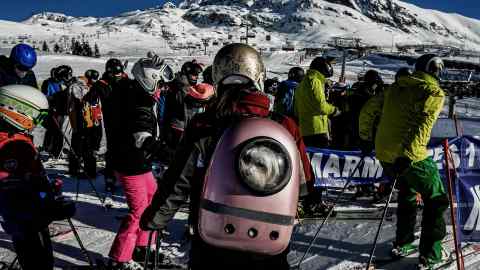 The lockdown, which is the toughest imposed by the Dutch government since 2020, was announced after an emergency cabinet meeting on Saturday and followed advice from the country’s health authority that a “hard” lockdown was urgently required.

The Netherlands has a mixed record handling the pandemic. The government initially opted for a lighter, so-called “intelligent lockdown” during the first phase of the virus in 2020. But this year it has been forced to take some of the toughest measures seen anywhere in the EU in the face of surging case rates and hospitalisations. Rutte’s government had come under fire for lifting almost all restrictions in September, leading to a surge in infections in the autumn.

In the past 24 hours, the Netherlands recorded 14,742 positive Covid-19 cases, continuing a steadily declining trend for the past month. The numbers are down from a peak of over 24,000 recorded in November, but health authorities have advised stricter measures are needed to contain the highly contagious Omicron strain.

The Dutch health authority (RIVM) estimates that the Omicron strain will become the dominant cause of infections before the end of the year. Jaap van Dissel, director of disease control at RIVM said that as of today, the new strain only accounts for a “small share of infections . . . but we know that that share will increase”.

The government is also ramping up access to booster shots after falling behind its EU peers on administering additional doses that health experts say are vital in maintaining some immunity to the virus. The Netherlands was also slower than most EU countries in vaccinating people, starting its immunisation programme in January this year.

Restrictive measures have been met with street protests and violence in recent months, notably during two nights of rioting in Rotterdam last month.

Rutte urged the country to show unity: “We have previously proven that we can handle a lot together. Together we will also overcome this period. I am absolutely convinced of that”, he said.

Also on Saturday, Germany announced that it will ban all travellers entering the country from the UK, apart from German nationals, residents and transit passengers, from midnight on Sunday to stop the spread of Omicron.

Everyone entering Germany from the UK, whether vaccinated or not, will require a negative PCR test and will have to quarantine for 14 days.

The Robert Koch Institute, Germany’s main public health agency, announced the restrictions on Saturday evening as it classified the UK as a virus variant area.