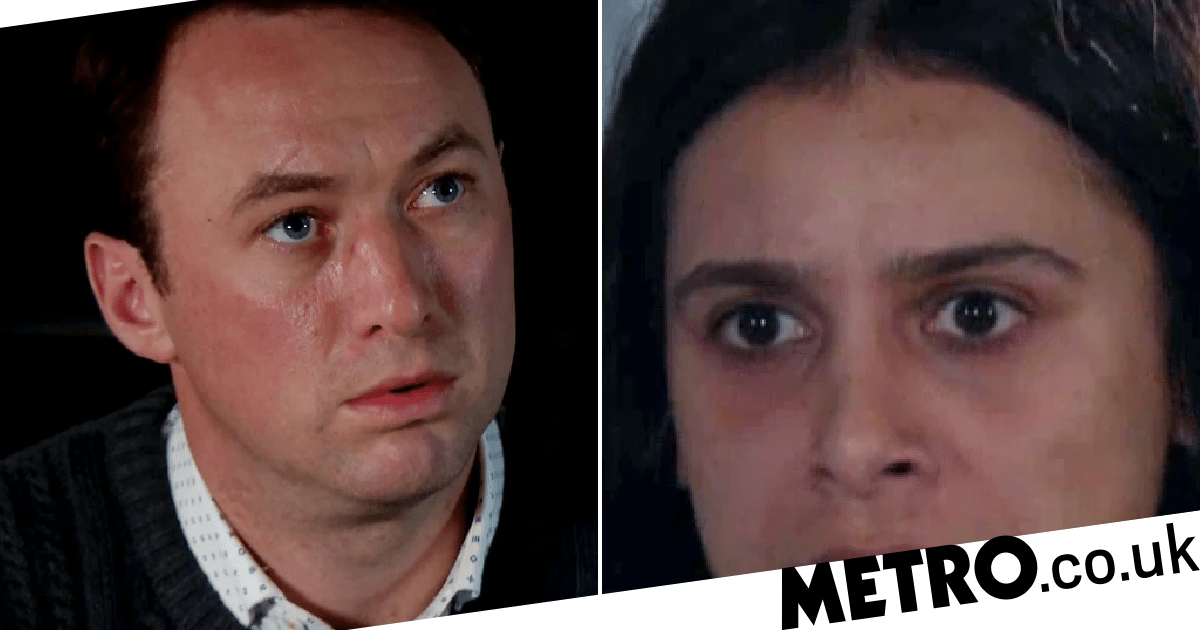 Meena Jutla (Paige Sandhu) is planning on destroying Liam Cavanagh (Jonny McPherson) in Emmerdale if he continues digging into her business.

Yesterday, Liam grew concerned for Meena after realising there isn’t any medical proof of her miscarriage or pregnancy.

Later, after a fight with Manpreet (Rebecca Sarker), Meena was in the surgery once more, interrupted by Liam – who spotted a bloodied bandage around her arm.

Confronting Meena, Liam told her he knows the pregnancy was a lie, and thinks she needs to be referred to the mental health team.

Meena laughed over the fact Liam thinks she’s having a breakdown.

As Liam was genuinely concerned, he continued asking Meena questions – which angered her.

Turning the tables, Meena told Liam that if he carried on, she would tell Leyla (Roxy Shahidi) what really happened the night of the surgery’s Christmas party.

Now, viewers are aware Meena took advantage of Liam that night, but as he was so drunk, he’s been forced to accept Meena’s initial version of events (Liam made a move on her, but nothing happened between them).

As Meena exposes her dark side, Jonny McPherson recently told Metro.co.uk just how Liam feels during this moment:

‘Initially, Liam is terrified the truth will out and it’ll disrupt his marriage when they’ve already undergone so much strain already. From the fake prescription to the discovery of the miscarriage lie, to turning the story against him, all of that he perceives as a doctor.

‘Liam remembers absolutely nothing, he was completely bladdered. “Trousered” as Billy Connolly would say. Completely incapable of remembering anything at all.

‘Everything comes as a complete shock and that allows Meena to have leverage over him – she has memory of what really happened, and he doesn’t’.

So, the big question – if Liam continues to get on the wrong side of Meena, will she go through with her threat?