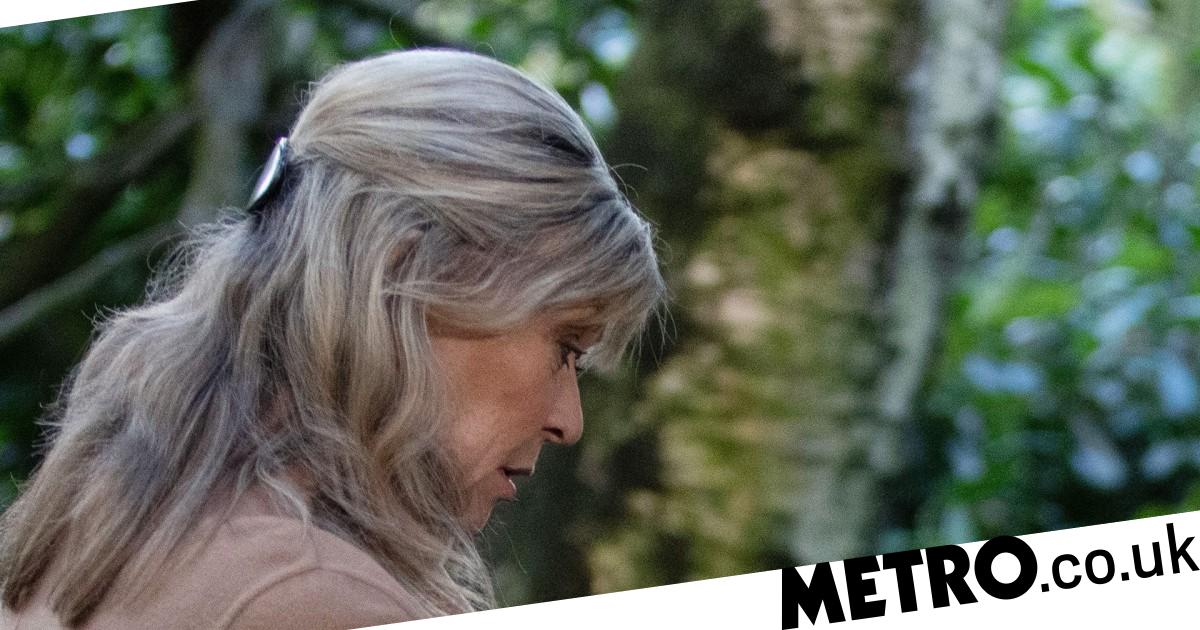 There are set to be wedding bells in Emmerdale as Will Taylor (Dean Andrews) pops the question and wants to marry Kim Tate (Claire King) Brave man!

The couple have been close for a while, with Kim letting her guard down in a rare show of affection. But when Kim discovered that Will had hidden DI Malone’s body in the grounds of Home Farm, she was horrified.

While not being averse to a dead body herself, she didn’t want to be implicated naturally and she vanished from the village, leaving Will fearful that she would go to the police.

She returns in time for Christmas, just as Bernice Blackstock (Samantha Giles) is giving Will the doey-eyes.

Bernice wants Will to choose between her and Kim but the choice is easy for him – especially when Kim makes a gesture that only she could.

Will is stunned to find Malone’s grave freshly dug up but Kim explains that she has reburied him elsewhere so that she no longer has anything on Will – if he were caught, she would go down too.

Later, Will proposes to Kim but will she say yes? And if so, what kind of lavish and dramatic wedding will the Home Farm queen demand?

It’s bound to be a day to remember!