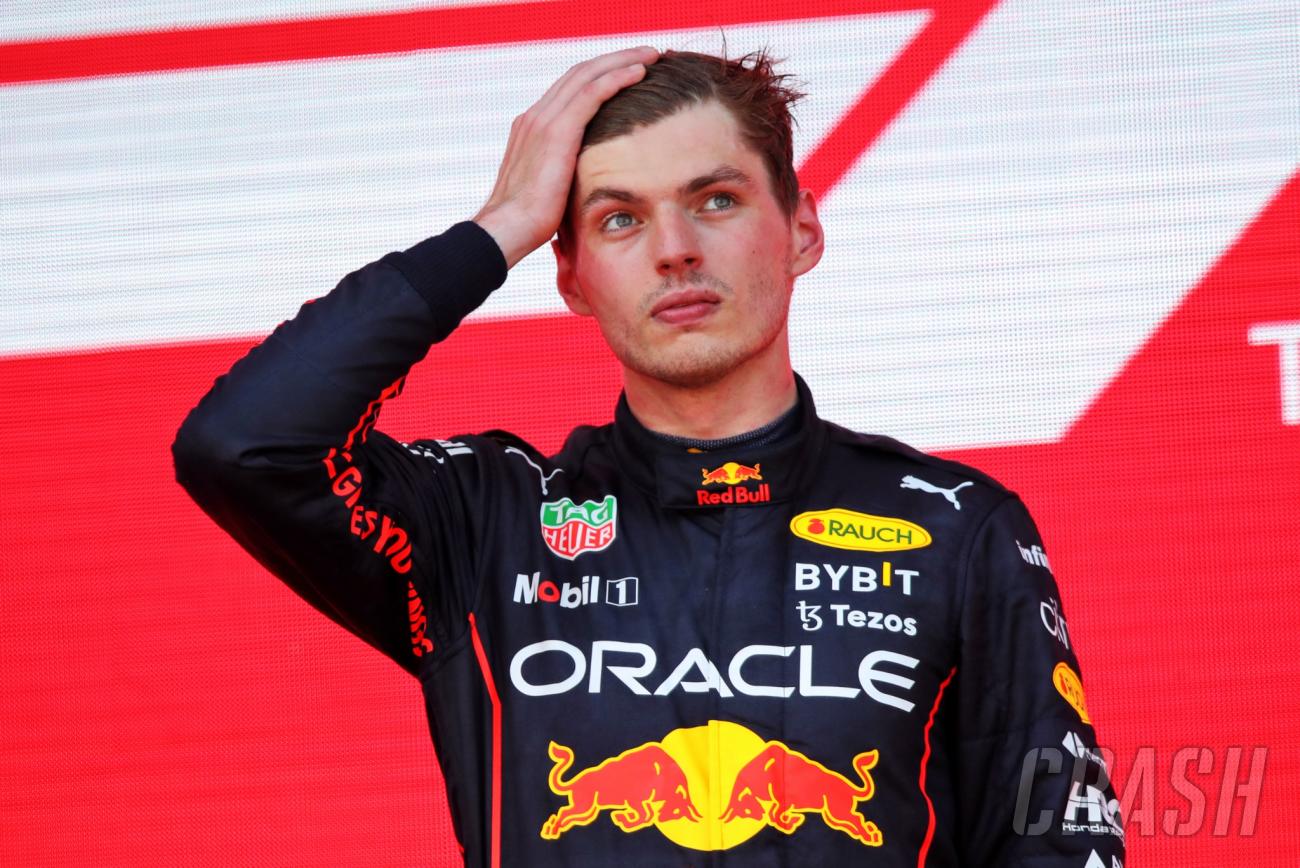 After lacking pace over one lap, Verstappen was at his best on race day. Once Charles Leclerc made his pit stop under the Virtual Safety Car, the reigning F1 champion was clearly the quicker of the two Red Bull drivers, eventually overtaking teammate Sergio Perez into Turn 1 on Lap 15 due to team orders. Verstappen controlled the race from the front to win by over 20 seconds in a very impressive fashion.

Perez was impressive in qualifying, defeating teammate Verstappen for the second race in succession. The Mexican opened a two-second lead over Leclerc in the opening phase of the race but struggled for race pace meaning Red Bull was forced to use team orders. With Leclerc out of the way, Perez had a comfortable end to the race, securing second.

Russell continues to get the most out of the Mercedes W13, securing his third podium of the year. Benefitting from Ferrari’s double DNF, Russell managed to escape the midfield congestion when he stopped under the VSC, unlike teammate Lewis Hamilton. Another brilliant weekend overall.

Hamilton enjoyed a strong Sunday drive in Baku, securing fourth. It wasn’t plain-sailing for the seven-time champion as he was forced to queue behind his teammate under the VSC, losing him a place to Vettel. Hamilton’s recovery was made easier after Sebastian Vettel went down the escape road before a switch to a two-stop strategy allowed him to overtake Gasly in the closing laps.

It was a fantastic weekend for Gasly and AlphaTauri as he secured his best result of the season with fifth. Fourth could have been possible had he stopped under the second VSC after splitting the two Mercedes drivers in qualifying. But from his own performance, there’s not much more he could have done on merit in Baku.

Vettel made it back-to-back Q3 appearances as he scored his best result of the year so far with sixth. The German was running ahead of Hamilton until his mistake at Turn 3, where he took to the run-off area while trying to overtake Esteban Ocon. Still, another strong weekend for the four-time champion who looks back to his best in F1.

The two-time champion was lightning quick in the final sector with Alpine opting for a skinny rear wing. The French team’s decision didn’t work out entirely in qualifying with Alonso only managing 10th. Alonso didn’t decide to stop under the VSC but it didn’t matter too much given Alpine’s strong straight-line speed which allowed the Spaniard to recover to seventh.

An encouraging weekend for Ricciardo after a run of underwhelming displays. Ricciardo qualified just over a tenth behind his teammate on Saturday. Starting on the hards, Ricciardo looked like he was the quicker of the two McLarens but he was ordered to stay behind his teammate. The VSC came at a timely time when he made his one pit stop, allowing him to rejoin ahead of Norris, where he remained after McLaren used team orders again.

Norris’ pit stop dropped him into traffic but McLaren simply didn’t have the pace of the AlphaTauris, Vettel or Alonso to finish better than eighth and ninth. Norris ultimately lost out to his teammate at the second VSC, while he was unable to attack Ricciardo due to team orders in the final laps.

The Frenchman lacked pace all weekend as he trailed teammate Alonso throughout the various sessions. Sunday’s race was no different as Ocon acted as a roadblock, defending from Vettel, Hamilton and the McLarens. He got 10th for his efforts, benefitting from Ferrari’s double DNF.

It was a rare off weekend for Bottas in Baku. Similar to his performance in 2021, the Finn struggled for pace and confidence relative to rookie teammate Guanyu Zhou. Bottas had zero pace throughout qualifying and the race. Overall, a weekend to forget.

Another solid weekend for Albon in Baku as he hunted down Bottas in the closing laps to finish a respectable 12th. His pace, like many times this season, was most impressive on the hards. Also, had it not been for Alonso’s off in Q1, perhaps the Thai driver would have progressed into Q2.

An unusual rear wing issue cost Tsunoda a big haul of points in Baku. The Japanese driver was running a strong sixth ahead of Vettel before his issue occurred. He was forced to come into the pit lane for an unscheduled pit stop as AlphaTauri applied gaffer tape to his rear wing and informed him that he couldn’t use DRS.

Schumacher kept it out of the barriers across the Azerbaijan weekend after another costly crash last time out in Monaco. The German qualified last and struggled for pace throughout Sunday’s race.

Another anonymous weekend for Latifi as he was out-qualified by teammate Albon by over 0.6s. His race was effectively over when he was hit with a 10-second stop-go penalty for an incident before the start of the race when his team were still working on his car.

Two crashes in two laps for Stroll in qualifying compounded a miserable Saturday for the Canadian. Sunday’s grand prix didn’t go much better for Stroll as he was unable to recover from 19th on the grid whereas Vettel finished inside the top six.

Given Haas’ lack of competitiveness in Baku, there’s not much more Magnussen could have done up until his retirement on Lap 33. Points were never really on the cards for the Dane with Haas needing much-needed upgrades in the coming races to get back on track.

It was Zhou’s best weekend as an F1 driver. Only one run in Q2 meant he had no chance of qualifying inside the top 10 – a strange decision from Alfa Romeo given how likely yellow flags are in Baku. Zhou showed great race pace, moving up the order. Before his retirement, he was right behind Vettel, who ultimately finished sixth, so a top-eight finish was on the cards.

Another heartbreaking weekend for Leclerc in Baku. The Ferrari driver was forced to retire prematurely on Lap 21 after his engine went up in smoke. Up until that point, Leclerc was in contention for the race victory despite losing the lead at the start of the race after an aggressive strategy call from Ferrari to stop under the Virtual Safety Car.

After taking provisional pole position after the first runs in qualifying, Sainz was understandably disappointed to qualify fourth. The Spaniard’s race ended very early, on Lap 9 after a hydraulic issue. However, his pace up until then was lacklustre as he dropped several seconds behind the lead trio.