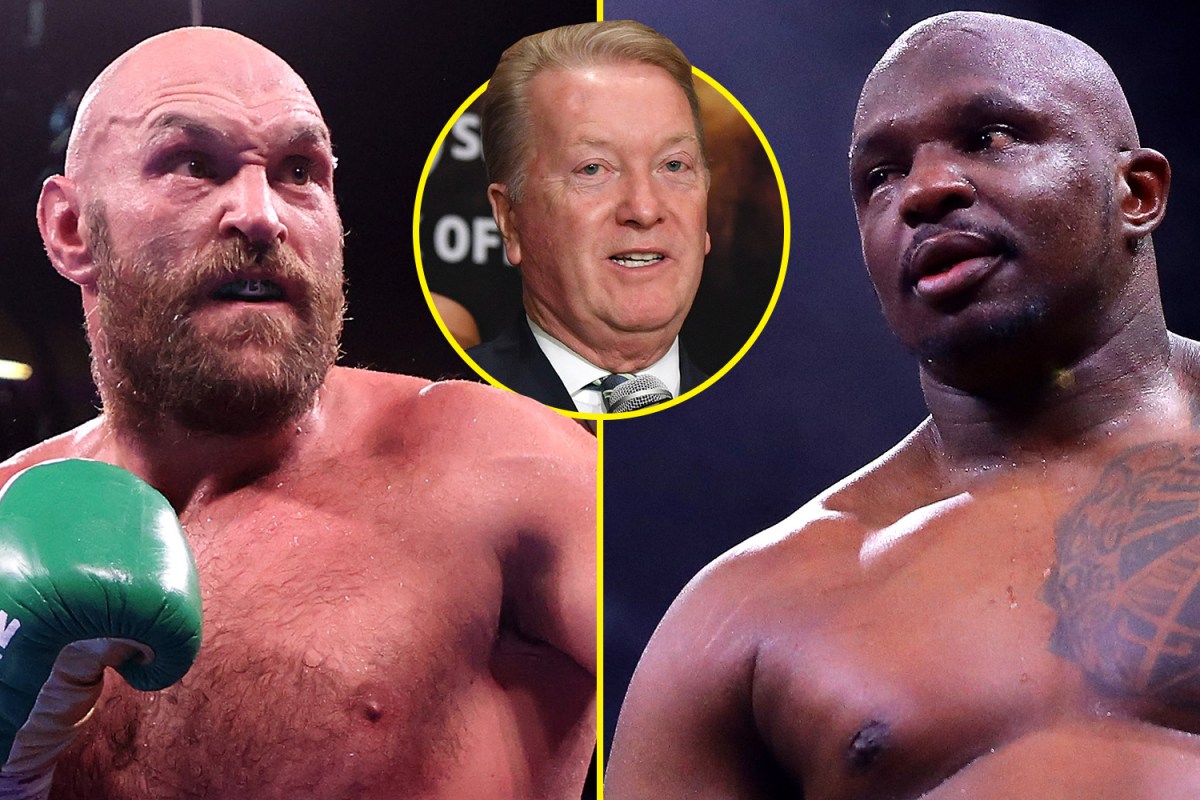 Promoter Frank Warren Tyson Fury’s next fight won’t be against Dillian Whyte due to contention over the split of the fight purse.

The WBC have ordered a fight between Fury and Whyte, however, a number of issues mean that that fight will not happen anytime soon.

This is mainly due to disagreements about the split of the fight purse, with Fury’s camp said to be wanting 80-20 and Whyte and Eddie Hearn pushing for a split closer to 55-45.

Warren does not expect it to be resolved any time soon and is looking to find another opponent for Fury to fight first.

“He won’t be defending his WBC title, there is a problem there, not of his making or our making.

“The WBC and Dillian Whyte are in arbitration and that hearing is not set to be heard until March. We can’t negotiate.

“It’s all very well Eddie Hearn saying this nonsense about negotiating, how can you negotiate when the WBC hasn’t said what the splits are?

“In his mind, he thinks he’s getting 45 percent, in our mind, it’s 20 percent based on the previous purses that were lodged under WBC regulations. They won’t determine what the percentages are until after the arbitration.

“That doesn’t mean the fight will take place in April. We have to negotiate, book a venue, and that could go until June.

“So, Tyson will fight, but not for the WBC title.”

Warren added: “He can’t be inactive because of the problems caused by this arbitration between the WBC and Whyte.”

Warren didn’t name any of the possible opponents who could face Fury, but did say that there are four currently under consideration.

“We have got to sort out an opponent first before we can move further forward,” he continued.

“I‘m not going to go into that because we have got to get things done first.

“But we are working quite hard on it and there are about four in the frame, and we will make a decision on that, subject to their availability too.”

BETTING OFFER OF THE DAY