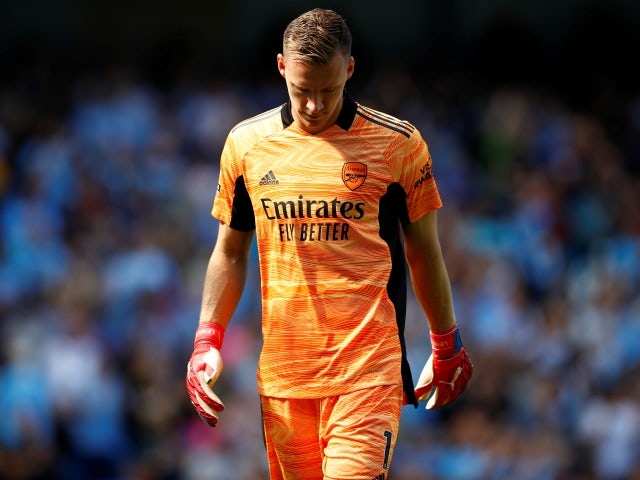 Fulham open talks with Arsenal over a possible move for 30-year-old goalkeeper Bernd Leno during the summer transfer window, according to a report.

Fulham have opened talks with Arsenal over a possible move for goalkeeper Bernd Leno during the summer transfer window, according to a report.

Having initially been signed as the first-choice shot stopper at the Emirates Stadium when he was purchased from Bayer Leverkusen for around £22m in 2018, Leno was demoted to backup option during the 2021-22 campaign.

Aaron Ramsdale was brought in from Sheffield United last summer, and the 24-year-old would go on to make 34 Premier League appearances for Mikel Arteta‘s side, thus restricting Leno to just four.

The 30-year-old could see his playing time restricted further next season, with goalkeeper Matt Turner set to join the club this summer from MLS side New England Revolution, after a deal was agreed back in February.

As a result, the German has been rumoured to be heading towards the exit door at the Gunners this summer, with Benfica having previously been registered with an interest, although The Athletic are now reporting that newly-promoted Fulham are in the driving seat for his signature.

The report suggests that Leno is viewed as the primary target for Marco Silva‘s side, although no deal has been agreed at this stage.

It continues with the goalkeeper’s desire to remain in London, something that Fulham can offer the German, although he is among a number of options being considered by the club, which includes Lazio’s Thomas Strakosha.

Since making the move from the Bundesliga to the Premier League, Leno has gone on to make 125 appearances for Arsenal across all competitions.