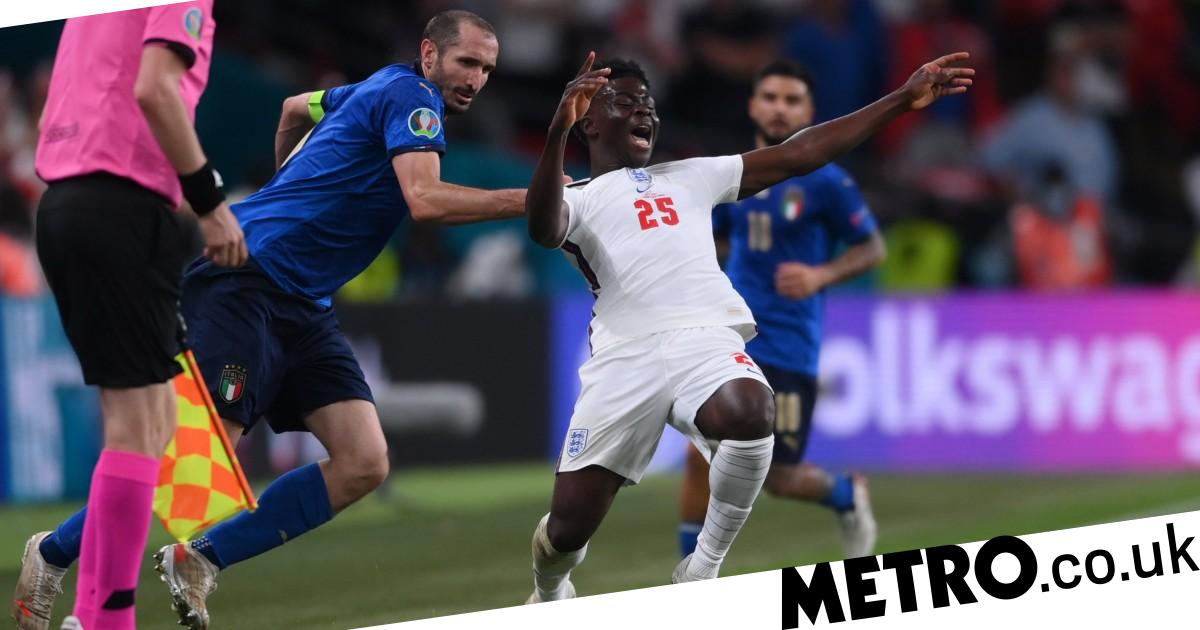 Giorgio Chiellini has broken his silence on the infamous foul he committed on Bukayo Saka during the Euro 2020 final.

The Italian captained his country to victory at last summer’s tournament with a number of excellent performances, but the most famous image of the centre-back at the Euros came in the Wembley final against England.

In the 96th minute, the game was tied at 1-1 and destined to go to extra-time, when Saka managed to get past Chiellini and seemed to have beaten the last defender, only for Chiellini to grab Saka’s collar and violently yank the winger to the ground.

Chiellini was instantly shown a yellow card for the foul, although some believed the severity of the incident warranted a sending-off.

Now, nearly a year on from the final, the former Juventus player has at last opened up about what happened.

‘It was probably one of the only mistakes I made during the Euros. I’d read the flight of the ball, thinking I could shepherd it out of play when really, I could have controlled it.

‘But I was convinced I could put my body between Saka and the ball, and let it go out of play.

Of course, Italy went onto win the game and the Euros after a penalty shootout where Saka missed the decisive spot-kick.

As for Chiellini, he has now retired from international duty, but his incredible Italy career did not end well, with his country failing to qualify for the 2022 World Cup and his earned his 117th and final cap in a poor 3-0 loss to Argentina.

The 37-year-old is now looking for a new club, with a move to the MLS heavily rumoured.