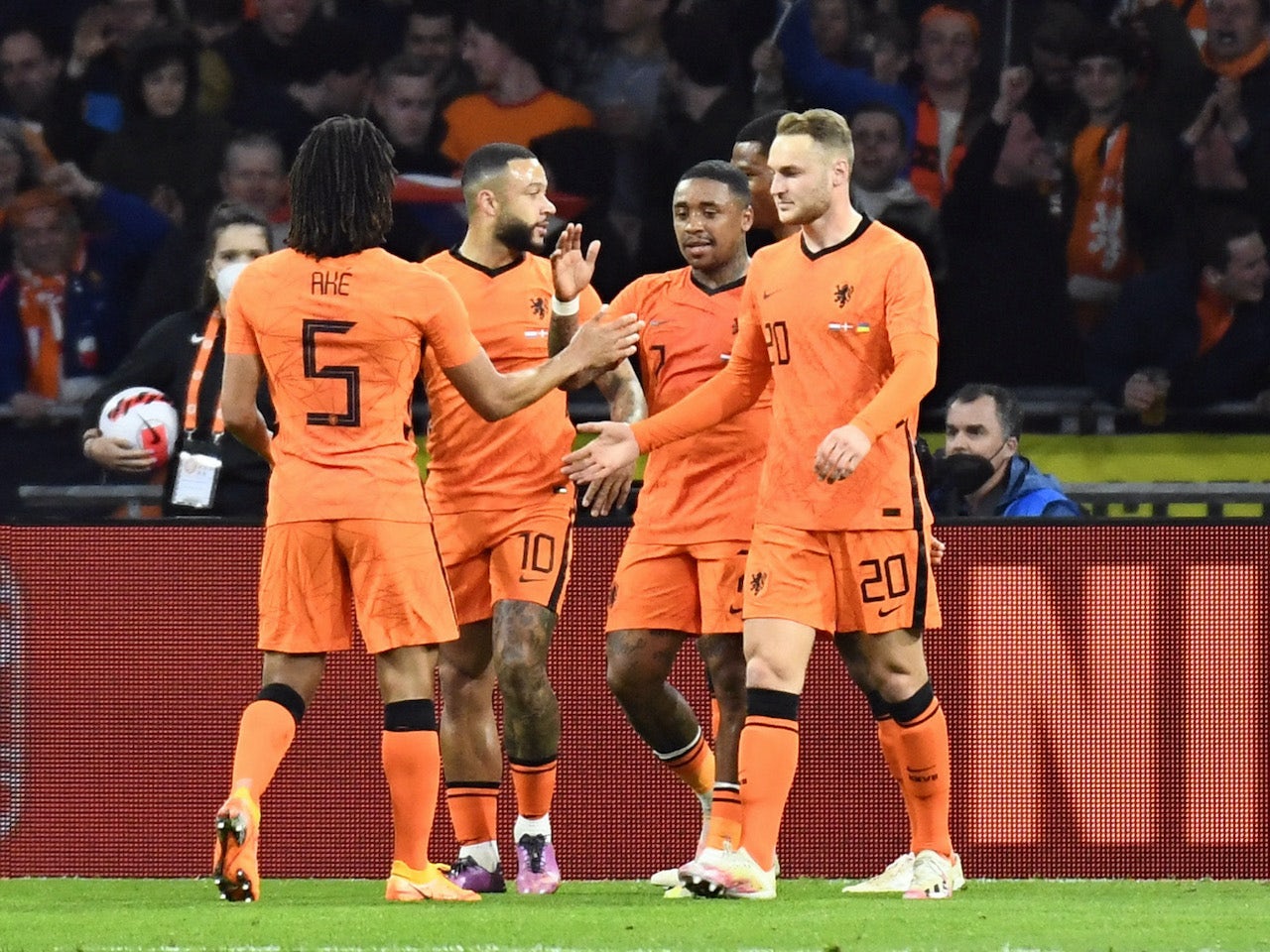 Sports Mole looks at how Netherlands could line up against Wales in the UEFA Nations League.

Netherlands boss Louis Van Gaal is expected to make changes to his starting XI for Tuesday evening’s UEFA Nations League contest with Wales in in Rotterdam.

Holland had to come from behind to draw 2-2 with Poland on Saturday night, and Van Gaal is expected to respond to the disappointing display by making alterations.

Jasper Cillessen was not deemed fit enough to start against Poland but is expected to be available here, with the 33-year-old in line to feature between the sticks.

There could also be a change at the back, with Matthijs de Ligt potentially coming in for Nathan Ake to start alongside Jurrien Timber and Stefan de Vrij in the absence of Virgil van Dijk.

Frenkie de Jong will again play in central midfield amid suggestions that the 25-year-old is now closing in on a switch to Manchester United.

Memphis Depay, who missed a late penalty against Poland, will also retain his spot in a forward area, but Cody Gakpo could be introduced to play alongside him.

Wout Weghorst hit the winner when Netherlands beat Wales 2-1 on June 8, but the striker is again expected to be among the substitutes for the start of this contest, with the likes of Teun Koopmeiners and Jordan Teze also set to be in reserve on Tuesday night.