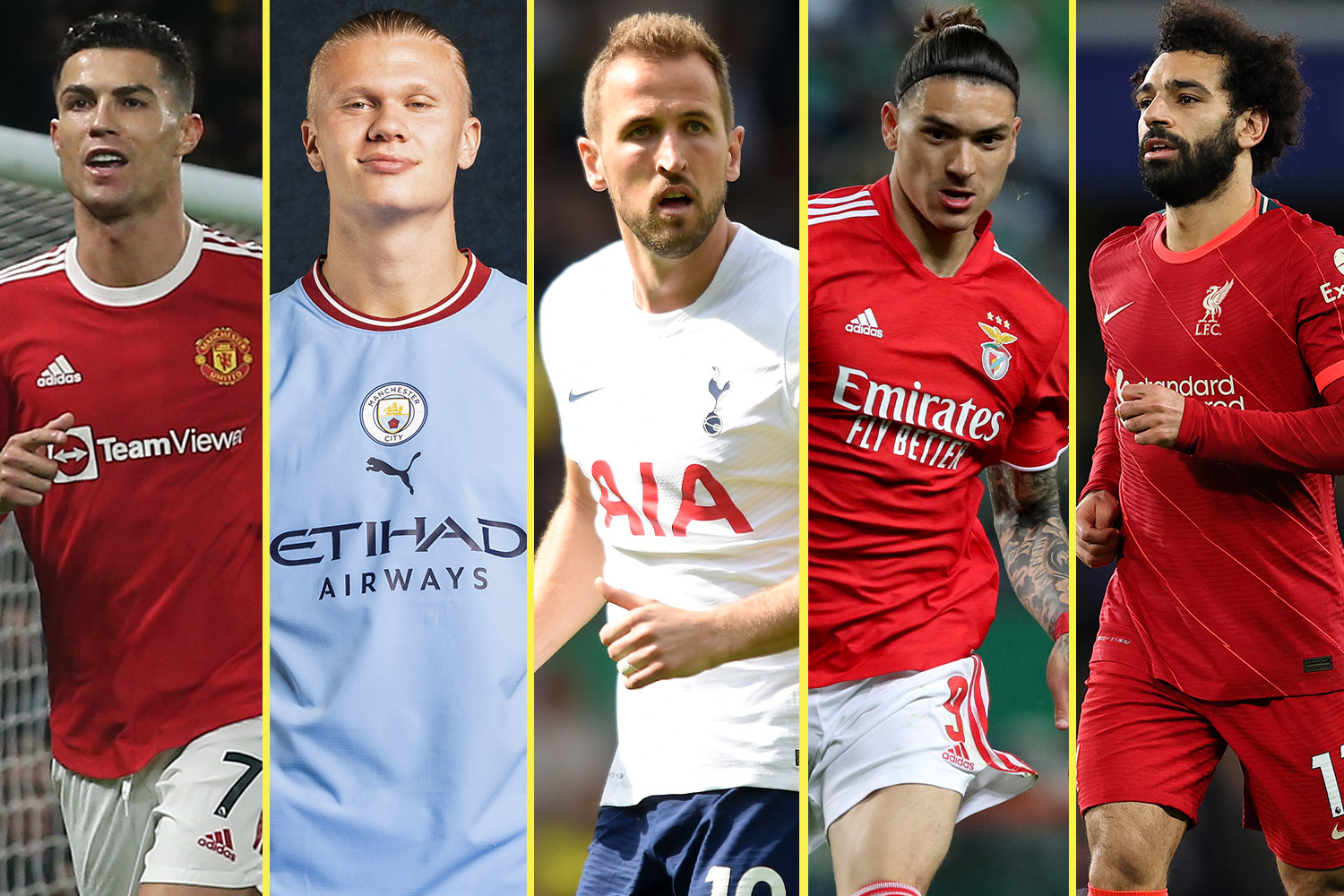 Harry Kane has admitted that he’s not worried about the increased competition for the Premier League Golden Boot next season.

The Tottenham star is expected to be in contention for the prize next term, but with some notable new arrivals this summer it could prove to be a more competition year than most.

Manchester City have already wrapped up the £51million signing of Erling Haaland from Borussia Dortmund, while Liverpool are closing in on a deal to sign Darwin Nunez from Benfica.

With Haaland and Nunez set to join the likes of Mohamed Salah, Heung-min Son and Cristiano Ronaldo in the race to be crowned as golden boot winner, it means that Kane will need to hit the ground running if he’s to stand a chance of beating his rivals.

However speaking of the chance, the England skipper didn’t sound too worried.

He told Sky Sports: “The battle for the Golden Boot is always tough.

“The Premier League has produced some top strikers around the world for a number of years.

“Every season I’ve been playing, it has always been a tough battle to win that Golden Boot and it’s no different.


Simon Jordan explains why Gareth Southgate will ‘never, ever’ get top six job

“You expect the top strikers to want to play in the Premier League and with those two new signings, it’s going to be the case.

“It helps me as a player, it helps to have good competition, it drives me to get better and, for sure, I look forward to the challenge.

“I try to focus on myself to begin with. Going into any season, I have things I want to achieve and goals I want to reach.

“I try not to focus too much on other players. I can’t control what they do but what I’ll do is to continue to work hard and improve.”

Alan Brazil and Ray Parlour have been wooing audiences up and down the country this year with their hilarious double act, live on stage.

This is your last chance to get tickets for the final two shows of the tour, in Newcastle and Nottingham.

Both have lived life to the full both in their playing days and subsequently on and after their talkSPORT radio show!

Hear from both legends as they recount tales from the dressing room, from the studio, from their playing days, travels on international duty… and of course Cheltenham!

The shows will be hosted by talkSPORT’s Shebahn Aherne.

Don’t miss a belting good evening out. Click on the link HERE to buy your tickets.