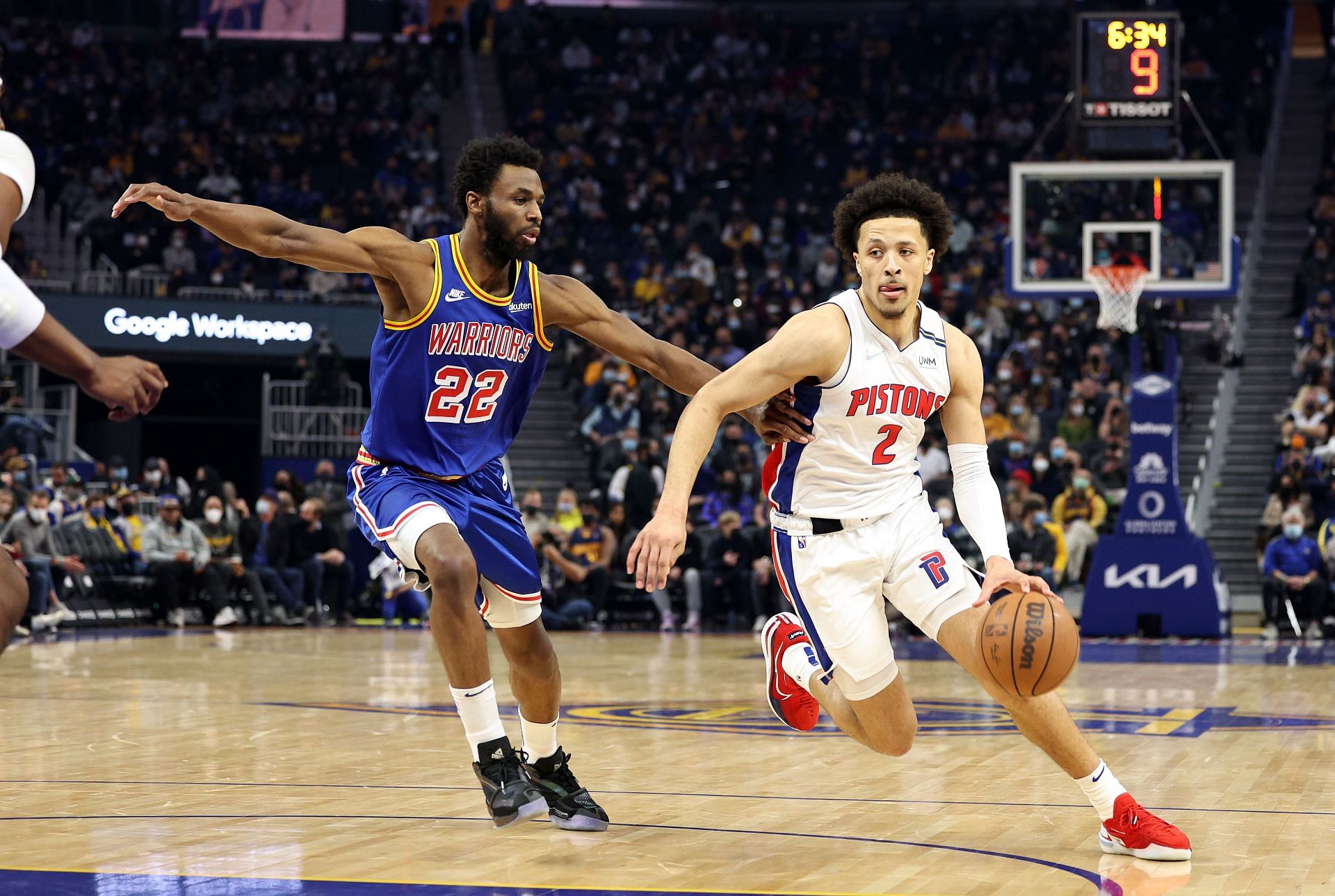 Andrew Wiggins of the Golden State Warriors has earned his first NBA All-Star selection after having an amazing season thus far.

During Thursday’s episode of “NBA on TNT,” the crew congratulated the young player on his All-Star debut. Shaquille O’Neal made a point in saying:

“When he went to Golden State … they taught him how to be a winner, and he’s doing that, so I want to congratulate him and his family.”

Before being with the Warriors, the forward played for the Minnesota Timberwolves from 2014 to 2020. During his six seasons there, he averaged 19.7 points, 4.3 rebounds, and 2.4 assists.

With Wiggins maintaining the same averages as he had in Minnesota but reaping much more success with Golden State, Shaquille O’Neal’s comments make sense. It looks as though Steph Curry and the other Warriors helped elevate Wiggins to be the most effective version of himself.

Shooting a career-high from beyond the perimeter can arguably be in thanks to the 3-point god Curry himself rubbing off on Andrew.

“Andrew Wiggins is a good player, but he probably needs to be the third- or fourth-best player on your team to go with those other guys and you can become an All-Star … and it’s congratulations.”

With Curry and Klay Thompson both on the court with Wiggins, he is realistically the third or fourth best player on the team. It looks like he fits well, as he and Steph have maintained success at Golden State for the majority of Klay’s absence. Now that Thompson is back, Wiggins can slip back into a more complimentary role.

Going into a first All-Star Game can imaginably be nerve-wracking. Fortunately for Wiggins, Curry was picked for the eighth time in his 13-year career.

Curry is averaging 25.8 points, 6.2 assists and 5.4 rebounds per game. Though he ranks ninth in scoring average, Curry is tied for fourth in total points. Steph is notably shooting a career-low 37.3% from 3-point range, but still leads the league in 3-pointers with 209. This likely will be his seventh time leading the NBA in 3-pointers.

Needless to say, Curry and Wiggins have been cooking in Golden State. To see them both picked for All-Star is no surprise, especially when Steph vouched so hard for Wiggins earlier in the year.

Klay Thompson, Steve Kerr and now Steph Curry have trumpeted Andrew Wiggins for the All-Star game the last two days. It’s an organizational push. Curry unprompted tonight: “#22 should be in Cleveland this year.”

Klay Thompson, Steve Kerr and now Steph Curry have trumpeted Andrew Wiggins for the All-Star game the last two days. It’s an organizational push. Curry unprompted tonight: “#22 should be in Cleveland this year.”

Golden State Warriors coach Steve Kerr said Wiggins is “one of the best two-way players in the league:”

“Night in and night out, he gives us 18 or 20 points. He’s shooting 42 percent from the 3, he’s guarding the most difficult player on the court every single night at the other end. He’s taken on the role defensively that is just crucial to our team with Klay (Thompson) out.”

Kerr has been part of eight NBA championships, including five as a player (three with the Chicago Bulls, two with the San Antonio Spurs) and three while coaching Golden State. For a legend like Kerr to make such comments about any player is a feat among itself. Wiggins should be proud of himself.

Wiggins’ consistent shooting and hard defense is enough of an argument for All-Star contention. Sitting at the No. 2 spot in the league for scoring while proving to stay aggressive on the top perimeter are All-Star attributes.

With Steph Curry and Wiggins having such a phenomenal season together, it is going to be refreshing to see them sharing the court for Andrew’s first All-Star appearance.