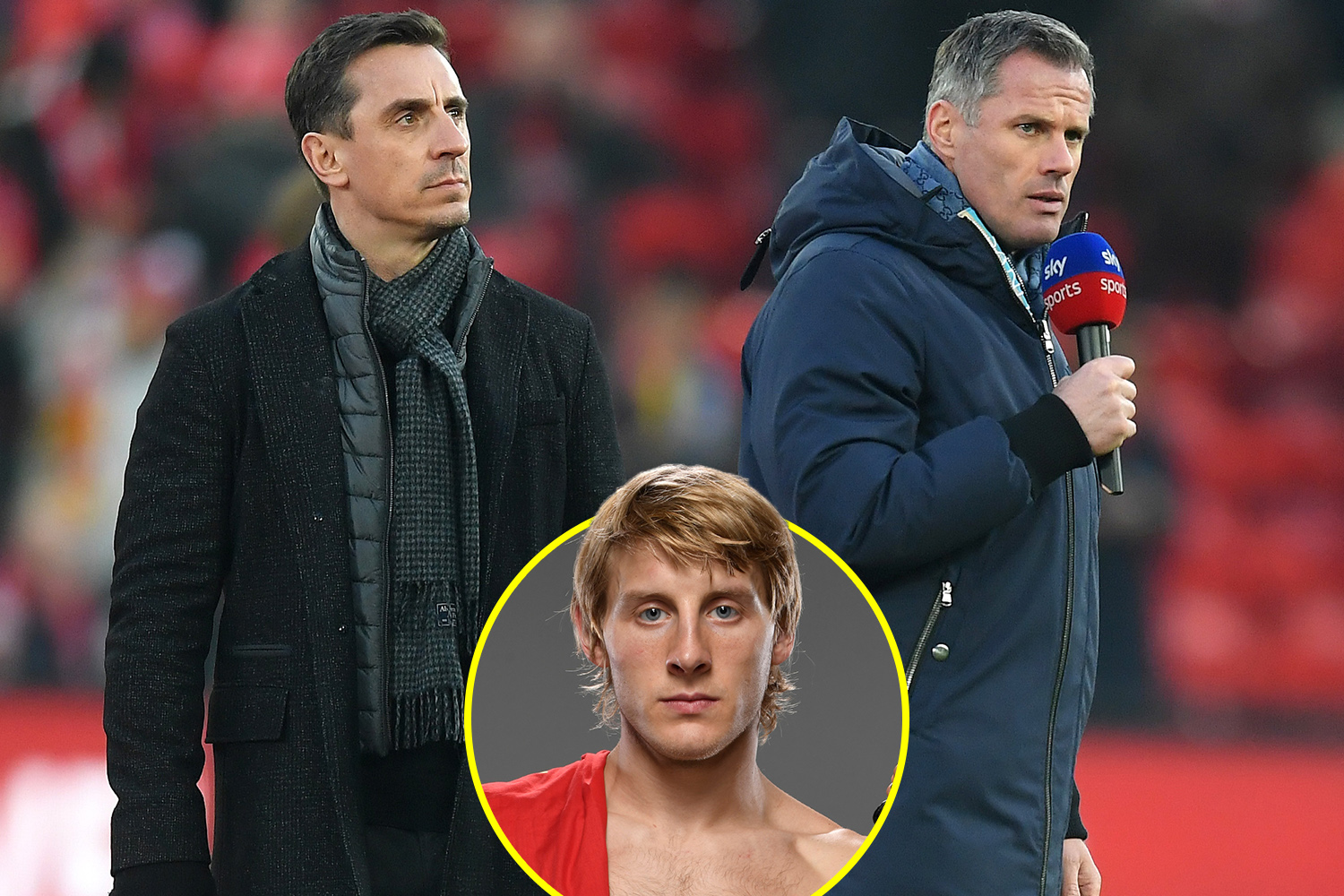 Liverpool mad UFC star Paddy Pimblett is obviously a big fan of Jamie Carragher and has grown to love Gary Neville in recent years, but he just can’t stand another Manchester United icon.

After years of intense rivalry during their playing days, Carragher and Neville have formed an unlikely double act on Sky Sports as pundits.

Premier League legend Paul Scholes has also been carving out a career in punditry since hanging up his boots, primarily with BT Sport, but ‘The Baddy’ finds him boring.

“You look at Carragher, belter pundit. Him [Gary Neville], belter pundit,” Pimblett said in a video posted on his YouTube channel.

“Paul Scholes, I’d rather watch paint dry than hear him be a pundit.”

The 27-year-old recently surprised his fans when he tweeted out praise for Neville after appearing he and his teammate ‘Meatball’ Molly McCann appeared his podcast, The Overlap.

“Pleasure to meet [Gary Neville] and do The Overlap,” Pimblett said on Twitter.

“It’s crazy for me to say as a scouse Liverpool fan what a cool dude he is when I hated him for so many years, told him this, too.

“I love a bit of Neville and [Jamie Carragher] now a days they the best pundits on telly.”

The scouser shocked Neville while filming The Overlap when he revealed how he eats 11,000 calories in a day, gorges on junk food, and reaches 205lbs between fights.

Despite that, Pimblett has had a flying start to life in the UFC with two first-round finishes in his first couple of fights, the last of which was at the ultra-successful UFC London event in March.

The former Cage Warriors featherweight champion is on the verge of superstardom after picking up a legion of new fans since joining the UFC in 2021.

He’ll face his first step up in competition when he takes on fellow prospect Jordan Leavitt, who boasts a 10-1 record and has picked up three wins from his first four UFC fights, in London this weekend.