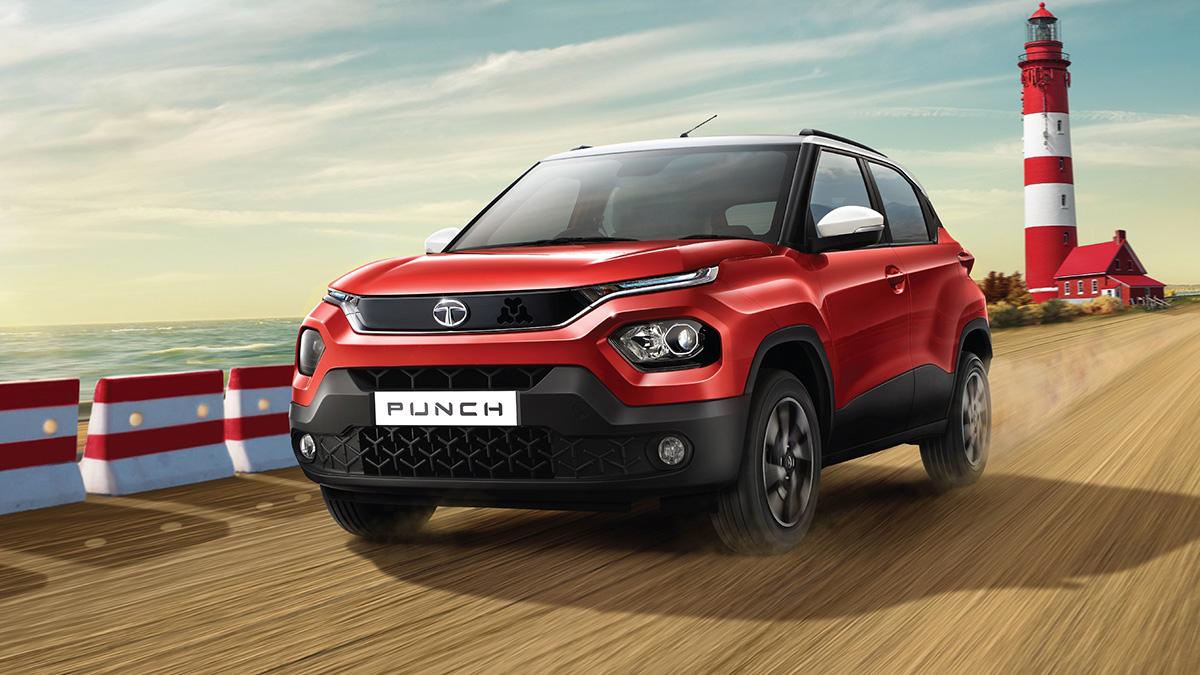 Tata Motors, the country’s largest commercial automaker on Monday unveiled its new offering, the Tata Punch. Tagged by the carmaker as India’s first sub-compact SUV (Sport utility vehicle), it will be the latest addition to its popular ‘New Forever’ range of cars and SUVs. Tata Motors said that the bookings for the vehicle will kick off from today and could be done on the company’s website or in its showrooms across India for a payment of Rs 21,000. The company operates over 1,000 showrooms spread across the country.

As per Tata Motors, the Punch will be available in four distinct personas, seven colours and will come with both Manual (MT) and Automatic (AMT) transmission options, along with customisation packs. “Tata PUNCH offers the agility of a hatchback and all key capabilities of a true SUV,” the company said in a release.

On the exterior front, the Punch comes with R16 diamond-cut alloy wheels, projector headlamps & LED Daytime Running Lights (DRLs), signature LED Tail Lamps and dual-tone roof options that come in two colours- black and white. The vehicle is equipped with the New Gen 1.2L Revotron Engine along with the latest Dyna-Pro technology, which boasts of 86 PS power & 113 Nm of torque along with a 5-speed transmission. Apart from cruise control, it will two distinct driving modes — City and Eco — to suit a variety of driving styles and requirements. It also comes with a feature called, ‘Idle Start Stop’ that automatically turn off the engine at signals and traffics to further enhance fuel efficiency.

In terms of safety, the vehicle ticks almost all boxes. It comes with dual airbags, ABS with EBD and corner safety control and child seat ISOFIX anchor points. Tata has also added a new feature called ‘Brake Sway Control’, which detects the tendency of instability during abrupt braking before the ABS kicks in to avoid vehicle swaying from the driving path.

Tata Motors has not revealed the price or the price range for this particular vehicle. As per media reports, it is expected to be in the range of Rs 5 lakh to Rs 8 lakh.