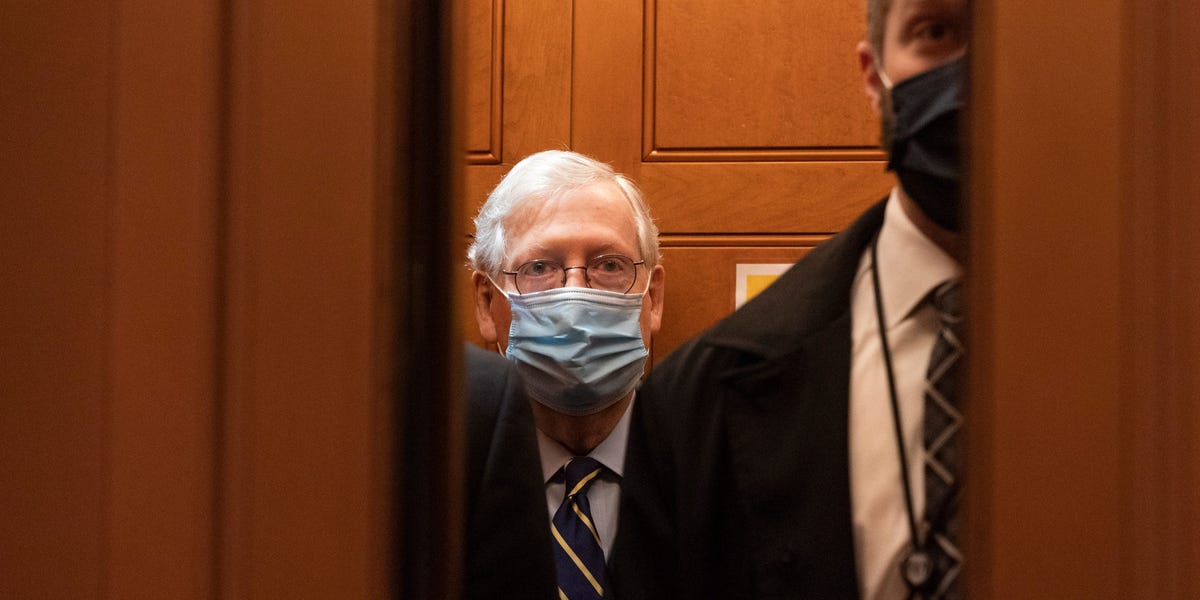 As the US creeps toward a default on its debt, Senate Minority Leader Mitch McConnell has held firm that Democrats must raise the debt ceiling on their own without Republican help. Hawaii’s Democratic Rep. Brian Schatz told the New York Times that these showdowns only bring the country closer to economic catastrophe.

“I have learned over many years that we cannot negotiate over things like whether or not to destroy the economy,” Schatz told the Times. “American politics has gone crazy because one party has gone crazy,” he added.

Treasury Secretary Janet Yellen warned Congress last month it has until October 18 to raise or suspend the debt limit before the US runs out of money to pay its bills. Since then, Democrats have attempted to pass legislation that would raise the limit, but McConnell led his party in blocking the measure, remaining adamant that the GOP will not help finance Democrats’ $3.5 trillion social-spending package by raising the debt limit.

Insider reported on Monday that McConnell accused Democrats of “sleepwalking” toward a debt default in a letter to President Joe Biden — even after he has blocked every measure they’ve tried for raising the debt limit — saying that “bipartisanship is not a light switch that Speaker Pelosi and Leader Schumer may flip on to borrow money and flip off to spend it.”

“Republicans’ position is simple. We have no list of demands,” he wrote. “For two and a half months, we have simply warned that since your party wishes to govern alone, it must handle the debt limit alone as well.”

The House is planning on introducing a measure to suspend the debt limit on Wednesday that will likely once again be blocked by McConnell because he wants Democrats to use reconciliation to raise the debt limit, which can be done without any Republican votes.

But Biden said during Monday remarks that going that route would be “an incredibly complicated and cumbersome process,” and Senate Majority Leader Chuck Schumer echoed the president’s remarks on Tuesday, telling reporters that Democrats “do not have the luxury of using a drawn out, convoluted and risky process.”

“If Republicans could just get out of the damn way, we could get this done,” Schumer said.

As Insider has previously reported, while the government has raised the debt ceiling 57 times to avoid a debt default since 1917, it has become more of a political tool than a true threshold. For example, in 2013, under President Barack Obama, the GOP refused to raise the debt ceiling unless the Affordable Care Act was defunded, which caused the government to shut down for 16 days.

This time around is different, given that the GOP has not demanded anything from Democrats aside from using reconciliation, but the showdown means Democrats have to quickly come up with a solution on a tight deadline before the country defaults on its debt for the first time in history.