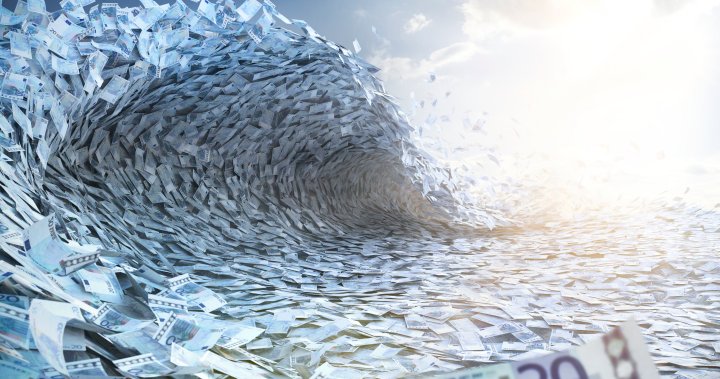 The Pandora Papers are the latest development in a series of investigations into how the world’s most powerful and wealthiest individuals use offshore accounts.

The papers, which are being reported by the International Consortium of Investigative Journalists (ICIJ), made international headlines Monday for its revelations — and it continues to, as global powers have started to deny any wrongdoing.

According to its website, the ICIJ spent more than a year combing through 11.9 million records, which make up the reporting. The project is similar to the group’s Panama Papers and Paradise Papers investigations.

So what are the Pandora Papers, and why are they making headlines?

The ICIJ brought together more than 600 journalists from 150 media outlets in 117 countries to work on the project. The consortium examined 2.94 terabytes of data, leaked to them in various forms like emails and spreadsheets, the group said on its website.

In all, more than 330 politicians, 130 billionaires, celebrities, fraudsters and drug dealers were identified as having used offshore accounts in secret jurisdictions.

Panama Papers: Names of hundreds of Canadians released – May 9, 2016

The investigation also shows how banks and law firms deal with offshore providers to create complex structures, and how American trust providers took advantage of some states’ laws that encourage secrecy to help wealthy overseas clients hide money to avoid taxes in their home countries.

“The new data leak must be a wake-up call,” said Sven Giegold, a Green party lawmaker in the European Parliament, in an Associated Press story. “Global tax evasion fuels global inequality. We need to expand and sharpen the countermeasures now.”

Throughout the reporting, several global elites have been named including Jordan’s King Abdullah, who garnered roughly US$100 million worth of U.S. and U.K. real estate between 2003 and 2017 by firms registered in tax havens.

A London law office representing Abdullah, DLA Piper, told the ICIJ that he has “not at any point misused public monies or made any use whatsoever of the proceeds of aid or assistance intended for public use,” Reuters reports.

Andrej Babis, prime minister of the Czech Republic, was also named in the reporting as having moved US$22 million through offshore companies to buy an estate on the French Riviera in 2009. His ownership was kept secret, but the report didn’t say if the deal broke laws.

During a Sunday TV debate ahead of Oct. 8 and 9 elections, Babis denied any wrongdoing and said, “the money left a Czech bank, was taxed, it was my money, and returned to a Czech bank,” Reuters reported.


What do Canadian experts think?

For James Cohen, the Pandora Papers are redefining the definition of offshore accounting.

“The term ‘offshore’ no longer necessarily means out of the country,” the executive director of Transparency International Canada told Global News.

“One revelation already coming out of the Pandora Papers is that South Dakota is a very prominent jurisdiction for anonymous companies to be incorporated.”

One of the project’s discoveries was that South Dakota was used for financial secrecy. The documents show about US$360 billion in customer assets were sitting in trusts in the state. One of the largest trust companies there, the South Dakota Trust Company, has international clients from 54 countries.

2:13
Can the Canada Revenue Agency crack down on tax evaders?

Michael Smart, an economics professor at the University of Toronto, told Global News that reporting like this over the past few years is giving the general population an understanding of how much money is flowing through tax-haven jurisdictions.

“That’s been a very striking change over the last few years — just how much of global capital, all of the money that businesses and individuals are saving and investing, is in some ways being channeled through these tax-haven jurisdictions,” said Smart, who is also the co-director of Finances of the Nation, an academic think tank on tax and spending issues.

“Again, there’s nothing illegal about that; Canadians and others are allowed to put their money where they want, but it raises questions because it can be very difficult for the Canada Revenue Agency … to know what’s going on there, (and) know how much tax should be paid at home on the amounts that are flowing through those places.”


CRA ‘committed to protecting the integrity of the Canadian tax system’

“Following the recent release of the Pandora Papers, the Canada Revenue Agency reiterates that it is committed to protecting the integrity of the Canadian tax system by combating international tax evasion and aggressive tax avoidance domestically and internationally,” Doody said.

Read more:
Canadian companies avoided up to $11B in taxes in 2014, CRA report says

Through these investigations, Ottawa has changed rules and is trying to track these kinds of payments, Smart said.

But it is a tough job for the CRA to keep track of them all, he believes, adding the Pandora Papers are yet another sign we don’t know much about who is using these methods and how much tax they’re paying.

“In some cases, the CRA will follow up and may well learn about additional taxes that are due. That process will take a few years, and it’s in the hands of the government and there’s nothing the rest of us can do,” he said.

“But it is an opportunity to think about how we could get more transparency in how money flows between Canada and other jurisdictions around the world, and how we as ordinary Canadians could learn about what’s happening and be sure that fair taxes are being paid.”

One of the issues raised by the Pandora Papers concerns tax avoidance and tax evasion, Cohen said.

He explained that tax evasion is not reporting any income to authorities, whereas tax avoidance is done by using legal but “not-spirit-of-the-law loopholes” to reduce payments to as little as possible.

Therefore with this investigation, Cohen believes it should “put pressure right back on politicians” as they get ready to sit in Parliament.

“Once again, with this kind of data leak coming out and the outrage that it’s creating, we once again have to look at the ethics around these legal but not-spirit-of-the-law loopholes and how much longer they can last, and also look at the loopholes in terms of evasion to shut them down because evasion is illegal,” he said.

Meanwhile, Smart calls on the government to bring in new transparency measures.

“Not just about individual Canadians, but about Canadian corporations as well,” he said. “We should know more about how Canadian resident corporations are investing abroad, where they’re declaring their income and how much tax they’re paying in other countries and back home to the Canadian government as well.”

— with files from Erica Alini, Reuters and The Associated Press