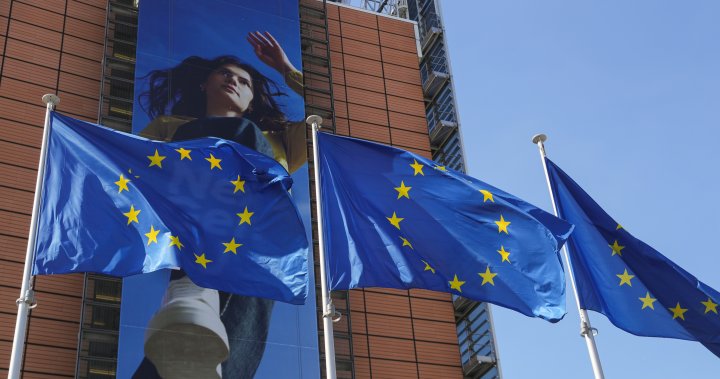 European Union leaders are meeting for the first time since the messy Western troop withdrawal from Afghanistan and France‘s loss of a multi-billion dollar submarine deal with Australia, events that they argue have exposed Europe‘s need for more autonomy on defense.

The leaders will have plenty to discuss during their dinner at Brdo Castle in Slovenia on Tuesday, the eve of a summit with leaders from neighboring Balkans countries. The 27-nation trade bloc’s tense relationship with China and rising energy prices will also be on agenda.

The informal talks are not expected to deliver concrete results but intended to prepare the ground for a scheduled two-day EU summit later this month in Brussels.

French President Emmanuel Macron, who has for years pushed for a greater strategic autonomy for the bloc, is expected to lead the dinner discussion on AUKUS, the Indo-Pacific defense deal between the U.S., Australia and Britain that led Australia to cancel the contract for diesel-electric French submarines.

“The dinner will focus on the role of the European Union on the international scene — a vast program — but more specifically in light of recent developments in Afghanistan, the AUKUS episode, and more generally, what this says about the trans-Atlantic relationship,” an EU official involved in the meeting preparations said. The official spoke anonymously in accordance with EU practice.

Read more:
Why the European Union is paying more for new COVID-19 vaccines

Australia is acquiring U.S. nuclear-powered vessels instead of the French submarines. The Australian government’s move has infuriated France, which is seeking clarification from Washington about its commitment to European allies. Several EU member countries have expressed solidarity with France.

Macron and U.S. President Joe Biden have discussed the rift over the phone to ease tensions, and Secretary of State Antony Blinken is currently in Paris to try to restore the French government’s trust.

The chief of the EU’s executive branch, European Commission President Ursula von der Leyen spoke with Biden by phone on the eve of the summit. Von der Leyen said they discussed climate change, defense, trade, the Western Balkans and other geopolitical issues.

Macron is now calling on France’s EU allies to use the bloc’s shortcomings in Afghanistan and the fallout of AUKUS as a springboard for developing European defense capabilities while at the same time strengthening ties with the U.S.

The 27 leaders are also expected to reassess their relation with China, a theme they have not discussed as a group for over a year. Since their last talks, the bloc adopted a massive investment deal with Beijing but also approved sanctions against Chinese officials over human rights abuses in the far western Xinjiang region.

“After one year, in this global world, when we see tensions between the U.S. and China, we will clarify our position,” said another EU official who spoke anonymously.

The meeting is set to take place with heightened security as opponents of COVID-19 passes planned to hold demonstrations.