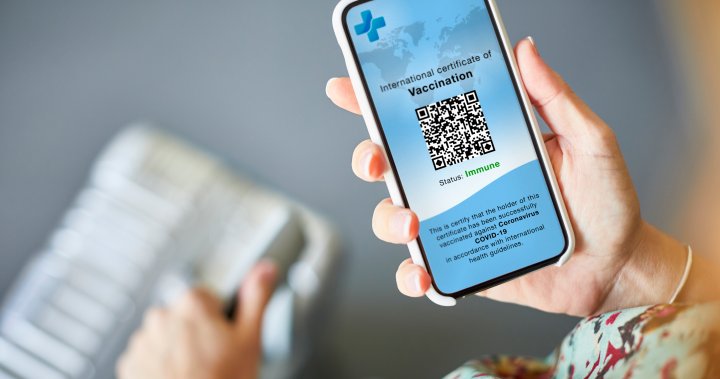 COVID-19 deaths in the U.S. are coming down again, hospitalizations are dropping, and new cases per day are about to dip below 100,000 for the first time in two months — all signs that the summer surge is waning.

Not wanting to lose momentum, government leaders and employers are looking at strengthening and expanding vaccine requirements.

Los Angeles was poised to enact on Wednesday one of the nation’s strictest vaccine mandates — a sweeping measure that would require the shots for everyone entering a bar, restaurant, nail salon, gym or Lakers game.

Minnesota’s governor this week called for vaccine and testing requirements for teachers and long-term care workers. In New York, a statewide vaccination mandate for all hospital and nursing home workers will be expanded Thursday to home care and hospice employees.

Across the nation, deaths per day have dropped by nearly 15 per cent since mid-September and are now averaging about 1,750. New cases have fallen to just over 103,000 per day on average, a 40 per cent decline over the past three weeks.

The number of Americans now in the hospital with COVID-19 has declined by about one-quarter since its most recent peak of almost 94,000 a month ago.

The decreases have been especially sharp in several Deep South states, where cases have gone down more than twice as fast as they have nationwide. Louisiana, Mississippi, Alabama and Arkansas all saw their case numbers cut in half over the past two weeks.

What’s behind the decline isn’t entirely clear, though health experts point out that the numbers are falling as more are people getting vaccinated and new requirements for the shot are being put in place by government and private employers.

The decrease in case numbers could also be due to the virus running out of susceptible people in some places.

The easing is happening along with other encouraging developments, including the possibility that vaccinations for 5-to-11-year-olds will become available in a matter of weeks and the first pill for treating people sick with COVID-19 could reach the market by year’s end.

Worldwide, newly reported cases fell in the last week, continuing a declining global trend that began in August, the World Health Organization said. The U.N. agency reported that the biggest drop decline in deaths was in Africa.

Elsewhere around the world, Russia’s daily coronavirus death toll this week surpassed 900 for the first time in the pandemic amid a low vaccination rate and the government’s reluctance to impose tough infection-control restrictions.

And authorities in Sweden, Denmark and Norway suspended or discouraged the use of Moderna’s COVID-19 vaccine in young people because of an increased risk of heart inflammation, a very rare side effect associated with the shot.

Despite the encouraging direction in the U.S., health experts say it is no time for anyone to drop their guard because there are still far too many unvaccinated people.

“This is still primarily a problem of people who are unvaccinated,” said Jennifer Nuzzo, a Johns Hopkins University public health researcher. “Some of them are taking precautions, but many of them feel like they don’t need to worry.”

1:42
Biden ‘disappointed’ by Republican pushback on his plan to mandate vaccinations

Biden ‘disappointed’ by Republican pushback on his plan to mandate vaccinations – Sep 10, 2021

There is also concern that a new wave could come during the winter months when more people are indoors.

While hospitalizations nationwide are at a two-month low, intensive care units and staff in surging areas from Alaska to New England remain stretched thin.

Despite having some of the highest vaccination rates in the country, some parts of New England, including Maine, are seeing record caseloads, largely among the unvaccinated.