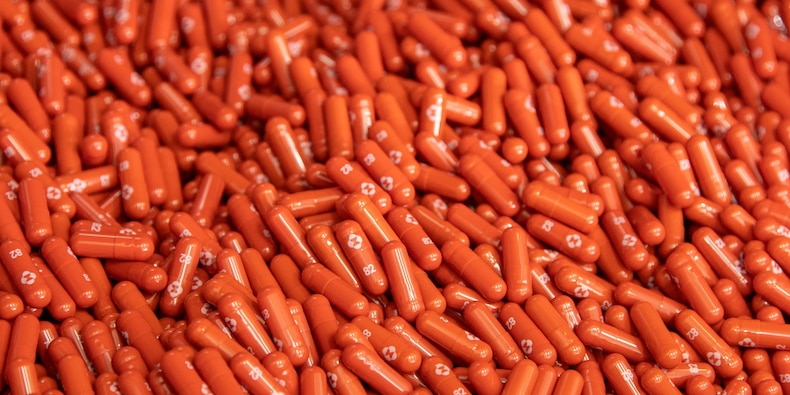 Retail investors have flocked to Merck stock since the company said its experimental antiviral pill significantly cuts key COVID-19 risks, prompting some of those investors to sell shares of vaccine makers to fund their purchases, Vanda Research said Wednesday.

Merck last week said molnupiravir reduces the risk of hospitalization or death by about 50%. Merck made the announcement with the pill’s co-developer, privately held Ridgeback Biotherapeutics.

That news “triggered a wave of retail buying” into Merck shares that so far has amounted to $288 million since last Friday, said Vanda Research, whose VandaTrack tool monitors retail activity in more than 9,000 US stocks and ETFs.

Vanda said some retail investors have raised funds to buy Merck shares by selling stock in COVID vaccine makers including Pfizer, BioNTech and Moderna, leading to $49 million worth of redemptions in those shares.

“Considering the performance gap between vaccine companies and Merck, we expect them to continue chasing this emerging trend,” Giacomo Pierantoni, an analyst at Vanda Research, wrote about retail investors in a weekly update.

Merck stock has climbed by 8.6% since last Friday through Tuesday’s session. Meanwhile, Moderna and Pfizer shares have dropped about 14% and 1.6%, respectively, since last Friday, and BioNTech has pulled back by more than 8% during that period.

Merck and Ridgeback said they will seek emergency-use approval for molnupiravir from the US Food and Drug Administration. The pills are already being produced and if approval is granted, Merck will supply the antiviral to the US through a deal with the government.