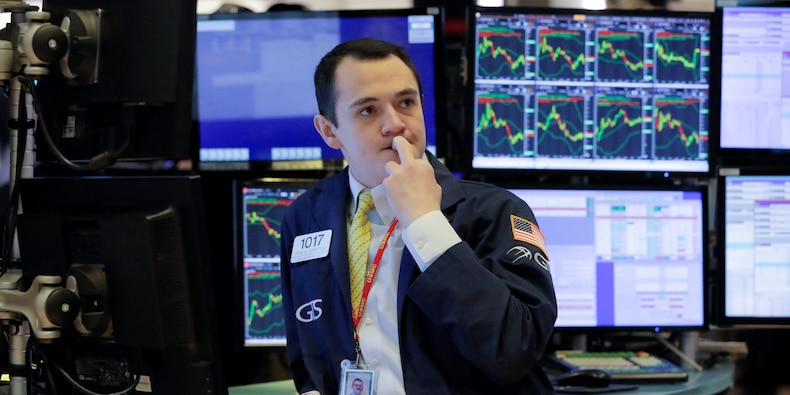 US stocks reversed course to finish higher on Wednesday after the debt ceiling impasse between Democrats and Republicans made some progress.

Both parties have been involved in a game of chicken when it comes to raising the debt ceiling before Treasury Secretary Janey Yellen says the country will run out of money on October 18. The uncertainty of a potential US default has helped spark a rise in interest rates and unease in equity markets.

Senate Minority Leader Mitch McConnell said on Wednesday that Republicans would not block a debt limit extension into December, essentially kicking the can down the road.

“This will moot Democrats’ excuses about the time crunch they created and give the unified Democratic government more than enough time to pass standalone debt limit legislation through reconciliation,” McConnell said in a statement.

Here’s where US indexes stood at the 4:00 p.m. ET close on Wednesday:

Energy prices were volatile on Wednesday, with both oil and natural gas rising sharply in the morning before falling as much as 3%. A surge in demand and lack of supply in Europe and China has contributed to soaring costs. The US said all options are on the table to address the energy shortage, including tapping emergency oil reserves.

Ginkgo Bioworks plunged as much as 24% after a short report from Scorpion Capital alleged that a bulk of the company’s revenue came from shell companies that were controlled or heavily influenced by the synthetic biology company.

SEC Chairman Gary Gensler said that his agency wouldn’t impose a cryptocurrency ban like China has, but added that Congress could. Meanwhile, SEC Commissioner Hester Peirce said it’s a shame regulators aren’t “taking up the mantle” to provide rule on digital currencies.

ARK Invest’s flagship ETF has sold nearly its entire position in Nintendo, ahead of an expected OLED screen update for its popular Switch videogame system.

The gains for Shiba Inu coin keep rolling in after an Elon Musk tweet helped spark a rally in the cryptocurrency. The coin is up more than 220% in the past week.

Affirm surged as much as 19% after it added Target as a partner in offering the buy-now-pay-later service to its customers.

Charlie Munger’s Daily Journal Company has nearly doubled its stake in Chinese e-commerce giant Alibaba. The buys come amid a sharp decline in the stock as China continues to impose a regulatory crackdown against big business.