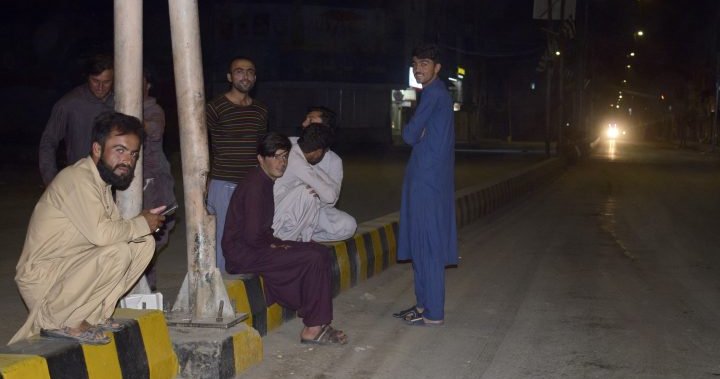 Suhail Anwar Shaheen, the deputy commissioner of the area, said at least 200 people have been hurt and he expected the death toll to rise.

The location is about 100 kilometers (60 miles) from Quetta, the provincial capital that is near the Afghan border.

Map of felt reports received so far following the #earthquake M5.7 in Pakistan 42 min ago pic.twitter.com/CpQhyXlAEE