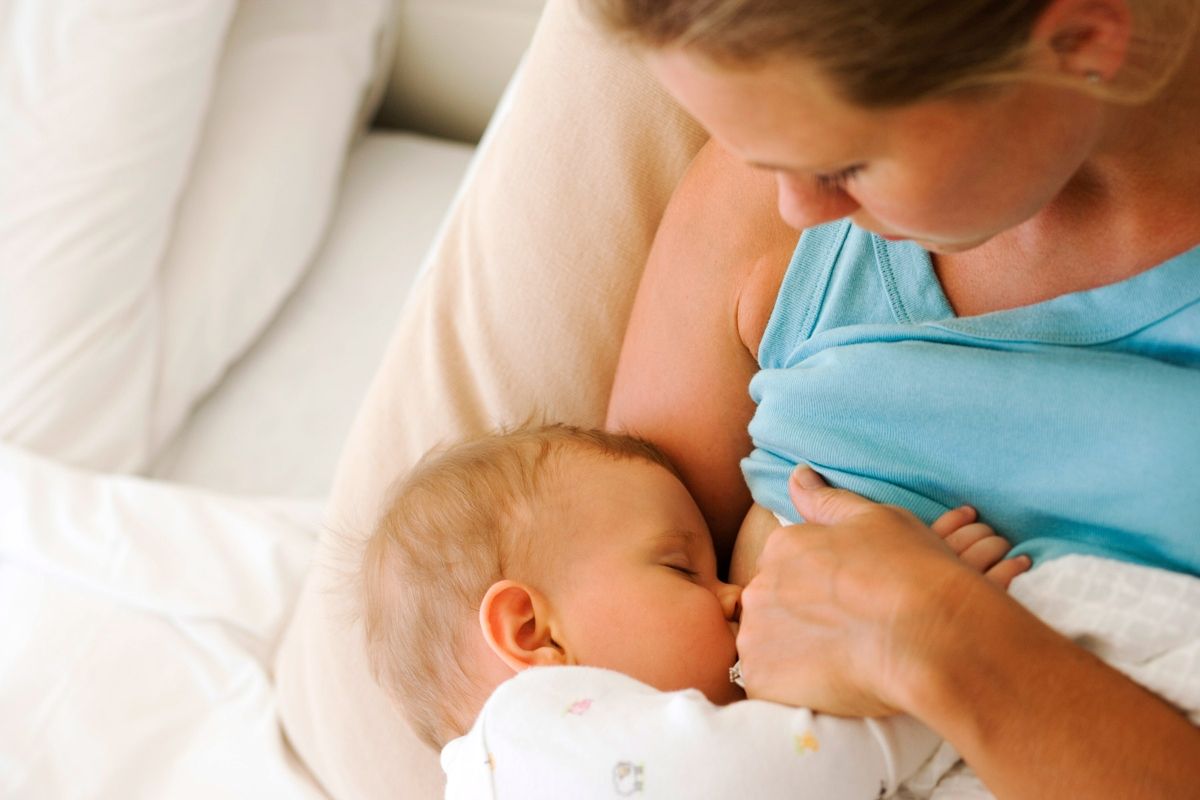 During and after pregnancy, a woman’s body undergoes significant physiological changes as well emotional upheaval. A few physiological changes that a woman experiences during pregnancy are cardiovascular, hematologic, metabolic, renal, and respiratory in order to provide adequate nutrition for the developing fetus inside the uterus. Pregnant women undergo extreme changes in the endocrine system as progesterone and estrogens levels fluctuate rapidly throughout the gestation period to suppress the hypothalamic axis and, as a result, the monthly menstrual cycle.Also Read – 5 Easy Tips For ABC – Acidity, Bloating and Constipation

A woman after delivering the baby has to ready herself to face a host of new challenges. In the midst of the sleepless nights and caring for the newborn, new mothers must adjust to physiological changes among all life-altering changes, most new mothers feel breastfeeding is daunting for them all. The breastfeeding period is often considered as the bonding time between a mother and the newborn, and during this time, new mothers tend to forget to take care of themselves. Also Read – Pale Skin, Weakness, Anxiety: Warning Signs of Vitamin B12 Deficiency You Should Not Ignore And Why

Most of the time, new mothers are preoccupied with caring for the infant that their own health gets sidelined. These symptoms may not appear to be life-altering, but need to be paid close attention to and checked routinely. One such condition that is often overseen is breast lumps, which is considered a common symptom of breastfeeding. The new mothers ignore these lumps assuming they have just blocked milk ducts. However, these are serious early warning signs of breast cancer. It is common for breastfeeding mothers to develop milk clots in the breasts, and these clots are quite similar to those found in those who suffer from breast cancer. Also Read – Body Fitness Tips: What Happens To Body When We Don’t Exercise? Side Effects Of Not Exercising, Explained | Watch Video

Breast cancer is considered to be the most common type of cancer among Indian women, accounting for 14 percent of female cancer patients. According to a recent study by breast cancer statistics every four minutes, a woman in India is diagnosed with breast cancer.

Breast cancer in breastfeeding mothers is often misdiagnosed due to the similarity of the symptoms between cancer and blocked milk duct. But some of the early warning signs that need to be attention to are as follows:

Motherhood can be an overwhelming phase for new mothers and it is the most crucial time to bond with the newborn. While it is perfectly normal to immerse yourself in the nurturing of that tiny miracle, it is also equally important to understand your body and look out for any alarming changes.