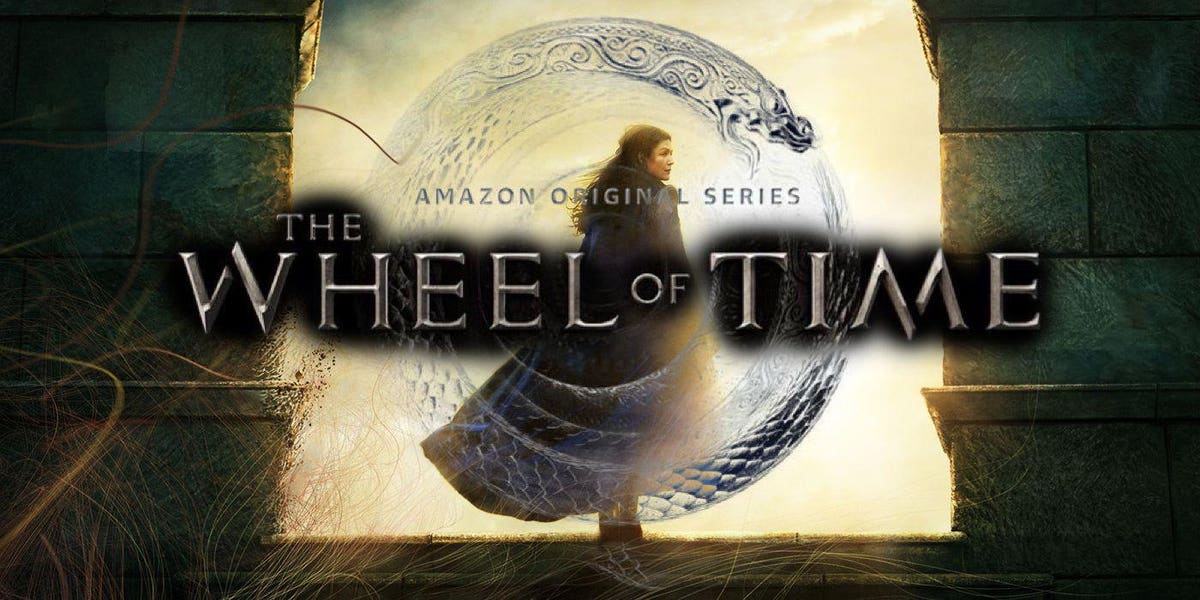 Amazon has dropped the official trailer for The Wheel Of Time, a new series based on the sprawling epic fantasy series by Robert Jordan, and it looks terrific.

Rosamund Pike plays Lady Moiraine, Aes Sedai sorceress who is clearly getting top-billing and is Amazon’s ace-in-the-hole for marketing. But she’s just one among many when it comes to the fantasy’s sprawling cast.

Good luck remembering all those names. (Also, that’s why you need to read my reviews/recaps!)

This is, in some ways, Amazon’s answer to Game Of Thrones—at least until the new Lord Of The Rings show comes out. But don’t expect the same kind of fantasy. This is more kid-friendly. Robert Jordan didn’t write the type of grimdark fantasy that Martin is famous for, which isn’t to say there isn’t anything dark or grim about Wheel Of Time—it’s just a lot less horrific.

People often remark that fantasy author Brandon Sanderson could finish Martin’s A Song Of Ice And Fire if he isn’t able to, which I don’t think is plausible at all. Sanderson, like Jordan, writes much less gritty fiction. Sanderson actually finished The Wheel Of Time series, but that’s only because he and Jordan share a similar fantasy DNA in their work.

I’m also very dubious that this will be as good as pre-Season 7 Game Of Thrones. But that’s an awfully tall order and I’m perfectly fine with a new fantasy show that’s entertaining and fun and full of magic and evil Dark Ones and not all the politicking and character-driven madness of Thrones. Variety is the spice of life and all that.

In any case, this is a solid trailer that should certainly pique your interest whether or not you’ve read the books. I’ve only read the first one and a bit of the second. The thought of a 14 book series is just incredibly daunting and I never got into these when I was younger for whatever reason. For now, the show will have to suffice.

There are a total of 8 episodes in the first season, the first three of which land on November 19th:

I’ll be reviewing/recapping these as they come out so stay tuned!