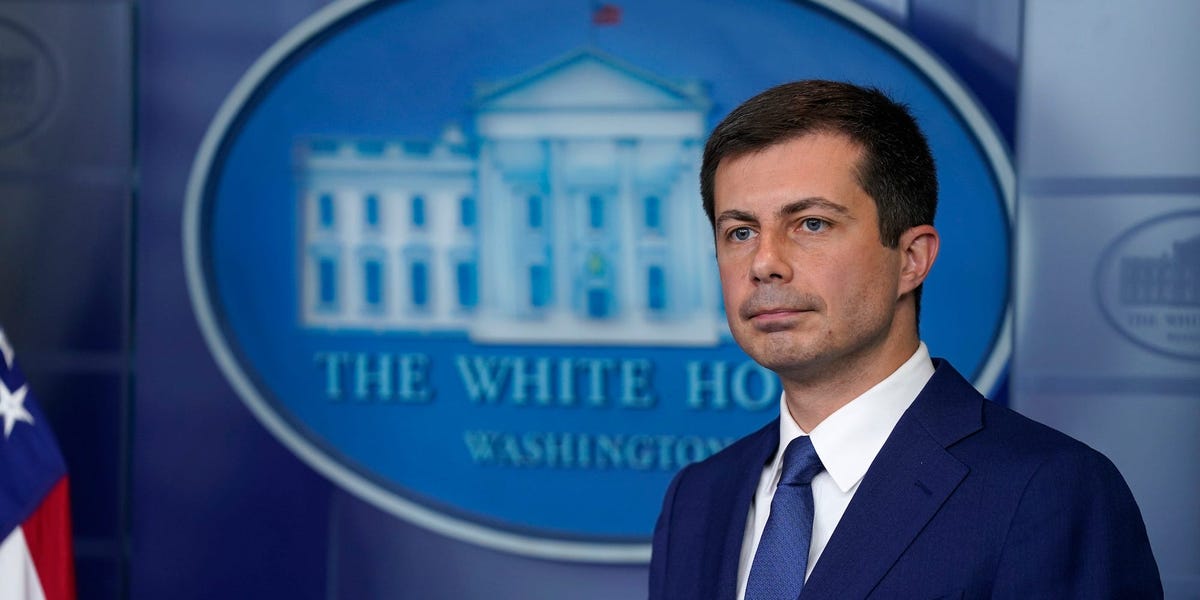 Welcome back to 10 Things in Politics. Sign up here to receive this newsletter. Plus, download Insider’s app for news on the go — click here for iOS and here for Android. Send tips to [email protected].

Here’s what we’re talking about:

1. ON THE CAMPAIGN TRAIL: Pete Buttigieg’s allies would kindly like you to stop talking about 2024. No, seriously. Former staffers, advisors, and donors are issuing what’s akin to a brushback pitch for their fellow Buttigieg supporters who had high hopes that the transportation secretary would step in if President Joe Biden were to opt against running for reelection.

Here’s the latest on the private chatter in Democratic circles:

Buttigieg wants to play the long game: Some former top fundraisers have speculated that Buttigieg would challenge Vice President Kamala Harris for their party’s nomination if Biden were to call it quits. Not so fast, say others in Buttigieg’s orbit. After all, Buttigieg would be challenging the first female vice president, who by the nature of her office would be the most powerful woman and person of color to ever embark on a presidential campaign.

In the meantime, Buttigieg is trying to notch policy wins: He’s been closely involved in the Biden administration’s efforts to overhaul the nation’s infrastructure. A separate dispute over Biden’s massive spending proposal has delayed the bipartisan infrastructure plan’s passage. But Democrats may try to pass both proposals this week. Then again, they have said that before.

Read more about how others in Buttigieg’s orbit are reacting to the 2024 chatter.

2. Supreme Court to hear Texas abortion case: Justices later this morning are set to hear challenges to the state law that virtually ended legal abortions in Texas, the Associated Press reports. Texas’ law is particularly controversial because of its enforcement mechanism and its lack of exceptions for rape or incest. This begins a pivotal month for the future of abortion rights.

3. Biden uses the G20 summit to pivot foreign policy: “Biden sought to reverse key policies and approaches of former President Trump during this weekend’s summit of the Group of 20,” The Washington Post reports. The US agreed to lift some tariffs on steel and aluminum, resolving a long-festering dispute with the European Union. Biden also met with allies to try to reinvigorate nuclear talks with Iran. The US and other G20 nations also endorsed a historic global corporate minimum tax. A senior administration official told reporters the allies were encouraging the administration to “lock in progress as much as possible” in case Donald Trump or another similar president took power. More on what’s coming out of the G20.

4. World leaders didn’t agree on concrete climate goals: Leaders released a joint statement agreeing that “meaningful and effective” action was needed “by all countries” to prevent global temperatures from reaching more than 1.5 degrees Celsius, as previously set forth by the Paris agreement. The G20 statement came just before a crucial global climate summit in Scotland. More on the news.

5. Terry McAuliffe and Glenn Youngkin race to the finish in Virginia: Both sides sought to squeeze some final momentum into the last weekend of campaigning in the closely watched governor’s race, The New York Times reports. Youngkin, the Republican challenger, greeted crowds of 1,000 or more supporters while McAuliffe, a Democratic former governor, held more sparsely attended events. Democrats are encouraged by the more than 1.1 million Virginians who have voted early, but it remains to be seen whether Youngkin’s more-energetic supporters will eclipse any lead on Election Day. Here’s where things stand on the ground in Virginia.

6. Law enforcement failed to see red flags before January 6: “Alerts were raised by local officials, FBI informants, social-media companies, former national security officials, researchers, lawmakers, and tipsters, new documents and firsthand accounts show,” The Washington Post reports in a massive new investigation based on interviews with more than 230 people and thousands of court documents. The FBI was inundated with alerts of people vowing violence at the Capitol, but the bureau largely regarded many of the posts as protected by the First Amendment. FBI senior leaders were also worried any public statements by FBI Director Chris Wray might be “asking for a desperate president to come after him,” as one source told the paper. Read more of the jaw-dropping details, including how Parler tried for months to warn federal officials.

7. American Airlines cancels hundreds of flights: As of Sunday morning, nearly 900 American Airlines flights were delayed and more than 1,500 were canceled since Friday, representing approximately 9% of the airline’s total. The company blamed bad weather at Dallas-Fort Worth International Airport, its largest hub. But overall, as The Wall Street Journal points out, airlines are struggling to restaff to their pre-pandemic levels, which has only compounded any weather or technical problems. More on the issues that are disrupting air travel.

8. Former Google CEO expresses concern about Facebook’s metaverse: Eric Schmidt told The Times that while he believed the technology would soon “be everywhere,” he argued it was “not necessarily the best thing for human society.” Schmidt said he viewed artificial-intelligence technology, which the company now known as Meta uses to run a majority of its platforms’ algorithms, as a “giant, false god” that can create unhealthy and parasocial relationships. The former Google executive isn’t alone in his concerns about AI.

9. White House press secretary tests positive for coronavirus: Jen Psaki said she decided not to travel with Biden on Wednesday after some members of her family tested positive for the coronavirus. She added that she had been isolating since then and tested negative every day from Wednesday to Saturday before testing positive on Sunday. Psaki last saw Biden on Tuesday, when they sat outside, more than 6 feet apart, and wore masks. More on the news.

10. The best Halloween costumes from the world of sports: Aaron Rodgers grew out his hair to be John Wick. While LeBron James went all out to become Freddy Krueger. Check out how other star athletes spent the holiday.

Today’s trivia question: Which building housed the Constitution and the Declaration of Independence before they were moved to the National Archives? Email your answer and a suggested question to me at [email protected].