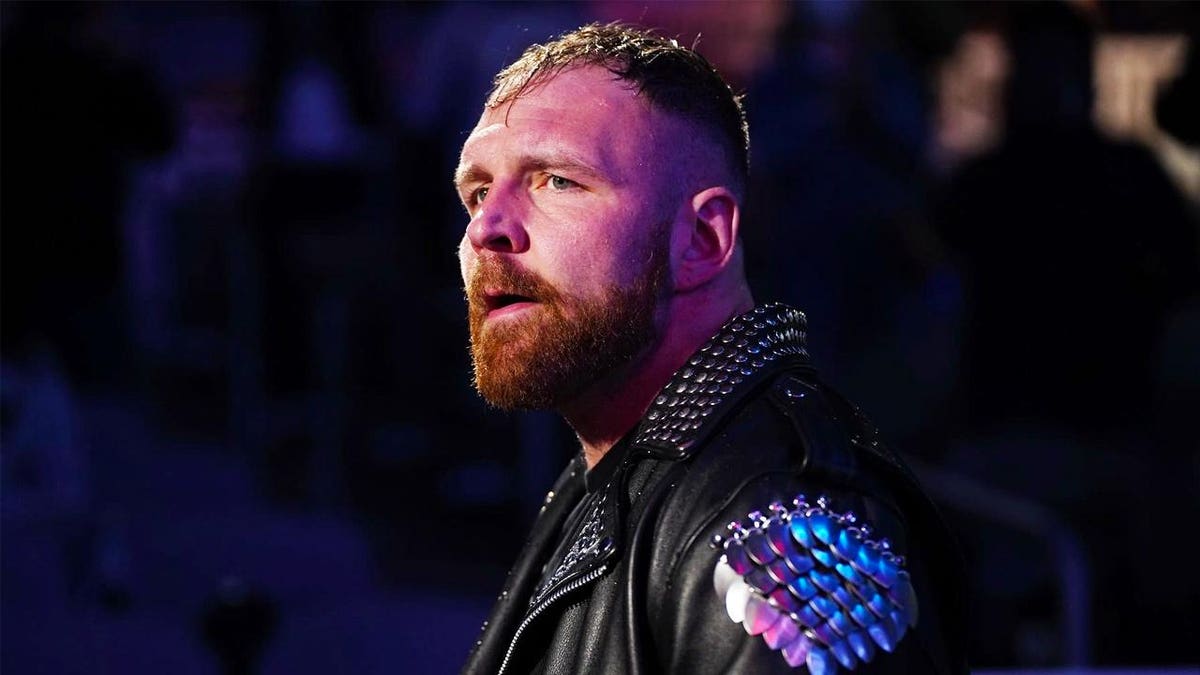 “Jon Moxley has allowed me to share with you that he is entering an inpatient alcohol treatment program,” wrote AEW President Tony Khan.

“Jon is a beloved member of the AEW family. We all stand with him and Renee, and all of his family and friends, as he shifts his focus to recovery.”

Renee Paquette took to Twitter to show her support for her husband as he seeks treatment for alcoholism in a brave decision that will hopefully set up for a feel-good ending.

“Thanks for this outpouring of support. Jon is every bit of the badass we all know him to be,” wrote Paquette.

“I couldn’t be more proud of him for getting to proper help he needs, and being given the space to put his health first. Couldn’t possibly love this man more [heart emoji].”

The first words out of Excalibur’s mouth to kick off AEW Dynamite were touching well wishes to Jon Moxley as he begins recovery for alcohol addiction.

Much like Roman Reigns on SmackDown, Kenny Omega had this crowd eating out of his hands despite being the top heel in the company. But then the bell rang, and they immediately started chanting “Kenny no-balls.”

AEW does a good job of giving big underdogs like Alan Angels a series of hope spots in these matches, so by the end fans buy the idea of a possible upset.

Kenny Omega won this match with multiple V-Triggers, and I’m a big fan of wrestlers winning matches with different finishers.

Michael Nakazawa accompanied Omega to the ring, but didn’t get involved until after when Omega asked for the chair.

The post-match exchange between Omega and Hangman Adam Page was great as Page just barely missed the Buckshot Lariat as he continues his months-long chase of Kenny Omega.

CM Punk said there’s two people who aren’t here today and one of them was Jon Moxley. Fans proceeded to break out into a huge “Moxley” chant. The second person Punk mentioned was Eddie Kingston. Punk did a good job transitioning from a real-life story to a storyline feud.

Punk blamed Eddie Kingston for ruining the possibility of CM Punk vs. Bryan Danielson and while some fans did take the bait, AEW crowds will only boo Kingston so much.

Jurassic Express Brawls with the Superkliq

Jungle Boy surprisingly returned no worse for wear after being thrown off a stage through a table as part of a brutal beatdown just a few weeks ago.

Jungle Boy and Adam Cole is quietly shaping up to be a great feud.

Fans didn’t seem all the way eager to see Christian Cage deliver a con-chair-to to the beloved Adam Cole, though there was a large contingent chanting “one more time!”

Samuray Del Sol is every bit as cool of a name as Kalisto. The rare lateral move in pro wrestling names.

FTR walked out to the old Midnight Express theme, one of the all-time most underrated theme songs in wrestling history.

Aerostar spat in the face of FTR’s “no flips” mantra the second he tagged in and proceeded to perform several flips in a row. Dax Harwood flipped him off for his troubles.

Despite being in Independence, Mo., Chris Jericho opted to shout out Kansas City.

Dan Lambert unnecessarily announced that he was a member of American Top Team, and I instantly knew that he would be chosen to compete in the Minneapolis Street Fight in a swerve.

Paige VanZant is took to pro wrestling promos like a duck to water.

Paige VanZant said she could take on all five members of The Inner Circle by herself, and Jericho didn’t even need a comeback. He even admitted the joke wrote itself.

After Anna Jay got a nearfall for a DDT, Jim Ross astutely noted that DDT’s should be finishers, and if Anna Jay works on the DDT, she could develop it into one.

I was very surprised by Jamie Hayter advancing over Anna Jay in this tournament.

Tay Conti came in to run off the heels and unfortunately it was quite sloppy.

MJF rhetorically asked why fans boo him and cheer Darby Allin, as if MJF hasn’t strategically, and brilliantly, generated these boos for the entirety of his young career.

Darby Allin sat stoically throughout MJF’s entire rant, but he had enough when MJF suggested he could beat Darby Allin with a headlock takeover.

The cameraman missed a Shawn Spears chairshot on the Darby Allin Army, which set off a big brawl on all sides.

Cody Rhodes flipped over the top rope to the apron a la Ric Flair, and Andrade El Idolo did the same to cut him off from running up the apron.

Dynamite came back from commercial just as this crowd was chanting “get the glock.”

Rhodes did an excellent job selling his left knee throughout this match.

There was a brief tease of Arn Anderson vs. Tully Blanchard that blew the roof off Independence, Mo.

These fans all watch Being The Elite because they understood the reference to “Budge.”

“Budge” is taking off as even Tony Khan himself made a reference to Silver’s alter-ego in a tweet.

Miro cut another amazing promo on God (see above), with the best line being “when I look up in anger, do you look down in fear?”

Orange Cassidy wrestled this match with taped ribs and Matt Hardy seething in the audience. Considering he was going against protected monster Miro, his chances of winning were very low.

Bryan Danielson remarked “oh my gosh…” as Miro synched in his submission finisher. Danielson vs. Miro is going to be very good.