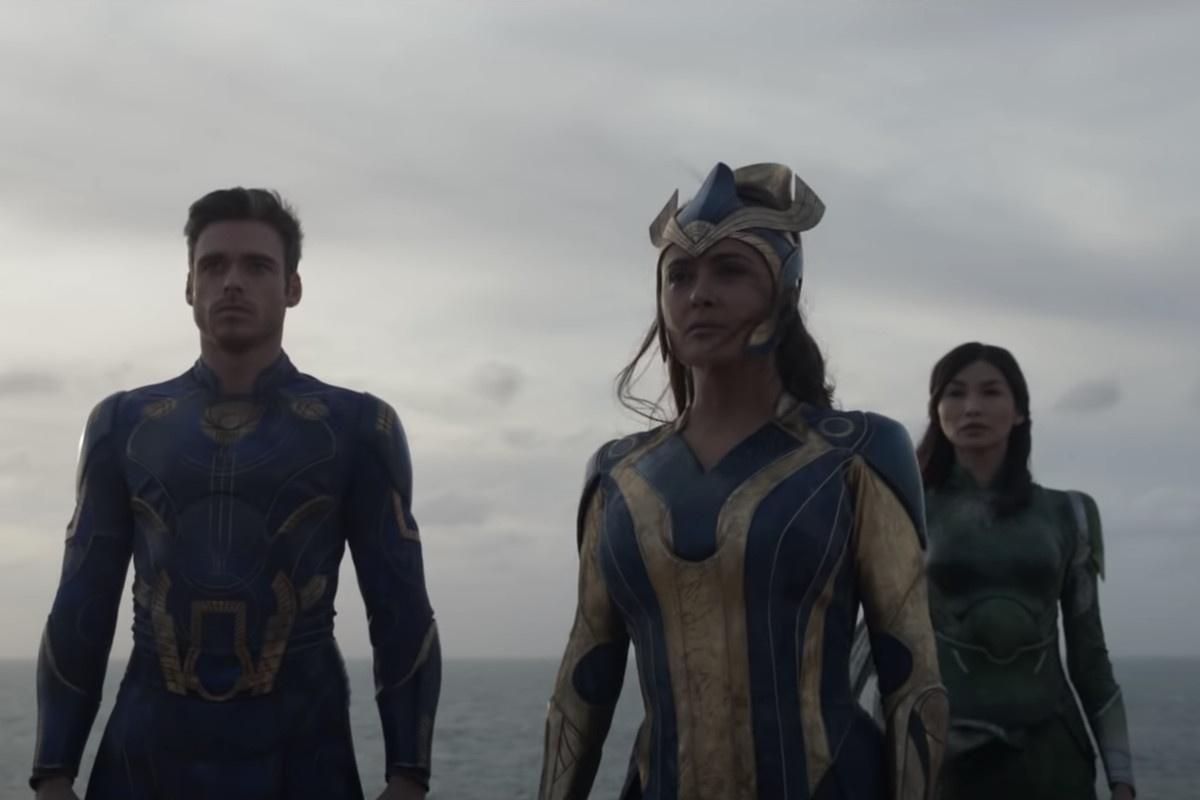 Eternals Director Chloé Zhao is winning some unlikely comic book fans over today with a new interview talking about a film that inspired parts of Eternals, Zack Snyder’s Man of Steel.

In an interview with French outlet cinema.jeuxactu.com, she talked about how much she liked Man of Steel, and how she wove Snyder’s vision of Superman into elements of Ikaris:

“You said it, not me! Superman is the Übermensch, the ultimate man, the superman, a concept that exists in all cultures. Of all modern interpretations of Superman, this is Zack Snyder’s with Man Of Steel which inspired me the most because he approached this myth in an authentic and very real way. I remember thinking it was Superman by Terrence Malick when I saw the trailer. This film left a strong impression on me. But Ikaris is, of course, our own take on Superman.”

One notable moment in the film is when a child asks Ikaris if he’s Superman, after seeing him fly around and use laser vision against monsters on TV. Ikaris jokes that no, he’s not, because he doesn’t wear a cape. But this is probably the first time I can remember seeing an MCU film reference a DC hero so openly. Not that Superman exists as a literal presence in the MCU, but the mythology of Superman exists in the MCU. As in, he’s a comic book hero/movie hero there, like he is here. Hell, that kid probably saw Man of Steel.

The other implication is that the existence of Ikaris throughout human history was what inspired the idea of Superman in the first place. Kind of funny, if you think about it that way.

Of course, there is no greater way to instantly grant yourself an army of fans than to praise Zack Snyder on the internet, so Chloé Zhao is being heralded as a heroine after heaping public praise on Snyder for Man of Steel, a film that did somewhat badly with critics, but audiences appreciated quite a bit more. Very similar to how Eternals itself is being received, with a wide divide between critic opinion and audience appreciation, and it looks like it’s going to have robust box office returns this weekend, despite the initial negative buzz as the “worst reviewed MCU movie.” That is true, by any metric, Rotten Tomatoes score, average critic score, Metascore, but fans seem to mostly like it, and it’s the numerically widest divide between critics and fans in MCU history. A very strange case indeed.

Before the conspiracies start, no, I do not believe Snyder fans are “love bombing” the user score to increase it to help out Zhao’s movie after these comments. The score was high before these comments even began being circulated. In this case, see it for yourself, and see what you make of it.

Pick up my sci-fi novels the Herokiller series and its audiobook, and The Earthborn Trilogy, also on audiobook.