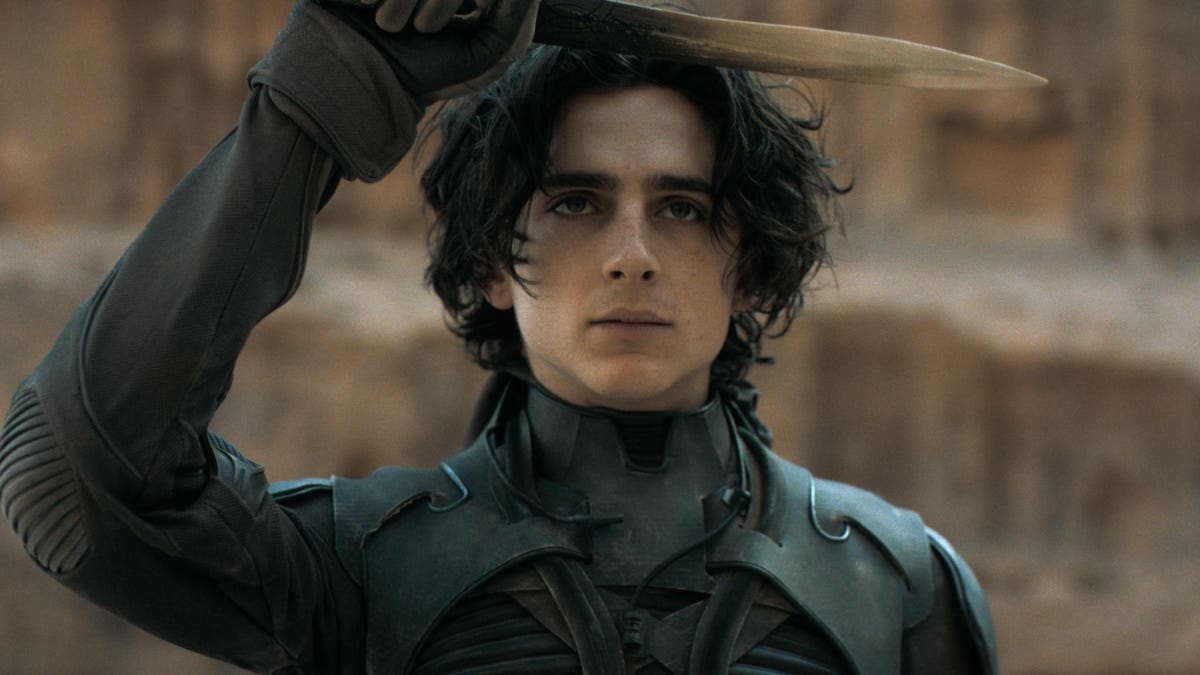 In holdover news, Dune earned $7.62 million (-51%) in its third weekend, bringing its domestic total to $83.95 million in 17 days. That’s a halfway decent hold, considering Eternals took most of its IMAX
/PLF screens, and I’m curious as to whether the general audience reception for the MCU movie will serve to benefit the Frank Herbert adaptation. Nonetheless, $100 million domestic is a coin toss at this point. Its domestic total is above Godzilla Vs. Kong ($80 million) after three weekends, but the MonsterVerse flick only dropped 43% in weekend three with a $7.8 million gross. That said, I’m expecting Warner Bros. to drag the Denis Villeneuve-directed sci-fi epic kicking and screaming across the milestone if possible. WB hopes that the film’s next month or so (sans HBO Max) will inspire better legs as the casually curious and awards season fans have no choice but to see it in a theater.

The film earned another $11 million overseas, bringing its overseas total to $246.5 million and its global cume to $330 million worldwide (including $36 million in China) thus far. Presuming normal rates of descent, it’s looking like a final global cume of over/under $375 million. Under normal circumstances, that would be a whiff for a reportedly $165 million franchise-starter, in line with The Golden Compass ($373 million on a $180 million budget), Edge of Tomorrow ($371 million/$178 million) and even Mad Max: Fury Road ($376 million/$155 million). But Legendary and WB have already green-lit a theatrical sequel for October 20, 2023. I’m old enough to remember when Tron: Legacy and Alita: Battle Angel earned just over $400 million on respective $170 million budgets and called it a day. Dune part Two will be put-up or shut-up time for those arguing Dune part One would have earned much more absent the pandemic-specific variables.

MGM and Universal’s No Time to Die earned $6.2 million (20%) in weekend five, bringing its domestic cume up to $143.15 million. The film arrives on PVOD this Tuesday, par for the course for a Comcast
flick which opens above $50 million domestic. Recent history implies it won’t drop dead as a result. Another hold this and No Time to Die might find itself among the $160-$168 million likes of Die Another Day, Casino Royale and Quantum of Solace. Meanwhile, the 25th official James Bond film earned another $27 million overseas, including $11.59 million (-61%) in China for a $49 million ten-day cume. It’ll end up between Skyfall ($61 million) and Spectre ($83 million) in China, and it currently sits with $524 million overseas and $667 million worldwide. Barring a fluke, it’s now almost certain to pass F9 ($721 million) as the biggest non-Chinese global grosser of 2020 and 2021 with an over/under $735 million finish.

Meanwhile, Sony’s Venom: Let There Be Carnage earned another $4.465 million (-22%) holding great against Eternals and bringing its cume to $197 million. It’ll pass $200 million domestic sometime next week, with two out of three “pandemic-era” $200 million earners (alongside Shang-Chi and Bad Boys For Life) belonging to Sony. Spider-Man: No Way Home will be the third, so we’ll see if anything else (Encanto, Sing 2, Matrix 4, etc.) can join the club. The $110 million-budgeted sequel has now earned $227.6 million overseas and $425 million worldwide without a penny from China. The surprisingly good animated Ron’s Gone Wrong (a fine kid-friendly riff on how social media has replaced rather than supplemented conventional human-to-human relationships) earned $3.6 million (-4%) in weekend three for a $17.577 million 17-day domestic (and $47 million worldwide) total. It’s a commercial flop for sure, but I’m glad it’s somewhat sticking around.

Wes Anderson’s The French Dispatch earned $ $2.6 million (-3%) in its third weekend, including its second weekend of wide release. The acclaimed and buzzy flick has earned $8.47 million domestic (and $17 million worldwide). With a hold like that, even adding 417 theaters, it may at least reach the $17-$24 million likes of Rushmore and The Life Aquatic *if* it ends up in the Oscar race. It was never going to pull worldwide grosses on par with The Grand Budapest Hotel ($172 million), not in 2021. Even sans-Covid, global earnings on par with Moonrise Kingdom ($68 million) or The Royal Tenenbaums ($72 million) would be a miracle. Halloween Kills dropped like a rock after Halloween. The slasher sequel earned $2.35 million (-73%) for an $89.715 million domestic and $119 million worldwide cume. It’s not making it to $100 million domestic, but it’s still an unmitigated smash hit.

Alas, last week’s newbies all dive-bombed. Antlers will earn $2 million (-53%) for a miserable $7.6 million ten-day cume. Edgar Wright’s Last Night in Soho will earn $1.8 million (-57%) for a tragic $7.7 million ten-day total. My Hero Academia: World Heroes’ Mission grossed $1.66 million (-76%) in weekend two. Still, Funimation is more than fine with an $8.8 million ten-day cume for this anime import. MGM’s The Addams Family 2 has now earned a good-enough $55 million domestic (after a $1.44 million sixth-weekend) and $89 million worldwide. That’s along with whatever it has earned on PVOD. Shang-Chi and the Legend of the Ten Rings will earn $502,000 (-53%) in weekend ten for a $223.7 million domestic and $418 million global cume. Ridley Scott’s The Last Duel has earned $10.5 million domestic and $23 million worldwide on a $100 million budget. Scott’s House of Gucci will have another chance to save grown-up cinema on Thanksgiving.