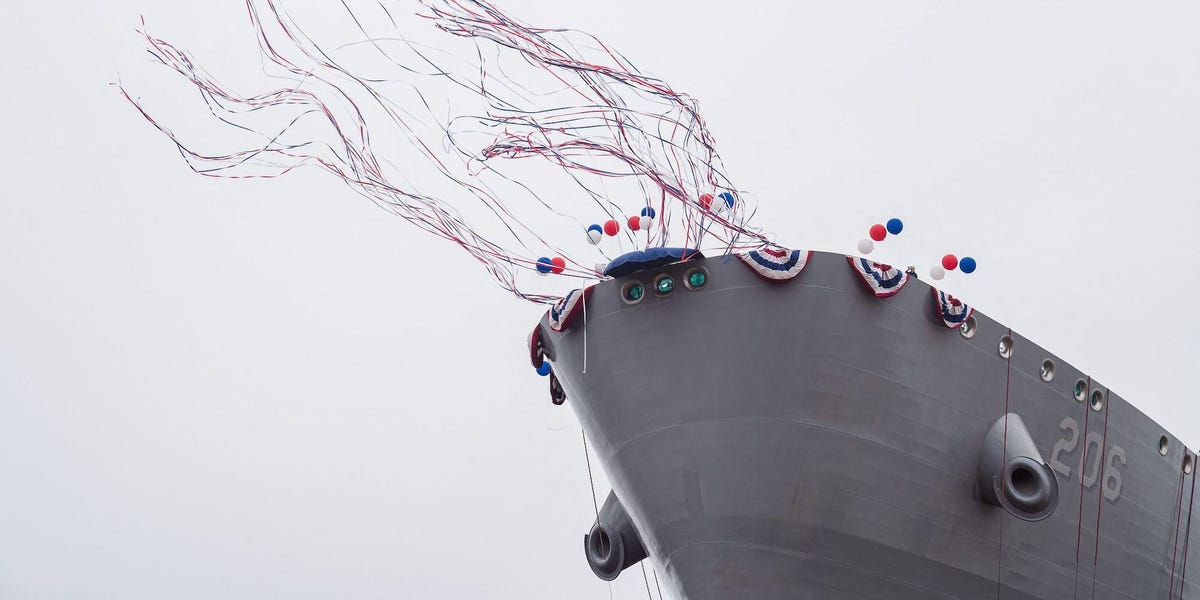 More than 70 years after gay rights activist Harvey Milk was forced out of the US Navy due to his sexuality, the service launched a ship named in his honor.

On Saturday, the USNS Harvey Milk set sail in San Diego, one of six ships dedicated to prominent civil rights leaders, including Sojourner Truth, John Lewis, and Robert F. Kennedy. Milk served four years in the Navy in the 1950s, in roles such as diving officer and lieutenant aboard a Korean War rescue ship before he was discharged.

The ship was launched in a ceremony led by Navy Secretary Carlos Del Toro, who spoke out about the need of the service “not just to amend the wrongs of the past but to give inspiration to all of our LGBTQ community leaders.”

“For far too long, sailors like Lt. Milk were forced into the shadows or, worse yet, forced out of our beloved Navy,” Del Toro said at the event. “That injustice is part of our Navy history, but so is the perseverance of all who continue to serve in the face of injustice.”

Milk served as one of America’s first openly gay politicians when he was elected to the San Francisco Board of Supervisors in 1977. As a politician and activist, he fought for progressive policies, including banning housing and employment discrimination on the basis of sexuality.

The LGBTQ icon, along with San Francisco Mayor George Moscone, was assassinated in 1978 by former city supervisor Dan White. In the decades since his death, Milk has been praised for his role in furthering equal rights for gay Americans.

Others in attendance at the event included Stuart Milk — Milk’s nephew and co-founder of the Harvey Milk Foundation — as well as former Navy officer Paula M. Neira, clinical program director for the John Hopkins Center for Transgender Health, according to the Associated Press.

“The secretary of the Navy needed to be here today, not just to amend the wrongs of the past, but to give inspiration to all of our LGBTQ community leaders who served in the Navy, in uniform today and in the civilian workforce as well too, and to tell them that we’re committed to them in the future,” Del Toro said on Saturday.