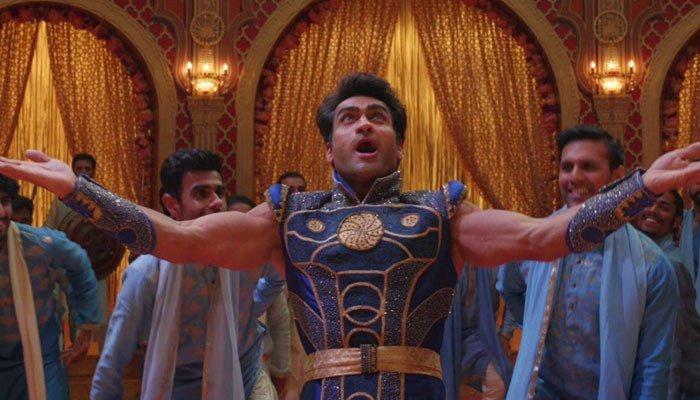 One thing that really surprised me about Eternals was the film’s choice of pop-culture references, and other coincidences that were just kind of amusing for various reasons.

I really enjoyed Eternals despite it being too long, and one of the reasons was the humor. Another was just that it felt kind of quirky and different from most Marvel movies these days.

In the MCU it’s very common now for characters to talk about Iron Man or Captain America or Spider-Man because these are all superheroes that exist in this fictional reality. They’re not comic book characters, they’re actual flesh-and-blood people (and aliens) who are basically the world’s biggest celebrities (something Amazon’s The Boys leans with dark parody).

So it was surprising when not one, but two DC superheroes were name-dropped in Chloe Zhao’s Eternals.

Both Superman and Batman are brought up during Eternals, and I’m not sure about this but I don’t think any other MCU film has so brazenly referenced DC characters like this before. I had always assumed that in the fictional MCU’s reality, DC characters and comics just didn’t exist at all.

But in Eternals, Kumail Nanjiani’s character Kingo is also a Bollywood mega-star and he has a valet named Karun (Harish Patel) and when he reveals his job another character says “Oh, like Alfred?” which is a reference to Batman’s butler in the DC comics and films.

The sheer amount of Game Of Thrones stuff in Eternals was kind of hilarious to me.

Both Kit Harrington and Richard Madden played important characters in the movie, though Harrington’s character really only became important during the second post-credits scene.

These actors played Jon Snow and Robb Stark respectively in Thrones, half-brothers of the North and sons of Ned Stark. They play Dane Whitman and Ikaris respectively in Eternals, and both have a romantic relationship with Gemma Chan’s character whose name is—hilariously—Sersi.

This is all out of the comics, of course, but when you have Jon Snow and Robb Stark telling someone named Sersi “I love you” it’s pretty damn funny for anyone who watched or read Game Of Thrones.

In GoT, Cersei Lannister is one of the most diabolical, vile and cruel villains in the Seven Kingdoms; and of course Cersei and Sersi sound exactly the same. In fact, the very first sex scene in the MCU takes place between an actor best known for his role as Robb Stark and a female space god named Sersi. That cracks me up.

Eternals is a slower, more brooding film than most MCU entries—though End Game was pretty bleak at times. But it still has lots of comic relief.

All the Bollywood scenes with Kingo were hilarious, as were his and Karun’s attempts to make a documentary about the Eternals’ new fight against a resurgent Deviant menace.

And of course, there was that Harry Styles cameo. Styles plays Eros, the diminutive brother of Thanos, and is accompanied by Pip the Troll, voiced by comedian Patton Oswalt. Quite a few people in the theater screamed and cheered over this scene. I had no idea there were so many Patton Oswalt fans out there!

I also loved how the toughest of the Eternals, the group’s muscle, Gilgamesh (Don Lee), was actually just a big softie who likes to cook and bake and make beer with his own saliva, all while taking care of his mentally ill girlfriend, Thena (Angelina Jolie).