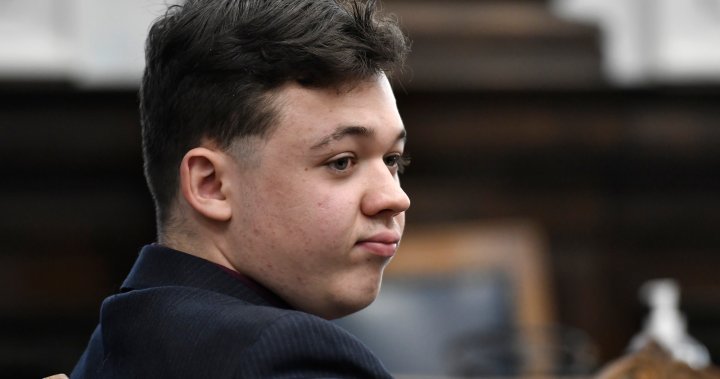 The only protester shot by Kyle Rittenhouse to survive is due to testify on Monday, offering potentially critical testimony to a jury that must decide whether the U.S. teenager justifiably feared for his life when he opened fire with his rifle.

Rittenhouse, 18, has been charged in the deaths of two men and for attempting to kill Gaige Grosskreutz, 27, during racial justice protests on Aug. 25, 2020, in Kenosha, Wisconsin following the police shooting of a Black man, Jacob Blake.

Rittenhouse, who faces life in prison if convicted, has pleaded not guilty and says he acted in self-defense. His lawyer said in court that Rittenhouse would take the stand in his own defense.

Grosskreutz, a former paramedic who like Rittenhouse was carrying a medical aid kit that night, has said he was in Kenosha to support the protests as well as to help anyone who was hurt. He was holding a handgun when Rittenhouse shot him.

His testimony on Monday could prove pivotal as the trial enters its second week. Last week, multiple witnesses provided testimony that seemed to support the teen’s claim of self-defense, especially in the case of Joseph Rosenbaum, the first of two men he shot and killed.

The trial is the highest profile court test of a civilian’s right to self-defense since George Zimmerman was acquitted in the fatal shooting of Trayvon Martin, an unarmed Black teenager, in 2013.

Similar to that case, the Rittenhouse shootings have proven to be highly divisive, with the teen emerging as a cause celebre for some conservatives in the perennial battle over gun rights and many on the left seeing him as a vigilante killer.

For prosecutors, Grosskreutz represents the only chance to question a survivor and elicit testimony that could rebut the notion that he was a threat to Rittenhouse, who fired a bullet that severely injured Grosskreutz’s right arm.

“It’s important for the public to know Gaige’s story and what really happened that night,” Kimberley Motley, Grosskreutz’s attorney, told Reuters. “Rittenhouse did not have a legal right to shoot him. Gaige was not threatening him.”

Mark Richards, an attorney for Rittenhouse, said the evidence would show that Grosskreutz “went after” his client, and that an expert they plan to call to analyze video of the shooting would establish that Grosskreutz posed a threat.

“The slowed down video from our self defense expert will leave no doubt what his intent was,” Richards wrote in an email to Reuters.

Shortly before midnight, Rittenhouse shot Rosenbaum, 36, in the parking lot of a used car dealership. He then fled the scene and a number of protesters started pursuing him, some yelling things like “Get his ass!”, according to video evidence and a criminal complaint filed days after the shootings last year.

After stumbling to the ground, Rittenhouse shot Anthony Huber, 26, who had swung a skateboard at him. Grosskreutz, who was approaching the teen, froze after Huber was shot, took a step back and put his hands in the air while still holding his pistol, according to the complaint.

“Grosskreutz then moves towards the defendant who aims his gun at Grosskreutz and shoots him, firing 1 shot,” the complaint says.

In media interviews, Grosskreutz has said he came to Kenosha from the Milwaukee area because he was disturbed about the Blake shooting and wanted to provide medical aid to any protesters who needed it. He said that while he supports the right to bear arms he was worried about calls online for armed militia to police the streets.

“I never fired my weapon that night,” he told CNN last year. “I was there to help people not hurt people.”