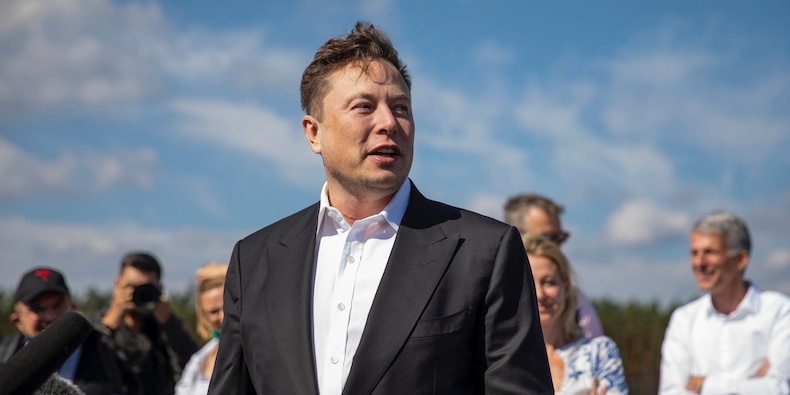 Tesla fell as much as 7% in premarket trading on Monday after CEO Elon Musk proposed a sale of about 10% of his gigantic holding of the company’s shares.

Musk on Saturday asked his 63 million Twitter followers whether he should sell 10% of his Tesla stock, and they said he should. He added: “I will abide by the results of this poll, whichever way it goes.”

The entrepreneur has previously said that he plans to sell stock before the end of the year. He told the Code conference in September: “A huge block of options will sell in Q4 – because I have to or they’ll expire.”

Musk likely faces a large tax bill in the region of $15 billion on his stock options, according to calculations by CNBC, which he was awarded in 2012 and which have since soared in price. He has also taken out personal loans using his shares as collateral.

The Tesla boss tweeted on Saturday: “Note, I do not take a cash salary or bonus from anywhere. I only have stock, thus the only way for me to pay taxes personally is to sell stock.”

Shares in Tesla have soared in 2020 and 2021 as investors flush with cash due to government and central bank stimulus have bet that the company will lead the green revolution in transport.

Strong third-quarter earnings and rental car company Hertz’s announcement that it would buy 100,000 Teslas have helped push the stock up more than 50% over the last month.

The dramatic rise in Tesla’s stock price has sent Musk to the top of the global rich list. He’s now worth $338 billion, according to the Bloomberg Billionaires Index, and has seen his wealth rise by $169 billion over the last year. Amazon founder Jeff Bezos is second, with $202 billion of wealth.