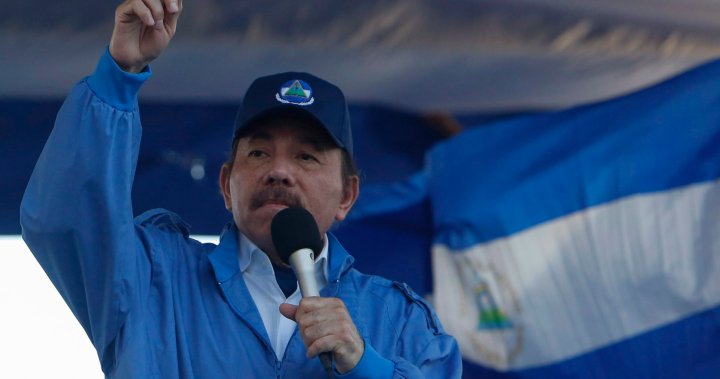 Nicaragua’s President Daniel Ortega easily locked in a fourth consecutive term after suppressing political rivals, results showed on Monday, leading the United States and other countries to warn of possible sanctions and press for free and fair elections.

Nicaragua’s Supreme Electoral Council said that with nearly all the ballots counted, a preliminary tally had Ortega’s Sandinista alliance winning with about 76% of votes.

In the months leading up to Sunday’s election Western and many Latin American nations had expressed deep concern about the fairness of the vote as Ortega detained opponents and business leaders, canceled rival parties, and criminalized dissent.

Election observers from the European Union and the Organization of American States were not allowed to scrutinize the process and journalists were barred from entering Nicaragua.

U.S. Secretary of State Antony Blinken said his country will work with other democratic governments and was ready to use a range of tools, including possible sanctions, visa restrictions and coordinated actions against those it said were complicit in supporting the Nicaragua government’s “undemocratic acts.”

Democrats in the U.S. Congress pushed for President Joe Biden to back the so-called Renacer Act that aims to intensify pressure on Ortega and pursue greater regional cooperation to boost democratic institutions.

A statement by all 27 EU members accused Ortega of “systematic incarceration, harassment and intimidation” of opponents, journalists and activists.

The elections “complete the conversion of Nicaragua into an autocratic regime,” the EU said. Canada, Chile, Costa Rica, Spain and Britain called for detained opposition leaders to be freed.

Canada’s Minister of Foreign Affairs Melanie Joly said in a statement that the elections “do not reflect the will of the Nicaraguan people.”

We stand with the people of #Nicaragua, who have been robbed of free & fair elections. We will work with democracies in the region & around the world to urge the Ortega regime to change course & seek a peaceful & democratic resolution to the crisis.https://t.co/XC1ZcoVdhT

In a speech that lasted more than an hour on Monday evening, Ortega fired back against the United States and Europe, labeling them “Yankee imperialists.”

“They wanted to be at the head of the Supreme Electoral Council… counting the votes of the Nicaraguans,” Ortega said, addressing supporters from Revolution Square in Managua. “That won’t happen again in Nicaragua. Never again, never again.”

Of his jailed opponents, Ortega said, “They are not Nicaraguans, they have no homeland.”

Cuba, Venezuela and Russia all offered Ortega their backing.

Mexico’s foreign ministry said it would not comment on the election until official results were posted. Mexico maintained a critical view of Ortega’s jailing of opponents but backed non-intervention in Nicaragua’s affairs, a Mexican official said, speaking on condition of anonymity.

Ortega’s victory consolidates the increasingly repressive political model he has built in recent years along with his wife, Vice President Rosario Murillo.

A former Marxist rebel who helped topple the right-wing Somoza family dictatorship in the late 1970s, Ortega says he is defending Nicaragua against unscrupulous adversaries bent on ousting him with the aid of foreign powers. His government has passed a series of laws that make it easy to prosecute opponents for crimes such as “betraying the homeland.”

Just five little-known candidates of mostly small parties allied to Ortega’s Sandinistas were allowed to run against him.

“Most people I know decided not to vote, they say it’s madness,” said Naomi, an opponent of the government from the eastern port of Bluefields, who declined to give her last name for fear of reprisals.

“What they’re doing here is a joke.”

In the 1980s, Ortega served a single term as president before being voted out. He returned to the top job in 2007.

Tens of thousands of Nicaraguans have since fled the country. Many of them gathered in neighboring Costa Rica on Sunday in a show of defiance against Ortega.

Prolonged discontent is expected to fuel more emigration to Costa Rica and the United States, where record numbers of Nicaraguans have been apprehended at the border this year.

Rights activist Haydee Castillo, who was arrested in 2018 and now lives in the United States, called the election “a farce.”

“He has not conceded anything despite the resolutions and declarations that the international community has made,” Castillo said.