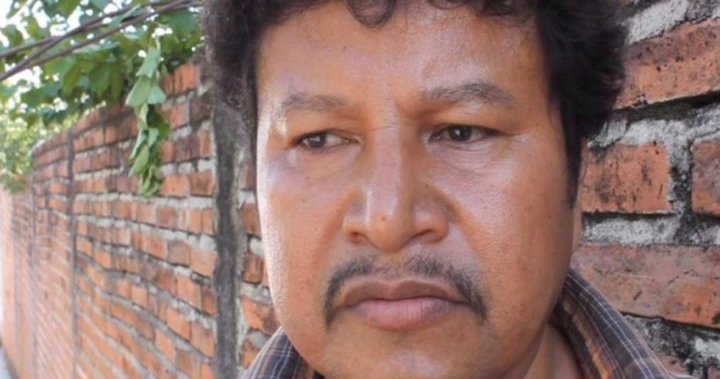 Family and supporters of a Mexican activist who was killed after opposing a Canadian company’s mining project are challenging a federal ombudsman’s decision not to investigate the matter.

Federal lawyers say there is no reason to revisit the commissioner’s decision to close the file.

After hearing several hours of arguments Monday, the appeal court reserved judgment until a later date.

The case stretches back to 2007 when Calgary-based Blackfire Exploration Ltd. opened a barite mine in Chiapas, Mexico, prompting local opposition, demonstrations and a blockade of a route to the project.

After being beaten and threatened with death for leading protests over the mine’s environmental and social effects, activist Mariano Abarca was fatally shot outside his home in November 2009.

2:20
Most Ontario miners rescued after being trapped for days

Most Ontario miners rescued after being trapped for days – Sep 28, 2021

Chiapas officials shut down the mine the following month.

Members of Abarca’s family and organizations concerned with mining abuses presented information to integrity commissioner Joe Friday in 2018, asking him to probe whether there was wrongdoing by members of the Canadian Embassy in Mexico.

They argued the embassy never investigated the source of the tensions between the community and Blackfire and did not conduct a violence-related risk assessment.

The family members and groups also noted that, while embassy officials met Mexican officials to advocate on Blackfire’s behalf, there was no indication the embassy raised concerns with the Mexican government about Abarca’s safety or the importance of respecting democratic values such as free speech.

In April 2018, Friday found there was no breach of a code of conduct and no wrongdoing by the embassy in its interactions with Blackfire, given its mandate to assist Canadian companies abroad. Friday also concluded the embassy had not ignored human rights concerns, noting that after Abarca was arrested by police in 2009 the embassy sought information about his detention.

Federal Court Justice Keith Boswell ruled two years ago that it was reasonable for the commissioner to decide not to investigate on the basis the embassy had broken no code of conduct.

Boswell said although the applicants pointed to aspirational documents and policies that were later put in place, they had not identified anything that created a legal obligation upon the embassy to act in a certain manner.

“Undoubtedly, the Applicants would have liked the Embassy to have acted in a certain way, and perhaps Mr. Abarca would not have been murdered,” Boswell wrote. “However, the Commissioner’s decision not to investigate was, in my view, reasonable and constitutes an acceptable outcome defensible in respect of the facts and law.”

Nicholas Pope, a lawyer for the family members and supporters, told the appeal court on Monday that commissioner Friday’s decision was unreasonable.

Underpinning the argument is an assertion that Friday did not account for the evidence before him and failed to consider the harsh consequences in two instances, and that he adopted an unreasonable interpretation of the threshold for investigation on another point.

Every decision must be justified by its reasons, Pope said.

“Although the Appellants have engaged in a line-by-line search trying to find an error, a full reading of the decision leaves no doubt that the Commissioner carefully examined the evidence,” federal lawyers said in a written submission to the appeal court.

“The Commissioner reached his decision that an investigation was not warranted after a fair process that was consistent with the legislative framework.”