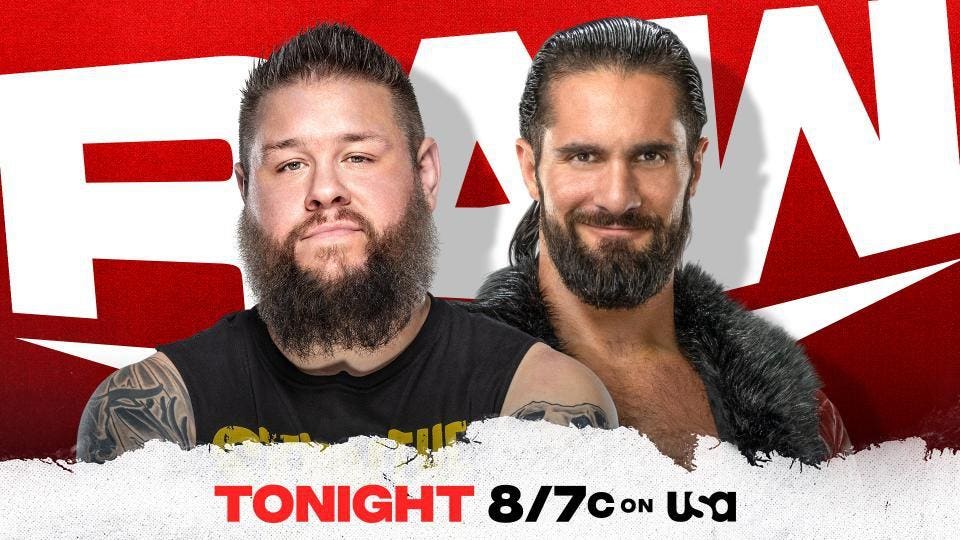 WWE Raw started with Big E rubbing cocoa butter on his body, which is one of the many benefits of WWE embracing black Superstars.

Seth Rollins was met with “you look stupid” chants (deservedly so) and proceeded to roast Louisville, Ky.’s fashion choices.

The Street Profits are on an alarming losing streak since coming to WWE Raw, so much so, it was brought up on commentary.

A Street Profits-RK-Bro tag team title feud is just what the doctor ordered for the Street Profits, but they’re going to need to start winning some matches before the feud is even remotely interesting.

Kevin Owens asking babyfaces for their opinions about him really feels like he’s going through an existential crisis.

Words cannot describe how happy I was to see Bobby Lashley reunited with MVP.

A Bobby Lashley vs. Rey Mysterio feud could be a lot of fun.

Backstage, Austin Theory snapped a selfie while the Mysterios were tending to Dominik’s injuries, unbeknownst to them.

I’m glad WWE continues to promote Valedictorian Chad Gable achieving his Master’s degree at Full Sail University with a 4.0 GPA. Otis even called Gable “The Master!” throughout this match.

Though there is a size difference (in thickness), Big E and Gable are evenly matched as compact, singlet-wearing suplex machines.

Gable got a lot of offense in this match and even got to work over Big E’s left knee for an extended period of time.

Drake Maverick got to keep his happy-go-lucky NXT theme music he shared alongside Killian Dain.

The funniest part of this comedy segment was R-Truth holding hands with the referee while running to the ring.

Corey Graves won the 24/7 Championship, followed by Byron Saxton before it went back to Drake Maverick. All told:

Becky Lynch has left a lot to be desired on commentary, but she got off to a hot start with a well-times Liv Morgan diss: “when Byron Saxton has more title wins than you, you know something’s wrong.”

Becky Lynch spent much of her guest commentary burying Liv Morgan, which was further indication that Morgan was going to win.

The crowd really wasn’t into this match, which was quite clunky throughout and probably too long for a Fatal 5-Way.

After acting like a heel all night by suggesting Bianca Belair shouldn’t be in this match, Doudrop made things official with a random heel turn when she cost Belair this match.

The entrances for this match began around 7:30 PST, and if this is the true main event, Kevin Owens and Seth Rollins are going to get a lot of time.

Big E slapped the smartphone out of Austin Theory’s hand, and it’s the rare instance where a more serious Big E is the one who does not have time for any comedy.

As Big E sat quietly, observing this match, I feel like we were robbed out of at least half-an-hour of his commentary.

These two men worked too hard for the half-hearted “this is awesome” chant that this match received.

This match was longer than some gauntlets, only to end in disqualification.

Staying true to his character, Kevin Owens turned heel despite questions of whether he could be trusted.